A Capacity to Wonder

Alice McDermott is not only a National Book Award-winning novelist and an Irish Catholic, but she’s also a longtime resident of Bethesda, Maryland, just north of the District of Columbia. That may not sound like news, but to those of us who love F. Scott Fitzgerald and who’ve (in my case) made repeated pilgrimages to the grave he shares with his wife, Zelda, in St. Mary’s churchyard in nearby Rockville, the thought of McDermott living in proximity to Fitzgerald’s final resting place is provocative. During her talk, I noted that she left Fitzgerald out of a list she ticked off of American Catholic novelists. I wondered whether she saw Catholic elements in the greatest American novelist of them all. (Save your arguments for a later date.)

At the dinner after her talk, I waited for a chance to ask her about the Catholic influences in The Great Gatsby. Beyond that, I wanted her response to a specific comment about Gatsby that I’d heard during a recent visit back to my old (Catholic) high school in Queens, New York. Some of the students there in an AP English class were discussing the novel and said that they thought Gatsby’s “fatal flaw” was that he wasn’t happy within himself, so that he mistakenly “filled himself up” with money, cars, and dreams of Daisy. I thought their reading of Gatsby was reductive, especially since the famous last pages of the book acknowledge and celebrate a spiritual yearning for something greater, something “commensurate with man’s capacity to wonder.”

Not surprisingly, McDermott was well acquainted with Fitzgerald’s biography and his Catholic background. She mentioned his short story “Absolution,” which was originally supposed to be included in The Great Gatsby and tells the story of a priest on the verge of a spiritual breakdown, hearing the confession of a young boy (a Jay Gatsby prototype). She indicated that, as many of Fitzgerald’s critics point out, his Catholicism, though he had lapsed, seeps into his writing.

Even more interesting, though, was McDermott’s response to the high school students’ moralistic reading of the novel. She said she thought that in this era when students have been encouraged to think critically about the term “universal,” Gatsby’s ending pages which speak of a transcendent yearning for meaning would probably raise post-modernist hackles in the classroom—even a Catholic high school classroom. (Whose meaning? Define “transcendent.” Historicize the yearning, please!) It’s safer these days, McDermott suggested, to talk about Gatsby’s misguided consumer obsessions than it is to try to speak about his “unutterable” longings for something greater.

I’d add that to speak of those longings in Gatsby is to acknowledge their presence in yourself, the reader—probably too much to ask of your average high school student who’s trying to be cool. That’s why Gatsby (Baz Luhrmann’s looming teen extravaganza 3-D movie notwithstanding) is better appreciated with age. 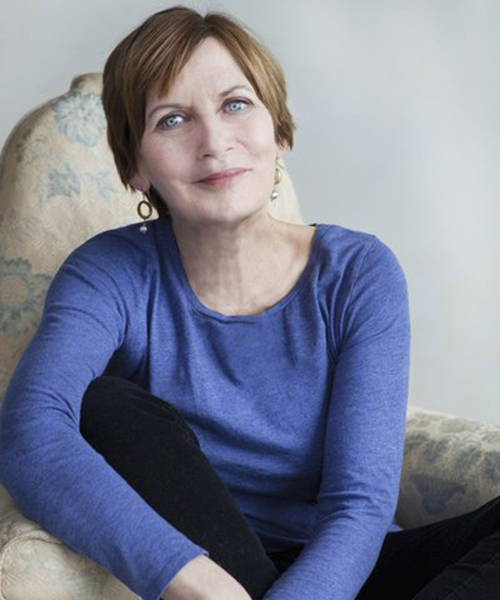 Maureen Corrigan, book critic for NPR's Fresh Air, is the Nicky and Jamie Grant Distinguished Professor of the Practice in Literary Criticism at Georgetown University. She is an associate editor of and contributor to Mystery and Suspense Writers (Scribner) and the winner of the 1999 Edgar Award for Criticism, presented by the Mystery Writers of America. In 2019, Corrigan was awarded the Nona Balakian Citation for Excellence in Reviewing by the National Book Critics Circle. Corrigan served as a juror for the 2012 Pulitzer Prize in Fiction. She is the author of So We Read On: How The Great Gatsby Came To Be and Why It Endures (2014) and the literary memoir Leave Me Alone, I'm Reading! (2005). Corrigan is also a reviewer and columnist for the Washington Post's Book World. Corrigan received her Ph.D. and M.A. from the University of Pennsylvania and her B.A. from Fordham University.

Not a Problem, but a Fact
Peter Manseau