Not a Problem, but a Fact

Given the divisiveness of religion in American life, and the depressing frequency with which religion contributes to political violence around the world, it’s no surprise that today’s novelists often seem unsure about what role faith should play in their work.

Many fiction writers seem either to avoid religion intentionally, or else to allow their own indifference or antagonism toward it to create gaps in their visions of human experience. For some, religion, if it is mentioned at all, is used as window dressing—a few interesting details to be described but then forgotten. For others, religion is presented, as Alice McDermott has said, as a “problem” within their characters’ lives.

Two of this century’s most talked about novels provide examples of these differing approaches to religion in contemporary fiction.

Jonathan Franzen’s The Corrections, published just 10 days before the September 11 terrorist attacks, set out to be a big book about the “the way we live now,” yet for all the attention it gives to belief one might have wondered (in the months following its publication especially) if Franzen had written not the Great American Novel, but a novel about a country that seemed remarkably like America except in one crucial area: that of religion. Telling the story of a Midwestern family struggling with a father’s physical decline, it had just one memorable scene in which religion played a part. Intriguingly, this was not the family Christmas the mother of the family, Enid Lambert, hopes for, but a passing image in the novel’s closing pages, when Enid is lifted in a chair at her son’s surprisingly Jewish wedding. It’s a wonderful moment, and yet given the lack of attention paid throughout the novel to what it means to belong to one religious community or another, it seems that Enid’s son is made to marry a Jewish woman simply so the author can show us the long-suffering matriarch literally raised up and celebrated at last.

Amy Waldman’s The Submission, published 10 years later, was written in direct response to 9/11 and tells the story of a competition to design a suitable memorial to the victims of the attacks. When a Pakistani-American wins and it is revealed that his design may have been inspired in part by Islamic artistic traditions, the ensuing drama puts religion—the problem of religion—on every page. We meet a variety of Muslim characters—from the thoroughly secular architect who felt no connection to his Muslim faith until it became suspect, to the immigrant woman whose husband was among the dead—and yet as convincing and sympathetic as these portraits are, each character’s pedagogical purpose at times threatens to overwhelm his or her individual vitality. Occasionally, they seem less like snapshots of a diverse community than self-conscious illustrations of the varieties of Muslim experience. How these people, and their approaches to religious faith, fit in American culture is a problem to be considered, though to the credit to of the novelist, it is one the novel doesn’t purport to solve.

Between these two poles, there is rich and often untapped fictional territory in which religion appears closer to the way it works in real people’s lives—not as the source for sentimental scenes or timely plot devices, but rather as the setting in which stories unfold. Setting in this sense need not refer only to the places and times in which characters interact, but also to their emotional landscapes, their imaginations, their inner lives. To borrow from Paul Tillich, faith in fiction could serve as the novel’s ground of being: a set of assumptions shared by characters, the beliefs through which they would—if they were more than words on paper—give meaning to their lives.

Such an approach to the depiction of faith in fiction need not imply anything about a novelist’s own stance toward religion. It is merely a way for writer and reader to take characters seriously, allowing them to experience belief as it truly functions in the world, not confined to particular situations, but always beneath the surface, and likely to spring up anywhere.

Alice McDermott’s approach is a good example of this middle way between faith as an oddity to be exploited and faith as an issue to be addressed. The Catholicism of many of her characters is as encompassing as air, but it is rarely reduced to the things that happen in churches or the positions taken in politics. Instead, it is seen in the neighborhoods where the characters live, the stories they tell each other, the ways they present themselves to the world. As it is for the majority of people who consider themselves religious to some degree (which is perhaps to say the majority of all people everywhere): belief is not a problem for these characters, but a fact.

More novelists might follow this lead: allowing religious belief to be as mundane as it often is, reminding readers that faith matters not in spite of its ordinariness, but because of it.

“God obviously wanted us to look for him in ordinary things,” McDermott said at Georgetown last week, “otherwise he would not have made so many of them.” 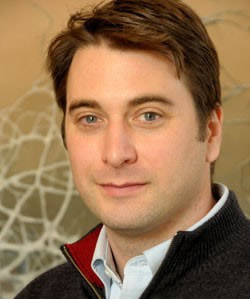 Peter Manseau is an author and currently a doctoral candidate in religion at Georgetown University, as well as the Patrick Henry Writing Fellow and lecturer in English at the C.V. Starr Center for the Study of the American Experience at Washington College in Chestertown, Maryland. His publications include Rag and Bone: A Journey Among the World's Holy Dead (2009), Songs for the Butcher’s Daughter (2008), Vows: The Story of a Priest, a Nun, and Their Son (2005), and Killing the Buddha: A Heretic’s Bible (2004, co-authored with Jeff Sharlet). His book Twenty Gods or None: The Making of a Nation from the Margins of Faith is under contract with Little, Brown & Co for anticipated publication in 2014. He received his B.A. from the University of Massachussetts - Amherst and M.A. from Georgetown University.
comments powered by Disqus

A Capacity to Wonder
Maureen Corrigan