Pro-Palestinian activists have dubbed the May 2021 Palestinian reaction to Israeli policies in Sheikh Jarrah and the Al-Aqsa compound as the “Unity Intifada.” The term denotes the national solidarity and religious duty shared by the resisting Palestinians in Gaza, the West Bank, Eastern Jerusalem, and Israel. At times, it seemed that the interethnic violence on the streets of Israel could become indistinguishable from the clashes between Israeli soldiers and settlers and the Palestinians in the Occupied Territories. Moreover, the events threatened to open the scars of the early 2000s—namely, the October 2000 events in the Galilee, which saw the Second Intifada in the Occupied Territories bleed into Israel’s recognized borders, culminating in the killing of 13 Arab citizens by Israeli police fire. Another negative consequence of the May 2021 escalation, scarcely mentioned in the foreign coverage of the events, was the near erasure of recent constructive developments in the relationship between Jewish and Arab citizens in Israel.

Another negative consequence of the May 2021 escalation was the near erasure of recent constructive developments in the relationship between Jewish and Arab citizens in Israel.

Right before the last round of violence began, in early May 2021, following four inconclusive Israeli election cycles in two years, talks were well on the way of forming a coalition government headed by Naftali Bennet and supported by an assortment of left and right Zionist parties and an Arab party affiliated with one of the local iterations of the Muslim Brotherhood movement (RA’AM). Then, on May 13, Bennet—who had much to lose politically from joining forces with the left and an Arab party—suspended the talks in light of the worsening security situation. However, when the violence receded to pre-escalation levels, the harsh images of street fighting and lynchings were overcome. Naftali Bennet, a settler-supporting right-wing Zionist, became the thirty-sixth Israeli prime minister by leaning on the votes of RA’AM.

The formation of this unlikely coalition came after a re-alignment of Israeli politics away from the traditional left/right split to either pro- or anti-Netanyahu stances. This allowed for a major shift in the Israeli discourse on Palestinian Arab participation in national politics. Notions as old as the state itself that the Arab parties and politicians are illegitimate, dangerous, and even “pro-terrorism” remained prevalent, but gradually, Zionist parties from the left, center, and then even the right began pursuing and justifying ad hoc political coordination with the Arab parties in order to unseat the indicted yet popular Benjamin Netanyahu. Sensing that this could be the difference between winning and losing, Netanyahu, who occasionally rallied his base by inciting against the Arab parties and their constituents, now courted the Arab vote with a pandering Arabic-language campaign and a frantic tour of Arab locales. Netanyahu’s appeal to the Palestinian Arab citizens did not give him a parliamentary majority, but the Likud grew its support among Arabs by 60% and became the Zionist party most supported by Palestinian Arab voters.

The formation of this unlikely coalition came after a re-alignment of Israeli politics away from the traditional left/right split to either pro- or anti-Netanyahu stances.

Netanyahu’s success among Arab voters confirmed a recent change of sentiment among Palestinian Arabs in Israel. Their despair with the fragmentation and stagnation of the Palestinian national movement sent Palestinian Arabs in Israel to pursue a more civic agenda of tangible improvement to their quality of life as Israeli citizens. Leaders of the Joint Arab List, an amalgamation of four Arab parties, were attentive to the desires of their constituents and entered an ultimately failed coalition negotiation with ex-chief of staff Benny Ganz of the 2014 Gaza War infamy. Ahead of the fourth election cycle, Mansour Abbas, head of RA’AM, broke from the Joint List and ran alone on a ticket of willingness to support any candidate, including Netanyahu, so long as his government will deliver on issues of particular concern for the Arab citizens: illegal housing construction, development budgets, and violent crime reduction. Last March, once it became clear that Netanyahu could not form a government based on right-wing parties alone, his coterie of surrogates embraced on social media Mansour Abbas’ pragmatism and moderate leadership. This gave RA’AM the Kosher stamp that paved the way for forming this unique coalition between an Arab party with an avowed national and Islamist agenda and a pro-settler, right-wing Zionist party.

As mentioned, the formation of this unprecedented coalition came about in the context of contingencies internal and external to Israeli and Palestinian national politics. However, there is an important reality, frequently ignored by commentators from academia and activism, which must be acknowledged to understand this historical moment properly: The Israeli citizenship held by Palestinian Arabs actually means something.

There is an important reality which must be acknowledged to understand this historical moment properly: The Israeli citizenship held by Palestinian Arabs actually means something.

Since 1948, those Palestinians who found themselves within its borders continuously fought to hold Israel true to the values that advocates for the “only democracy in the Middle East” like to waive. Through struggles and alliances with Zionist parties and organizations, the Palestinian Arab citizens carved an uncomfortable yet real place for themselves within Israeli society. To do so, they had to attenuate their stance against Zionism, strictly adhere to non-violent forms of opposition, and even accede to certain foundations of Zionist ideology, like recognizing the national (yet not exclusive) rights of Jews in their homeland.

I am not trying to paint a pretty picture. The story of Palestinian Arabs in Israel is not one of successive civil rights victories in a multiethnic democracy. As a community, their identity and collective memory have been forged by acts of deadly state violence, political persecution, and systematic discrimination in budgets, land allocations, and employment opportunities. Moreover, the relationship between the Jewish state and its Palestinian Arab citizens has always been affected by the ebbs and flows of the wider Israeli-Palestinian and Israeli-Arab conflict, which have known many lows and few highs.

To remove an increasingly Trump-like leader, Jewish Israelis have opened the door, ever so slightly, to more meaningful participation of Palestinian Arabs in Israeli decision-making.

Nevertheless, May of 2021 turned into June. The Palestinian Arab citizens in Israel proved again that they are a distinct Palestinian constituency who care very much for their brethren in the Occupied Territories and the various diaspora, but seek to help them by embracing their status as Israeli citizens. On the other hand, to remove an increasingly Trump-like leader, Jewish Israelis have opened the door, ever so slightly, to more meaningful participation of Palestinian Arabs in Israeli decision-making. Suppose this government ends up serving the citizens of Israel well. In that case, the Palestinian Arab citizens will gain even more legitimacy among mainstream Zionists. Then they could help Israel to reverse course from its ever-entrenching apartheid policies. 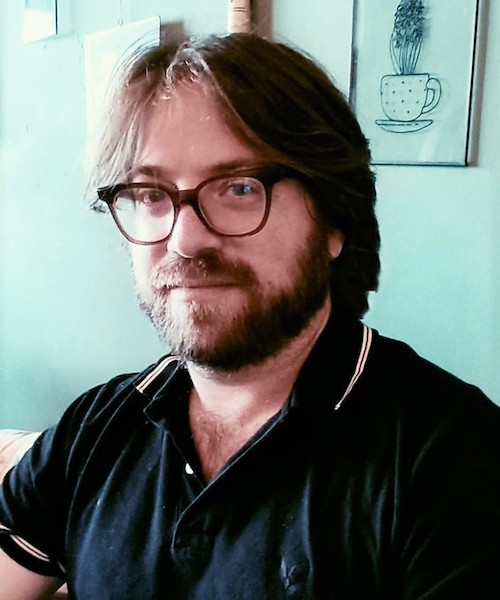 Dr. Arnon Degani is a Lady Davis Postdoctoral Fellow at the Hebrew University’s Avraham Harman Research Center and a research fellow at MOLAD: The Center for the Renewal of Israeli Democracy. Currently, he is adapting his dissertation to a book titled “‘Our Arabs:’ The Subordinate Integration of Palestinians into Israeli Society, 1948-1967.”