Palestinian Citizens of Israel and the Future of Political Integration

The outbreak of violence in May 2021 was yet another round in the ongoing Israeli-Palestinian conflict. The violent encounter between Hamas and Israel that led to the loss of lives and suffering of Israelis and Palestinians is, unfortunately, not surprising. However, in this recent round of violence, events have extended to Israel proper, the Israeli territory within the internationally accepted Green Line. Widespread protests by Palestinians in Israel erupted in Arab-majority localities and mixed cities with Jewish Israelis.

In this recent round of violence, events have extended to Israel proper, the Israeli territory within the internationally accepted Green Line.

While examining the events, one might look at their development and how a minor trigger in one place later caused a loss of life or damage to property on a large scale. Another perspective is how an uncontrolled riot emerged from a peaceful protest, with mobs and criminals taking the lead to incite and spread chaos. Here, we offer an outlook on the underlying causes of the events in Israel.

Multiple explanations have been suggested for the May events inside Israel. One suggestion was that this was an act of solidarity with the suffering of the Palestinians in East Jerusalem, claiming the May events were an extension of the Israeli-Palestinian conflict into Israel proper. Another claimed that Palestinians in Israel wanted to protest Israeli policies regarding worship rights in the Al-Aqsa Mosque, suggesting this is a component of the religious-based conflict between Jews and Muslims. A third claim asserted that this was a regular act of protesting the discrimination of Palestinians in Israel. A fourth claim, among many others, explained that these events resulted from the damage done by a decade of a divisive right-wing governments that shifted Israel away from democracy.

These explanations bring to the discussion a varied array of perspectives, including external influences on the Palestinian society in Israel.

In this essay, I suggest framing the May 2021 events as a clash between two major opposing processes. On the one hand, there is a significant shift within the Palestinian minority in Israel, and on the other hand, an opposite approach is taking place within the Israeli Jewish majority. In this sense, the May 2021 events represent a clash between these external and internal processes.

The Palestinian society has reached an established sense of collective identity, as well as a somewhat established leadership at the national level in the political parties and the High Follow-Up Committee. Indeed, external processes—such as the Arab Spring, the rise of popular Islam, and the stalemate of the Israeli-Palestinian peace process—have contributed to these changes in some ways. In the past two decades, these processes, among others, have led the Palestinians in Israel to a position where they desire to become a united society that is integrated within Israel.

This process has not been matched with an invite from the Israeli Jewish majority. The accepted approach among the majority of the Jewish Israelis and their leaders is to only deal with some individual rights and improve the Palestinians’ socioeconomic situation in Israel. Group rights, as well as the desire to integrate, have been ignored. For example, in my recent book, I detailed the under-representation of Palestinians in the three branches of power of the Israeli political system and their segregation from the Israeli “political game.” Furthermore, in my recent article, I explain the Palestinian protest against the nation-state basic law and the different approaches of the Muslims, Christians, and Druze. While the Druze do not self-identify as Palestinians, they also protested the new legislation. They ended up with an open and ongoing quest to re-evaluate their narrative within the Israeli collective. Yet again, this signals that the responsibility is upon the Israeli Jewish majority to offer a new deal of partnership with religious and ethnic minorities.

This signals that the responsibility is upon the Israeli Jewish majority to offer a new deal of partnership with religious and ethnic minorities.

On the other front, regarding political integration, there has been some noticeable progress. Despite the May 2021 events, the thirty-sixth government was formed. This government is significant on multiple levels. However, the most important one for our discussion is that this government has the most far-reaching promise of including the Palestinian citizens in Israel’s politics and society.

The thirty-sixth government is the first to include an Arab party in the coalition: the United Arab List (UAL). UAL represents the southern branch of the Islamic Movement in Israel. The inclusion of the UAL in the coalition is promising in terms of representing an under-represented minority and the possible effect on inclusion in society. In addition, the coalition agreement incorporates policy changes and budgets to improve the lives of Palestinians in Israel. The UAL is expected to appoint a deputy minister from its ranks, representing another breakthrough for any Palestinian party in Israel. The current government includes for the first time two non-Jewish ministers from other parties, one Muslim and one Druze. This increases the total number of non-Jewish ministers in Israel’s history from three to five.

These actions represent an important first step toward inviting Palestinian citizens to become an integral part of Israeli politics and society.

The increased influence of the Palestinian politicians is not limited to the coalition and the cabinet. For example, they are also breaking the glass ceiling in the Knesset. In the twenty-fourth Knesset, there are two Arab members who were appointed to chair permanent Knesset committees.

Regardless of the political fate of the current government, these actions represent an important first step toward inviting Palestinian citizens to become an integral part of Israeli politics and society. 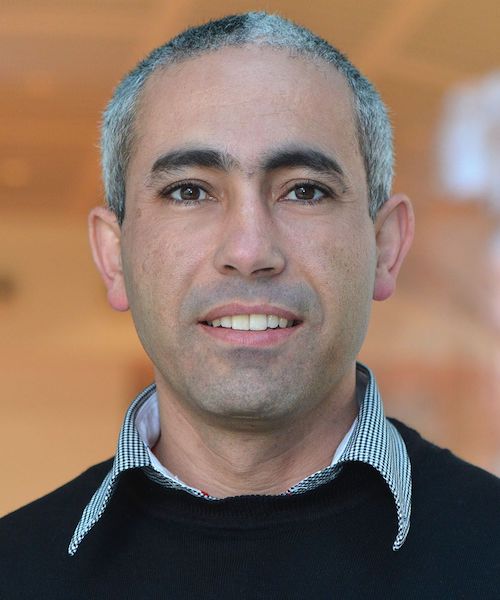 Rami Zeedan is an assistant professor in the Program in Jewish Studies at the University of Kansas. His research focuses on Israeli politics and history. Dr. Zeedan is the author of several academic articles and two books: The Arab-Palestinian Society in the Israeli Political System: Integration versus Segregation in the Twenty-First Century (2019) and Battalion of Arabs: The History of the Minorities Unit in the IDF from 1948 to 1956 (2015, in Hebrew).