Palestinians in Israel: Then and Now

To understand its possible futures, we must understand something of its history and that of Palestinians in Israel within it, who make up a fifth of citizens. A key feature of that history has been Israel’s efforts to divide Palestinian citizens of Israel physically, politically, and socially from Palestinians in the occupied territory of the West Bank and Gaza Strip.

There are two dynamics that are particularly important in this present moment. One is the assertion of solidarity among Palestinians across historic Palestine and beyond. It is not the first time, and prior instances of cross-Palestinian activism are instructive.

The second is the way that Israel’s actions are revealing—and with increasing starkness to wider audiences—that their project is one of settler-colonialism across all of historic Palestine. They prompt questions about whether Israel will continue to “tolerate” Palestinians’ presence inside Israel. This is at the level of state policy and popular attitudes.

Israel’s actions are revealing—and with increasing starkness to wider audiences—that their project is one of settler-colonialism across all of historic Palestine.

Their similarly abusive treatment of Palestinians—whether those citizens in Israel or the occupied subjects in the West Bank, Gaza Strip, and East Jerusalem—and Palestinians’ widespread resistance shatters what analyst Nathan Thrall has dubbed “the separate regimes delusion.” This is a discourse that maintains a perception that Israel is a democracy, while criticism is limited to Israel’s violations of Palestinians’ rights under military occupation in the West Bank, Gaza Strip, and East Jerusalem. The uniformity of Israeli suppression and unity of Palestinian action demand a single lens for viewing Israel and its so-called “Arab Question” across Israel and the occupied territory.

Some bemoaned the demise of “peaceful coexistence” in Israel after clashes this May among Jewish Israelis and Palestinians. As Palestinian lawyers Diana Buttu and Nimer Sultany have demonstrated, however, the idea that Israel is losing what was a multi-cultural and religiously tolerant society is a fiction. Discrimination against and dispossession of Palestinians and annexation of their lands has been systemic since Israel’s foundation. There are important differences, too, as Palestinian citizens can vote, giving them some more leverage than Palestinians in the occupied territory. The United Arab List, known as Ra’am from its Hebrew acronym, is a Palestinian political party that has just joined Israel’s governing coalition. What effect it might have on mitigating Israeli policies toward Palestinians remains an open question. In previous elections, many have expected Palestinian voting to have little meaningful positive impact in a country built on Jewish supremacism. As Palestinian analyst Diana Buttu tweeted: “For Palestinians there is never a ‘leftist’ or ‘centrist’ government in Israel. All major parties are united in stealing Palestinian land and denying Palestinians their freedom.”

Although the tools by which Israel has carried out its project of de-Arabization and ethnic cleansing have varied across the occupied Palestinian territory, East Jerusalem, and Israel, the settler-colonial mission is singular. As such, when families in the East Jerusalem neighborhood of Sheikh Jarrah protested their threatened eviction and Jewish settler takeover of their homes, Palestinians across historic Palestine (and beyond) reacted in support, rallying in cities across Israel, including Haifa, Yafa, Lydda, Umm al-Fahm, and Nazareth.

Although the tools by which Israel has carried out its project of de-Arabization and ethnic cleansing have varied across the occupied Palestinian territory, East Jerusalem, and Israel, the settler-colonial mission is singular.

Israel’s responses to Palestinian citizens’ actions were swift, harsh, and not in line with democratic principles. Israeli Public Security Minister Amir Ohana approved vigilantism of armed Jews against Palestinians. And Israeli police and special units have conducted a widespread arrest campaign, incarcerating hundreds of Palestinians who took part in peaceful sit-ins and demonstrations. Adalah, a human and civil rights organization in Israel, has condemned the arrest campaign as a form of collective punishment intended to intimidate Palestinians in Israel. It is the extension of long-existing dynamics.

In 1948, when the state of Israel was established, some 750,000 Palestinians became refugees. The vast majority of those who remained within what became known as the Green Line (the 1949 Armistice border) became subjects of Israel’s military rule until 1968. During those nearly two decades, “virtually every aspect of daily life required a military pass,” from visiting family to seeking medical treatment, as historian Shira Robinson has documented. Their purpose was the erasure of Palestinians, physically and as a political collective.

Although they were eventually granted citizenship, Palestinians in Israel remain second-class citizens who live within a deeply racist system. Several NGOs in Israel—including Adalah and the Association for Civil Rights in Israel—as well as countless researchers have documented Israel’s laws, policies, and practices that advance Jewish supremacy over Palestinians and entrench the structural discrimination to which Palestinians are subject. Politicians such as Alexandria Ocasio Cortez and human rights groups like Human Rights Watch and the Israeli NGO B’Tselem are increasingly using the term “apartheid” to describe Israel’s regime vis-à-vis Palestinians within Israel and the occupied territory.

Although they were eventually granted citizenship, Palestinians in Israel remain second-class citizens who live within a deeply racist system.

Authorities within Israel proclaim the apartheid policy boldly. Israeli prime minister, Benjamin Netanyahu, stated in June 2019 that “Israel is not a state of all its citizens…Israel is the nation state of the Jewish people—and them alone.”

This was just an echo of what the Israeli Parliament (Knesset) inscribed in the “Jewish nation-state law” that denies the collective rights of Palestinian citizens of Israel. Enshrining in law Jewish supremacism as a basis of the Israeli state, the legislation asserts that “the State of Israel is the nation-state of the Jewish people”; that national self-determination in the State of Israel is exclusively for the Jewish people; and that immigration to Israel leading to automatic citizenship is exclusive to Jews (from around the world) under the Law of Return. In addition to downgrading the Arabic language and making Hebrew the sole official language of the state, the law also underscores the state’s promotion of “Jewish settlement as a national value.” The construction of settlements exclusively for Jewish people and with privileges accorded only to Jews has not paused since the Zionist settler-colonial project was launched, but this law establishes “Jewish settlement as a national value.”

The construction of settlements exclusively for Jewish people and with privileges accorded only to Jews has not paused since the Zionist settler-colonial project was launched, but this law establishes 'Jewish settlement as a national value.'

The new prime minister, Naftali Bennett, is the millionaire child of American immigrants to Israel and a far-right ultra-nationalist who opposes peace with Palestinians. He incites violence against Palestinians and promotes further annexation of Palestinian lands. His seven-point plan notes that “the world will adjust to the de facto reality,” although this is illegal under international law.

The recent widespread protests are a reaction to this long history of Palestinians’ conditions as second-class citizens in Israel. And they are not unique. In 1976, a first major mobilization by Palestinians in Israel and across the Green Line against land confiscation took place. “Land Day,” as it came to be known, is now an annual day of action for Palestinians everywhere. When the First Intifada—a widespread and mostly non-violent uprising against Israeli rule—swept across the occupied Palestinian territory from 1987 to 1993, Palestinians in Israel showed overwhelming identification and solidarity with the uprising. During the Second Intifada that began in 2000, Israeli police killed 12 unarmed Palestinian citizens, one person from the Gaza Strip, and injured hundreds of others who participated in demonstrations to protest Israeli killings in the occupied Palestinian territory. Despite an official state investigation’s finding that the killings were unjustified, no indictments were issued. Further confirming the unity of Israel’s approach to Palestinians, the attorney general himself likened the events to military operations.

As anthropologist Amahl Bishara has shown, in recent years, activists and academics have made concerted efforts to bring Palestinians into shared conversation and action across the Green Line, despite the distinct challenges that each group faces. That the Palestinian general strike on May 18 was observed across the occupied Palestinian territory and the Green Line is another indication of the ongoing identification of Palestinians with each other across the cantons imposed by Israel.

In recent years, activists and academics have made concerted efforts to bring Palestinians into shared conversation and action across the Green Line, despite the distinct challenges that each group faces.

In an interview with Mouin Rabbani of Jadaliyya, Nathan Thrall described his observations of Israel’s repression of Palestinian citizens of Israel that resembled the state’s actions in the occupied territory, including deployment of the Border Police, curfews, and checkpoints in Israel. He also recalled a telling interview with an Israeli official who confessed the state’s overwhelming concern with the threat of Palestinian unity, providing perhaps the starkest evidence of Israel’s mission. In addition to the Israeli government’s words and actions, the visible involvement of Palestinian citizens of Israel in protesting Israel’s actions alongside those subject to military occupation in the West Bank, Gaza Strip, and East Jerusalem may help to reframe international understanding of the conflict as being engendered by Israel’s apartheid settler-colonial regime across all of historic Palestine. Shifts in public discourse in the United States away from knee-jerk sympathy with all Israel does is a significant reflection of this understanding.

Acknowledgements: Thanks to Amahl Bishara and Bashir Abu-Manneh for comments on an earlier draft of this essay. 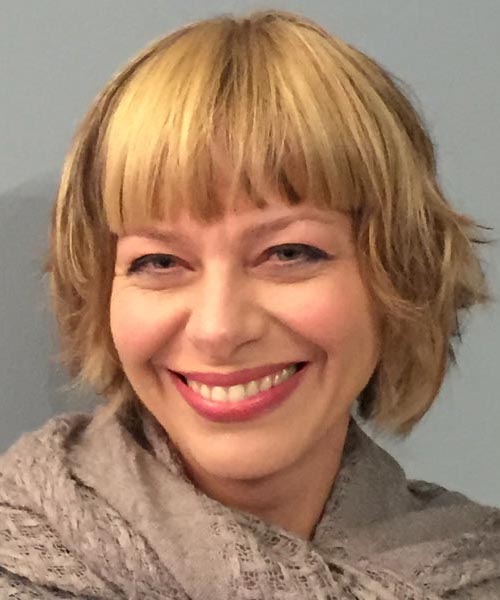 Lori Allen is reader in anthropology at SOAS, University of London. Her work has focused on Palestinian society, politics, and history. She is the author of two books, A History of False Hope: Investigative Commissions in Palestine (2020) and The Rise and Fall of Human Rights: Cynicism and Politics in Occupied Palestine (2013).