COVID-19 and the Assembly of Believers: From Rights to Responsibility

Religious Freedom in the Age of COVID-19

State public health restrictions to tamp down COVID-19 continue to rankle some faith leaders and individual believers, even as the United States Supreme Court last week underlined governments’ power to limit public assemblies, including those for worship. In this essay, we canvass the Court’s recent decision, before exploring the possible liability for groups that meet without taking appropriate precautions.

​The Question of Rights

In South Bay United Pentecostal Church v. Gavin Newsom, Governor of California, Chief Justice Roberts, concurring with the Court’s four “liberal” justices, declined to enjoin California’s restrictions on religious gatherings, which capped attendees at 25% of the facility’s capacity or a maximum of 100 people. These restrictions “appear[ed to be] consistent with the Free Exercise Clause of the First Amendment," Justice Roberts found. He emphasized that “local officials are actively shaping their response to changing facts on the ground,” making it “quite improbable” that “Government’s limitations are unconstitutional.” Citing Jacobson v. Massachusetts, Justice Roberts noted that “[o]ur Constitution principally entrusts ‘[t]he safety and the health of the people’ to the politically accountable officials of the States ‘to guard and protect.’”

Every state has issued executive orders of some type, regulating everything from religious gatherings to the physical distancing of workers at meatpacking plants to the number of children at daycares. Ten states preclude “religious gatherings in any form.”

In dismissing the interlocutory appeal, a majority of justices rejected the plaintiffs’ claims that churches should have been treated like those essential businesses permitted to continue operating, albeit with restrictions. That claim resonated with Justice Kavanaugh, who dissented from the denial. Justice Kavanaugh argued that the better comparator for churches would be “factories, offices, supermarkets, restaurants, retail stores, pharmacies, shopping malls, pet grooming shops, bookstores, florists, hair salons, and cannabis dispensaries,” citing Church of Lukumi Babalu Aye, Inc. v. Hialeah. To justify its different treatment of religious worship services, Justice Kavanaugh argued that California should show that its rules are “justified by a compelling governmental interest” and “narrowly tailored to advance that interest.”

California lumped churches in with other large public gatherings, like “lectures, concerts, movie showings, spectator sports, and theatrical performances.” These are all places where, Justice Roberts notes, “large groups of people gather in close proximity for extended periods of time.”

Across the nation, churches have challenged application of these rules based on these comparative distinctions, aided by U.S. Attorney General William Barr. Attorney General Barr chided mayors and governors last month that there is no “pandemic exception” to the U.S. Constitution.

Consider, for example, First Assembly of God, an Arkansas church north of Little Rock, which met from March 6 to March 8. Within weeks, it became an epicenter of an outbreak involving at least 35 parishioners, three of whom died. The 35 afflicted parishioners represented 38% of the church’s membership. People in the church spread COVID-19 to 26 other people in the surrounding community, one of whom died. Tragically, Arkansas’s governor did not issue an executive order until March 11.

In early March, it is possible that some people may not have fully appreciated the risk of gathering.

Even though the risk is now widely appreciated, we have seen bars ban masks. Over Memorial Day, groups rallied against government power to enforce mask wearing.

Skepticism persists largely along party lines. Social conservatives have railed against state orders and are uninterested in receiving any eventual COVID-19 vaccine.

Meanwhile, churches have continued to meet into April and May, well after state executive orders were issued—and have been fined precisely because of the risks involved with gathering.

On April 2, Bethany Slavic Missionary Pentecostal Church in Sacramento, California, was linked to 71 cases of COVID-19, leading to the death of one parishioner. One of the largest Slavic congregations in the United States, the church boasts 3,500 members, with some services having as many as 10,000 worshippers. Bethany leaders were affected by the virus, too, with three senior pastors becoming hospitalized or critically ill.

Governor Newsom’s order, capping attendees, was issued on March 19. Research has shown that exposure to COVID-19 can lead to clinical symptoms in five days. Generally, after exposure to coronavirus, people who contract COVID-19 show up in the healthcare system one to two weeks later. Mardi Gras followed this pattern, as did Hokkaido, Japan, after their reopening efforts.

Rather than standing on the “right” to gather—despite risk to self and others—defiant congregations might more profitably direct attention to their own legal exposure. Liability may arise if they encourage the faithful to gather notwithstanding public health orders or fail to follow state and federal guidance on gatherings.

The lack of immunity generally has sparked concern by companies and organizations as they contemplate bringing employees back to work. Faith communities are also mulling the legal risks.

And for good reason.

The insurance industry has pointed out that violating state executive orders may result in no coverage under commercial liability coverage policies.

Preventing harm may be a gargantuan task. Consider everything that would go into reopening Jewish temples, as one example. The public health experts we have spoken to sketched exhaustive measures that should be taken. While ritualistic hand washing may ameliorate COVID-19 transmission, the virus could continue to survive on surfaces throughout the temple, such as on copies of the Talmud, Torah scrolls, kiddush cups, and so forth. These surfaces, as well as restrooms and common areas, would need to be cleaned and sanitized regularly. Certain rituals, such as opening the ark to remove the Torah, would need to be done wearing disposable gloves. Hand sanitizer would need to be provided for those entering or exiting the temple. Everyone would need to keep six feet of distance at all times. Use of Talmuds would be best restricted to one person or one family.

CDC guidance prescribes similarly exhaustive steps to promote safety: hand hygiene, wearing masks, intensifying cleaning and disinfecting processes, promoting social distancing, minimizing sharing of worship materials, and training clergy and staff. As with any detailed protocol, compliance will be difficult to ensure and monitor because nearly every aspect of operations is impacted.

By contrast, adhering to guidelines or industry standards may protect against negligence liability, as in the recent case involving COVID-19 precautions at a Smithfield meatpacking plant in Missouri.

To recover for negligence, four legal elements must be proven: 1) there was a duty to provide reasonable care; 2) there was a breach of that duty; 3) the breach caused injury; and 4) the injury led to damages.

The first element requires people to act “reasonably.” For COVID-related cases, this would likely involve whether the defendant followed federal or state guidance or industry-specific practices. The second element, breach of duty, may be shown if the defendant did not follow those guidelines or practices—which occurred in the Carnival Cruise Line case. Showing that the breach caused harm—the third element—may be supplied by contact tracing efforts, such as those used by CDC when investigating the Arkansas outbreak. Finally, the fourth element, damages, could be enormous. For example, the average cost of treating a COVID patient is about $20,000, but some patients’ care has cost as much as $840,000. If an outbreak impacting 100 people originated at a church, it is not hard to imagine $2,000,000 in medical bills alone.

Clearly, there are difficult questions raised when forecasting possible liability of churches. Charitable immunity could be invoked by churches, as happened in Monaghan v. Holy Trinity Church, a 1994 case that involved a fall by a parishioner on church property. There, this immunity extended only to “beneficiaries,” meaning that non-members or employees may possibly recover. But more importantly, in a later case, charitable immunity was limited only to simple negligence, and could not encompass egregious wrongful conduct—like “act[ing] willfully, wantonly, recklessly, indifferently [or] criminally,” as is the case with child sexual abuse. The line between negligence and gross negligence “must be determined by the finders of fact” because “[g]ross negligence only differs in degree from negligence, not in kind.” This means that claims go to trial.

Further, when places of worship carry liability insurance, plaintiffs have recovered under those policies, which have been read as waiving immunity in the amount of the policy.

Indeed, courts have remanded for trial claims against places of worship for injuries sustained on their property. Cases have held that a duty to use reasonable care applies to all attendees and invited guests.

As one group that advises churches has noted, four guiding principles can assist groups to assess their risks. First, is the harm reasonably foreseeable? With COVID-19, the evidence of outbreak from gathering without precaution suggests that the risk of contagion is foreseeable. Second, did the owner take reasonable steps to prevent the injury—presumably, groups that gather in defiance of orders will not have done this. Third, are the premises equipped and suited for the types of activities the group is hosting—this is where CDC guidance comes into play. Finally, cases of premises liability can rest on third-party harm to the plaintiff on the church’s premises—here, if another parishioner infected with COVID-19 attends and infects a second parishioner.

Constitutional protections for the rights of “a religious group's right to shape its own faith and mission through its appointment,” sustained unanimously in Hosanna Tabor, did not resolve the application of tort claims to churches. Chief Justice Roberts noted specifically: “We express no view on whether the exception bars other types of suits, including actions by employees alleging breach of contract or tortious conduct by their religious employers. There will be time enough to address the applicability of the exception to other circumstances if and when they arise.”

People of faith have a deep desire to congregate at a time of great distress. No one can fault them for that desire.

But if groups recklessly stoke that desire without taking appropriate precautions, it will be a stain on that community. And it may prove to be costly, both in terms of the lives imperiled and the coffers emptied out.

Robin Fretwell Wilson is the director of the Institute of Government and Public Affairs for University of Illinois System, as well as the Roger and Stephany Joslin Professor of Law at the University of Illinois College of Law. Wilson co-directs the College of Law’s Family Law and Policy Program and the Epstein Health Law and Policy Program. She specializes in family law and health law; her interests also include biomedical ethics, law and religion, children and violence, and law and science. 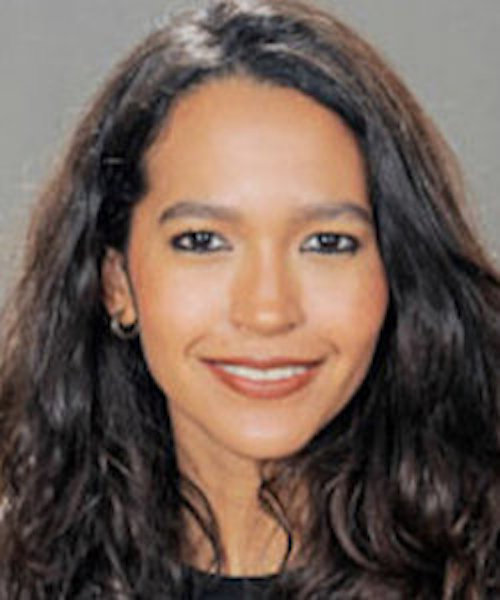 Sara Buitrón, an employment and labor lawyer in Colombia, is an LL.M. student at the University of Illinois College of Law. She is also a public health law ambassador for the Epstein Health Law and Policy Program. 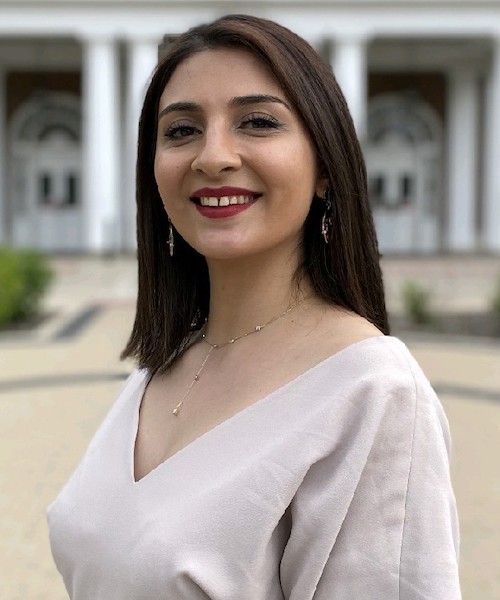 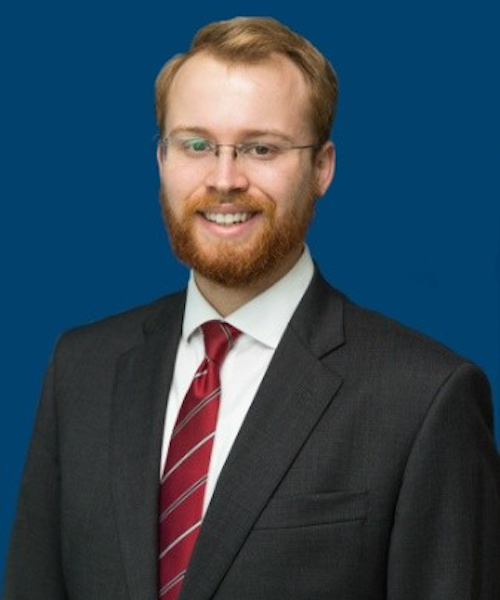 Brian A. Smith is a law student at University of Illinois College of Law (J.D. expected 2021) and a public health law ambassador for the Epstein Health Law and Policy Program. He holds an MPH from the Johns Hopkins Bloomberg School of Public Health.

Does Religion Matter During a Pandemic?
Christopher Ogolla

The Role of Religious Liberty in (the Development of) Social Distancing Law
Lindsay F. Wiley