Disabilities in Hiding: How the Pandemic Might Shape Justice for All of Us

The coronavirus story is one that both reveals and conceals. We have seen how coronavirus exposes systematic health care injustices for the poor, for example. Yet the pandemic continues to conceal the problems with another American injustice, which is the habit of assuming that most people are able-bodied. That habit, over the years, has involved several, sometimes well-intentioned, but yet troubling responses to disability. Our past responses to disability have chiefly included attempts to fix or normalize individuals, as well as attempts to fix society’s accommodations to disabilities via the Americans with Disabilities Act. We also have a very strong habit of hiding away disability as something shameful. My hope is to reveal ways that the coronavirus may instead compel us to respond to people with disabilities with much greater wholeness.

Let me first underscore the kind of broken system that already exists when it comes to disabilities. My own story, which is just a small story among scores of stories that could be told, is that I have a moderate-to-profound hearing loss. It has been “fixed” with hearing aids and 20 years of speech lessons. Society around me has been “fixed” by providing a limited supply of flashing light fire alarm systems in some buildings and a captioning telephone in my office.

A serious problem with these fixes is that they serve to hide me, to my detriment. Colleagues will often marvel: “Aw shucks, I forgot you have a hearing loss because you don’t act like it,” when I ask for words to be repeated or written down. I will miss whole conversations because someone was talking literally behind my back, where I couldn’t lip read. When it comes to the social fixes: Woe to me if I end up needing to talk on a different phone, or find myself in an older building with older smoke detectors, or in a place where no one knows that I have a hearing loss.

My hiddenness is quite mild compared to some who worry that genetic testing might eradicate them and people like them, or that whole populations of people might be belittled for seeking cultural recognition of their difference. In addition, that person apparently hogging a handicapped parking space may have an invisible disability – a heart condition or MS. Cognitive disabilities, too, often get overlooked. Many scholars of disability in recent years have emphasized the importance of broadening our categories of disability because of that hiddenness.

The pandemic threatens to hide disabilities even more. Consider, for example, questions about pandemic triage and scarcity of medical resources. People with disabilities have sometimes featured as people who, however regrettably, should be denied care, in favor of more able-bodied people. “Aw shucks. It’s terrible, but these are terrible times in which we must negotiate scarce resources.” People with disabilities are made hidden by the fact that they are shunted to the end of waiting lists. There are also the strong and healthy—the dads in their thirties—we are reminded, who are also affected by coronavirus. The bioethical question in a time of scarce resources is that maybe they are the ones who most deserve triage care.

It is tempting to believe that most Americans would be on the right side of that triage care. Yet that would be a false belief, a belief that yet again underscores the hiddenness of disability.

So much language, especially early on, about the pandemic has emphasized that it is the elderly and vulnerable who are most at risk for complications from coronavirus. The Centers for Disease Control, as well as several states, continue to emphasize that point. Our collective imagination may describe the elderly and vulnerable as rather small percentages, compared to the vast majority.

Yet consider the CDC’s list of those who are higher risk, and therefore more vulnerable. They include: Americans older than 65 (15% of the population), about 5% of whom additionally live in nursing homes; adults with underlying conditions: chronic lung disease (13.4% of adults); asthma (7% of adults); people with heart conditions (48%); immunocompromised people, including those currently in cancer treatment (14%); smokers (14%); and those who have organ transplants, or a history of corticosteroid use, or who have other immune deficiencies. Also on the list are Americans with obesity (42%), diabetes (13%), chronic kidney disease (15%), and liver disease (1.8%). While there are surely crossovers among these conditions, it is safe to say that at least half of the American adult population has been hidden in plain sight, counted as part of the very large group of vulnerable among us.

That kind of a statement, made about at least half the American population, fails to recognize how systematically we attempt to push disabilities away, to make disabilities something that a few “others” have, but never, ever, me. In turn, that kind of a statement permits a broad range of injustices. Such injustices include the kind of spotty attention to flashing light fire alarms and building accommodations I mentioned earlier, to frustration with people who move more slowly, think more slowly, and need more help than “most” apparently independent, able-bodied people, to the scariest point of all: that at the end of the day, a majority of us might not be counted among the “fittest” in this pandemic, or indeed in society at all.

We deserve to live in a society that affords more time, more space, more assistance to people with disabilities. If we fail to recognize disability as having a much deeper impact on society, we shall be failing ourselves as human beings. A more inclusive society might begin with simple words: with turning “them” and “you” into “us” and “me.” Then, perhaps, we shall see justice done for people with disabilities—that is, for us. 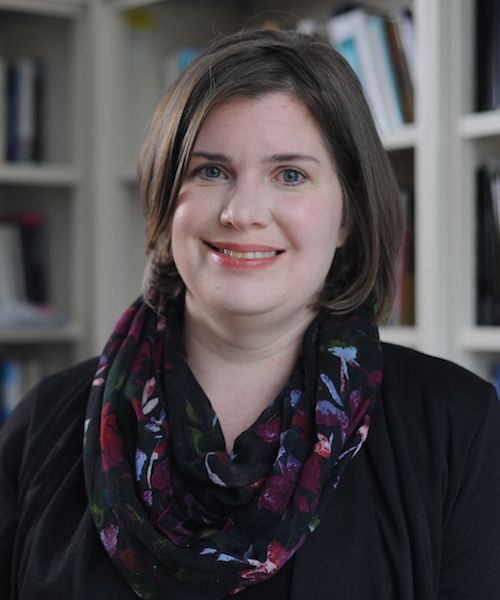 Jana M. Bennett is a professor of theological ethics at the University of Dayton. Her research interests include disability and technology. She is currently writing a book on bioethics and disability, tentatively titled Disabled Bodies are Dead Bodies. She has published several related articles, including “Blessed Silence: Explorations in Christian Contemplation and Hearing Loss,” in Journal of Moral Theology 6, no. 2 (Fall 2017).

We Are All Responsible: Ethics of Elder Care in COVID-19
Sarah Moses

The New Normal? A Buddhist Perspective on Disability and COVID-19
Darla Schumm

Concerns for People with Disability During COVID-19
Mary Jo Iozzio

Disability and the Politics of Vulnerability
Julia Watts Belser

Compassion in the Face of the COVID-19 Pandemic: A Christian Perspective
Domenic Marbaniang

Who Gets a Venilator in the COVID-19 Era?
Rebecca J. Epstein-Levi