Harnessing the Power of Faith to Eliminate Nuclear Weapons

In November 2017 during a private audience with participants in a Vatican symposium on nuclear disarmament, Pope Francis definitively condemned the "very possession" of nuclear weapons. Panelists during the Vatican conference, which brought together members of the Catholic hierarchy, diplomats, politicians, civil society leaders, religious communities, students, theologians, and other Catholic leaders, repeatedly called for the abolition of nuclear weapons. Jesuit Fr. Drew Christiansen said it clearly: "We should cease to imagine nuclear weapons as tools for us to manage, but rather as a curse we must banish."

Beatrice Fihn, executive director of the International Campaign to Abolish Nuclear Weapons, recipient of the 2017 Nobel Peace Prize, captured the determined atmosphere of the gathering. Humans, she said, "harnessed the power of science to build these weapons; we have harnessed the power of faith to stop them."

But does the opinion of the Catholic Church—even of Pope Francis—have any impact on public opinion or shift attitudes among world leaders toward nuclear disarmament? That depends.

Those already concerned about a growing threat from continued reliance on and proliferation of nuclear weapons paid very close attention to Pope Francis’ definitive statement in November 2017. They had done the same in December 2014 when the Holy See shifted from a strictly conditioned moral acceptance of nuclear deterrence toward the outright condemnation of nuclear weapons in its important contribution, "Nuclear Disarmament: Time for Abolition," at the Vienna Conference on the Humanitarian Impact of Nuclear Weapons.

The Holy See subsequently played a very important role in negotiations for the Treaty on the Prohibition of Nuclear Weapons. Faith-based communities and other religious institutions did likewise during both the Open Ended Working Group (OEWG) and the ban treaty negotiations. They observed the negotiations, made interventions, held side events and prayer vigils, met with government delegations, sent messages to their governments encouraging them to participate, and educated the public about the importance of the treaty. On September 20, 2017 the Holy See was one of the first states to sign and ratify the treaty, and religious groups have remained central to getting 60 countries (thus far) to sign and 14 to ratify.

For moral arguments to change the opinion of political decision-makers, however, will require a concerted and sustained effort by communities of faith to educate about the immorality of nuclear weapons and to generate in the United States and other nuclear states the kind of political will at a grassroots level that already exists in much of the rest of the world. Catholic and other religious leaders should continue to bring a moral message to political decisions-makers directly, especially if they can form unexpected alliances to do so. For example, joint efforts of the US Conference of Catholic Bishops and evangelical leaders to promote the new START Treaty and advocacy for nuclear abolition involving Catholic bishops from different nuclear states have been important and, at times, effective.

But much more investment has to be made by religious institutions in educating and animating their own members at a parish and local community level to support and then to promote the abolition of nuclear weapons. Learning from a growing body of research that demonstrates the importance of synergy between nonviolent activism and “insider negotiations” for policy change, religious institutions, including the institutional Catholic Church, should develop collaborative strategies with faith-based peace movements like Pax Christi, peace fellowships, and ploughshares activists.

Another extremely important challenge that followed from Francis' absolute rejection of the possession of nuclear weapons was that of exploring the pastoral implications of the church's position and the responsibility of moral theologians to generate the level of discernment and moral guidance necessary for policymakers, military personnel, scientists, investors, and ordinary citizens to chart an ethical course through professional and personal lives in the wake of the nuclear ban treaty and the church's prohibition.

Divestment by institutional Church agencies, universities, and religious communities themselves from corporations manufacturing nuclear weapons and their delivery systems, as well as commitments to do business only with banks that do not back nuclear weapons production, would be important public witness.

Nuclear weapons pose an existential threat to life on planet earth. Religious leaders must play a crucial role in educating grassroots people about that threat and animating a widespread and effective movement to demand their abolition. They also can help political decision-makers hear and heed the demands of ordinary people for an end to the nuclear nightmare. 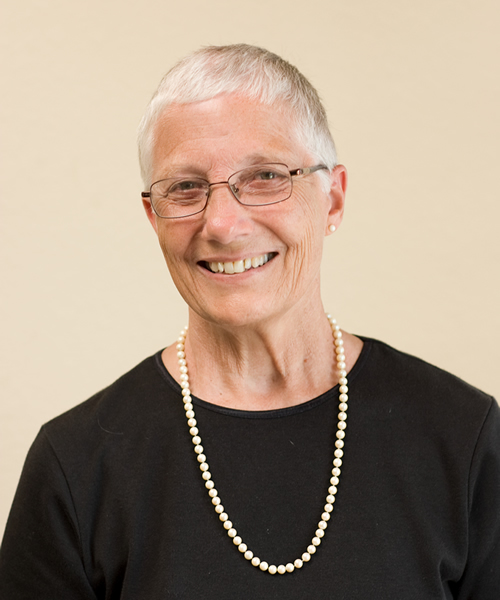 Marie Dennis is co-president of Pax Christi International, the global Catholic peace movement, a position she has held since 2007 and now shares with Bishop Kevin Dowling from South Africa. She worked for Maryknoll from 1989 to 2012, including 15 years as director of the Maryknoll Office for Global Concerns.

I Hope the Russians Love their Children Too

The Russian Church Must Work for Disarmament
Nicholas Sooy