Faith-based organizations like Prison Fellowship played a particularly active role in supporting its passage. Prison Fellowship—the nation’s largest Christian nonprofit serving prisoners, former prisoners, and their families—was founded in 1976 by Charles Colson, a former aide to President Nixon who served a seven-month sentence for a Watergate-related crime. For 40 years, Prison Fellowship has been on the frontlines restoring those affected by crime and incarceration. We draw on this experience as we mobilize Christians to call for federal and state justice reforms that advance proportional punishment, constructive prison culture, and second chances.

The United States is known for incarcerating more of its citizens than any other nation. The federal system, with over 180,000 people in custody, is the largest prison system in the country. Prison Fellowship believes increasing access to transformative prison programs is a game changer for improving prison culture and outcomes for those returning home. How so? The Bureau of Prisons recently reported that 16,000 people were on a waitlist for basic literacy programs. We believe partnerships with faith-based and other community organizations can provide programs proven to reduce recidivism. The continued success of the Prison Fellowship Academy proves this. The academy walks participants through 500 hours of curriculum specifically targeting criminal thinking and behavior, life skills, addictions, victim impact, and prosocial culture change. The program is voluntary, open to anyone of any faith, and is fully funded by donors.

While there are legal and constitutional limitations preventing government from funding explicitly religious services, there are also constitutional protections ensuring prisoners have access to religious services. Many faith-based organizations have expertise in providing more holistic programs that go beyond explicitly religious activities, many without any direct costs to the government.

Given our dual role as a program provider and advocate, it’s no surprise that the First Step Act has been a top priority on Prison Fellowship’s federal agenda. We deployed a variety of strategies to support the legislation: we spearheaded a sign-on letter joined by over 40 other organizations; met with countless congressional offices; placed opinion editorials; and engaged the press and social media. We facilitated meetings between pastors and their senators, and our Justice Advocate network sent letters and made calls to their elected officials at critical points in the legislative process.

While a few religious groups opposed the First Step Act, it’s important to note there were many iterations of the bill that had nearly unanimous support from the faith community. Some versions focused on sentencing alone and served as the impetus for many provisions that were included in the final version of the First Step Act. In 2015, Prison Fellowship and other diverse religious organizations endorsed the Smarter Sentencing Act. The bill stalled, but later that year, Prison Fellowship’s Senior Vice President of Advocacy Craig DeRoche testified in support of a compromise package sponsored by Chairman Chuck Grassley (R-IA), the Sentencing Reform and Corrections Act (SRCA). SRCA passed out of the Senate Judiciary Committee in 2015 and again in the last Congress, but never received floor time.

SRCA was used to negotiate an agreement to include sentencing reforms in the First Step Act. Prison Fellowship and other groups worked around the clock to defeat resistance from vocal anti-reform opponents to these and other provisions within the bill. In the end, the First Step Act passed with critical sentencing and prison reform provisions that will allow many men and women sentenced and incarcerated in the federal system to return to the community sooner and better prepared to live as contributing neighbors (learn more about the act here). It also contained the long-stalled Second Chance Reauthorization Act, ensuring grants for reentry programs continue.

With the ink still drying on the First Step Act, Prison Fellowship remains committed to implementation and oversight, ensuring that the men and women incarcerated in our federal prisons reap the intended benefits of the new law. Additionally, we will pursue greater sentencing, prison, and post-release reforms. We look forward to working alongside a broad range of religious groups and faith leaders towards these shared goals. 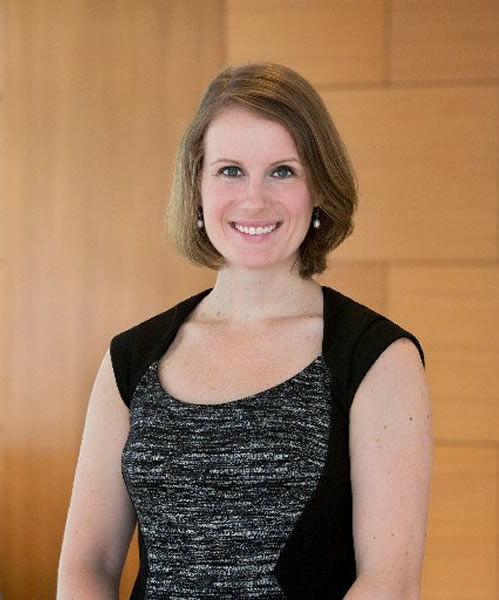 Heather Rice Minus is Prison Fellowship’s vice president of government affairs, representing the organization’s position before the administration, Congress, and stakeholders in Washington, D.C. She is the co-author of Prison Fellowship's Bible study curriculum, "Outrageous Justice."