By: Vaughn A. Booker

Cicely Tyson (1924–2021), who titled her memoir Just as I Am after a popular Christian hymn, recalled that she spent her early years in church from Sunday morning until Saturday night. Later in life, she dedicated a pew in her home church, Abyssinian Baptist Church in Harlem, to her mother. Before her passing, she stated that she viewed her acting career as a platform for Black people to be seen as human beings. Tyson’s mission, as a professional artist, was what many African American Protestant Christian churches, commonly labeled “the Black Church,” sought to cultivate in Black people who aspired to full status as citizens in the United States.

However, one important, humorous admission that Tyson made as she spoke from the pulpit of Abyssinian Baptist on March 11, 2018—which I note is a common orientation—is that her intense Black Church upbringing eventually convinced her to no longer attend as an adult: “I decided at one point that if I ever lived to become a woman, I would never enter the portals of church again.” In relation to Tyson’s church-avoiding orientation, my work refracts the standard focus on Black churches and asks: What is their social, cultural, and political authority for Black people who grew up in these spaces, yet pursue their own lives outside these walls? What importance do they have to those who don’t formally identify as committed to Black churches, without necessarily stating their embrace of another religious tradition or of no religion?

My work refracts the standard focus on Black churches and asks: What is their social, cultural, and political authority for Black people who grew up in these spaces, yet pursue their own lives outside these walls?

In my recent book, Lift Every Voice and Swing: Black Musicians and Religious Culture in the Jazz Century (NYU Press, 2020), I turn to one artistic profession, the jazz arena, to see how musicians—including Cab Calloway, Ella Fitzgerald, Duke Ellington, and Mary Lou Williams—viewed themselves as representatives of race and religion, and how they agreed with or diverged from the norms of Black Protestant church culture. Though they were not official religious leaders, these popular Black jazz professionals came from a culture shaped by Black Protestantism and inherited the cultural authority to express their religious beliefs and practices through their artistry.

As my research into these jazz artists shows, one of the most revealing historical facts about Black churches is that they helped to influence a vibrant artistic culture in American life, where Black women and men as musicians, actors, writers, painters, dancers, and others could “preach” through various forms of cultural production on the most pressing religious and racial matters of their day. Once the “wayward youth”—from the perspective of Black Church authorities, who feared declining church attendance by younger generations—Calloway, Fitzgerald, Ellington, and Williams eventually came to represent the concerted efforts for Black social progress to end Jim Crow segregation that Black churches in the early twentieth century hoped to cultivate in Black youth.

One lesson that my jazz research offers is that it responds to popular perceptions that some Black religious institutions are hegemonic by focusing on the realities of Black religious and spiritual practice. At present, the popular narrative that a “younger generation” (in this case, Black Millennials and Generation Z) is “rebelling” against a relatively conservative, entrenched, older Black Church is the story of every generational struggle in African American religious history, not a recent development. In reality, “the Black Church” is a term that obscures more than it identifies, leaving many who use this phrase unaware of the ritual, political, local, regional, transnational, class, theological, and cultural variety within Black Christianity.

Historically, changes within Black churches occur because the members who propel these changes push their religious leadership, defy their leadership, find new leadership, or become the leadership themselves—often markers of generational disputes. For example, the Black religious activists of the Civil Rights generation bore out a similar generational struggle that was more than political—many organizers, church women, and college-aged students sought to mobilize their religious communities, not necessarily because they embraced Gandhian nonviolent resistance theologically, but because they found social transformation to end oppression to be an essential requirement of their religious witness. Such a generational divide during the movement transformed Black theological education—as a result, a new generation of Black women and men pursuing seminary training to become ministers, social ethicists, and theologians intent upon transforming Black churches politically, socially, and even theologically.

If the physical spaces of Black churches no longer house Black Christian religiosity at the capacities observed in previous generations, that leads to no simple conclusion that Black Christianity is without sacred space.

As researchers of “the Black Church” turn toward the present, with nuanced perspectives on the variety and diversity of Black Protestant Christianity, younger generations of “churched” Black folks who articulate commitments to contemporary organizing movements will similarly indicate the overlooked spaces and modes in which religious and spiritual Black communities are voicing their theological concerns. We need an accounting of Black people’s digital and virtual religious/spiritual communities, artist spaces, retreats, collaboratives, music collectives, and networks (local/national/transnational) that have emerged over the past two decades, especially if we want to entertain the question of where the youth are going if they are not observed participating in conventional Black religious life through their presence in physical church buildings. If the physical spaces of Black churches no longer house Black Christian religiosity at the capacities observed in previous generations, that leads to no simple conclusion that Black Christianity is without sacred space. These overlooked spaces and forms of community are also where you will find Black women’s religious leadership and Black LGBTQI+ spiritual communities. And like the history of gender compositions in Black Church membership, the leadership of the Movement for Black Lives is where you will find religious and spiritual Black women.

It is helpful to envision the modern “Black Church” capaciously in diverse physical, digital, ideological, rhetorical, and artistic forms. Megachurch worship spaces, organizing, political oratory, public demonstrations, social media communities (worship/sermon livestreams), religious reading and writing communities, and the arts (theater, film, music, dance, television series like Greenleaf, and Black comedy about Black Church life) are all places where the dynamics of “priestly” and “prophetic” Christianity also play out for Black religious life. Just as storefront, apartment, and homefront churches housed alternatives to Afro-Protestant denominational authority and gendered leadership, all of these spaces hold the potential for conservative, progressive, and radical religious forms and movements to take place, inclusive of Christianity and even spiritual identities beyond this religious label. 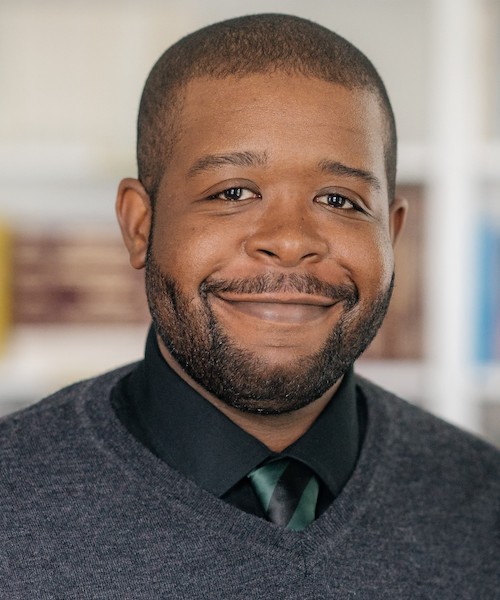 Vaughn A. Booker is assistant professor of religion and African and African American studies at Dartmouth College. He is the author of several peer-reviewed publications and the book, Lift Every Voice and Swing: Black Musicians and Religious Culture in the Jazz Century (2020).