I sat in my makeshift in-house pandemic office and stared out of the double glass doors for at least five minutes in complete silence. While looking out, I caught a reflection of myself unintentionally emulating that funny head tilt my miniature Dachshund Jesse does when she is perplexed, and literally laughed out loud at the tragicomedy of it all. Over the past two weeks, I had done four national interviews on the white Southern Baptist ministers who called Vice President Kamala Harris a “jezebel.” Every single interviewer wanted to know one thing: What does it mean for a white Christian pastor to call a Black woman jezebel, and what are the implications? To which I retorted some version of the following: The biblical Jezebel (the capital “J”) was erroneously hyper-sexualized and thrown to her death for purportedly getting out of line. The religio-cultural reading of this story isn’t that we shouldn’t sexualize women or participate in the culture of violence against them—it’s don’t be Jezebel and mess around and get yourself hurt. It is to say to Vice President Harris, “watch yourself.”

The gross sexualization of and violence toward biblical Jezebel is largely seen as deserved by Christians. In other words, she was asking for it. To this end, calling Vice President Harris a jezebel means to signify supposed sexual immorality and pathology while beckoning violence. That is to say, she is not only sexually diseased, but also morally diseased—both are a threat to society, making Harris out of place, foreign to the status quo, and consequently requiring subjection, discipline, and punishment sans repercussions. It is to say that Vice President Harris is out of place in her womanness, Blackness, Indianness, autonomy, and power, and therefore unworthy of leading this complex nation. Hence, she needs to be put in her place—and quite frankly, it doesn’t matter how. This isn’t anything new. America has a long history of othering Black people. More, there is a racialized history of using the Bible to hypersexualize, dehumanize, and disempower Black women and girls—to say they are unnaturally promiscuous and thus morally bankrupt. It is a ghastly kaleidoscope of othering, to say the least, which leads to disposability and underlines all kinds of cultures of violence.

The gross sexualization of and violence toward biblical Jezebel is largely seen as deserved by Christians. In other words, she was asking for it.

The entanglement between biblical Jezebel and the misogynoirist slur jezebel that attached itself to Black women’s and girls’ bodies during North American slavery, facilitating centuries of violence specifically against Black women and girls, is a consequence and tool of white supremacist capitalist patriarchy and is, as I argue elsewhere, as old as the medieval period, if not older. In fact, the narrative of Black diasporic women’s and girls’ foreignness and perverse hypersexualization can be found in a range of historical theological, scientific, exploration, and other cultural texts that center the white male gaze. During North American slavery, such a gaze enabled breeding, plantation rape culture, medical terrorism, and legal mechanisms that served to promote sexist expectations of white female chastity, on one hand, and deny Black slave women’s and girls’ right to reproductive justice, sexual autonomy, and virtue, on the other. That white Southern Baptists had taken such a stand was no surprise. They’ve never championed Black freedom, power, autonomy, or sovereignty, and especially not for Black women and girls. The creative fiction of white supremacy requires Black subservience, othering, and genocide. So, this was not the cause of my silent head tilt.

It was watching my Black male preacher friends on social media shake their fists at the white Southern Baptists. Yet, the recital of Black women’s and girls’ so-called hyper-sexed pathology concludes with neither white supremacist capitalist patriarchy nor the adjacent white Southern Baptist male gaze. It is reproduced, maintained, and circulated in the Black Church. But none of the reporters or Black male preachers wanted to touch this truth. No one wanted to engage how, when, and where the story began for me, where the hyper-sexed jezebelian trope first attached to my body. It didn’t begin with white evangelical Southern Baptist pastors. It began in the Black Church at 11 years old, when a prominent member of our church complained to my parents that he could not focus during prayer because he was distracted by my pubescent butt, to which my parents responded by problematizing my dress and my body rather than the church member’s pedophilic gaze. To be sure, they did as many Black parents do—in hopes of protecting their daughters from being seen and treated as jezebels. The jezebel trope and its subsequent violence is vicious. But Black women and girls are not the problem. The locus of responsibility lies in patriarchal fragility and the pornotropic gaze.

The recital of Black women’s and girls’ so-called hyper-sexed pathology...is reproduced, maintained, and circulated in the Black Church.

It should go without saying that the contemporary discourse on Black women’s and girls’ alleged inherent promiscuity and illicit sex has significant effects today. But let me make it plain: Black folks know better than anyone that sexual othering leads to harmful hyper-moralist eroto-phobic ideologies that commission sexual policing, shaming, dissemblance, and cultures of sexual and other violences that concomitantly dismiss humanity and sexual subjectivity. The Black Church has been central to this project intra-communally. And though there are many reasons to love and appreciate the Black Church, this isn’t one. It too has a history of marking foreignness and pathology. Anyone recall Rev. Jasper Williams’ eulogy for Aretha Franklin? It was a cross between Moynihan’s Report, every 1990s Black popular culture movie about bad Black single mothers, and early 2000s Hip Hop videos about sexually unscrupulous Black “baby mommas.” Williams utilized the sacred desk and hour to attempt to put the Queen of Soul—single Black momma to Clarence, Teddy, Edward, and Kecalf—in her place. The former of which is a whole other article tentatively titled, “The Black Church and the Curious Silence around the #MeToo Movement.”

Black women in general but single Black women and mothers specifically pose a threat to Black Church respectability and social order. This is aspirational Black capitalist patriarchy at work. By the latter, I mean to name a particular allegiance to the accumulation of Black cisgender heteronormative male power and status that is both power/less in the face of white supremacy and power/full intra-communally, which sanctions and looks away from sexism, sexist stereotyping, sexual shaming, homophobia, trans-antagonism, and rape culture. This is not only #ChurchHurt but #ChurchTerror.

The question I’m sitting with is why the Black Church needs this paradigm? We know why the myth of white supremacy necessitates Black unfreedom. As James Baldwin reminds us in his 1985 Essence essay, “On Being White and Other Lies,” because it’s a lie otherwise. Why, then, does the Black Church need aspirational Black capitalist patriarchy and to normalize the discourse on Black women’s and girls’ supposed sexual and moral ruination? Is Black womanhood, like Black sovereignty, scary, and thusly in need of doing away with? Does Black women’s and girls’ autonomous subjectivity upset the Black Church’s political project? If so, what exactly is that project, because it is clearly incongruent with the quest for collective Black sovereignty for all Black lives? This was the other reason for my head tilt.

I’d conducted the interviews about Vice President Harris and watched the documentary, The Black Church: This Is Our Story, This Is Our Song, around the same time. The overdetermining mytheme of social justice in the film has been undercut by its sex, gender, and sexuality problem rooted in its ties to aspirational Black capitalist patriarchy. Ella Baker warned us decades ago about the Black Church’s marriage between sexism, the Black male messianic power structure, and the sexualization of Black women and girls. In an oral history interview with Eugene Walker in 1974, Baker asserts the Southern Christian Leadership Conference (SCLC)’s attitudes toward women were that they were “nice to talk to about how well they cooked…how beautiful they looked or how well they carried out one of the minister’s programs,” but they would not tolerate one who was independent and whose creative ideas upon which they had to rely. She referred to this as “the Baptist hierarchy” and Martin Luther King, Jr. as the Black messiah, noting how the SCLC was ultimately run like a Black Church, with King at the top and other prominent ministers, depending on the size of their congregations, next. In this model, women were to be secretaries, fashion plates, or useful in terms of male/female interest—not in terms of their knowledge.

You cannot claim to be a vanguard in the fight for Black rights while participating in Black oppression, and particularly that which subjugates Black women and girls and demonizes Black expressions of the feminine.

This is one of many reasons Millennials and Generation Z are leaving the Black Church. They have rejected its stereotypic theologies and politics on sex, gender, sexuality, and violence, as well as its heterosexist patriarchal leadership structure. In short, you cannot claim to be a vanguard in the fight for Black rights while participating in Black oppression, and particularly that which subjugates Black women and girls and demonizes Black expressions of the feminine. The right to self-definition (sexual and otherwise), safety, autonomy, decision-making, pleasure, place-making, and power is pivotal to the fight for Black humanity—and not just for cisgender heterosexual men and boys. This is not to say that the Black Church is without social, cultural, and historical significance. It is to say that if it is to live up to its social justice recountal in the twenty-first century, the Black Church must begin in emphatic rebellion against both white supremacist capitalist patriarchy and aspirational Black capitalist patriarchy, both of which pose a threat to Black freedom. 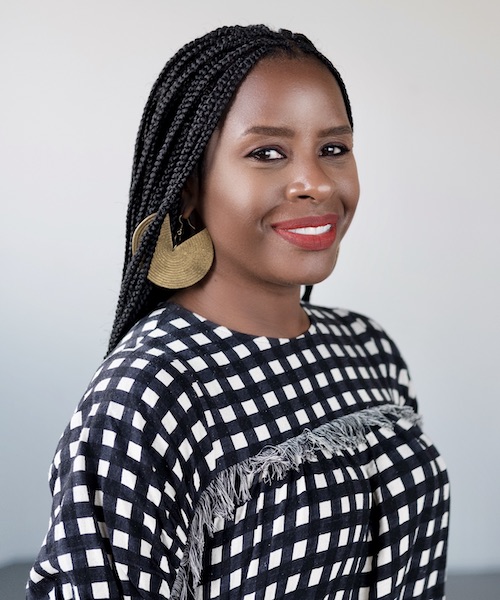