The Black Church and the Black Fantastic: Black Religious Experience in Popular Culture

On April 11, 2019, the life of Ermias Joseph Asghedom, known throughout the world as the famed entrepreneur and Hip Hop artist Nipsey Hussle, was celebrated at a public memorial held before 20,000 attendees at Los Angeles’ Staples Center Arena. The L.A. born-and-raised son of an Eritrean immigrant father and American mother was murdered on March 31, 2019 in an act of gun violence in front of the shopping center he owned at the intersection of L.A.’s Crenshaw and Slauson Avenue.

While those who made the trek to the Staples Center, either in person or through livestreaming or television outlets, expected the homegoing celebration to be an admixture of grief and celebration, what they also encountered was a globally televised example of the relationship between politics, diasporic Africana religions, and popular culture emerging from the life of a self-avowed member of the Rolling 60s Neighborhood Crip gang.

What they also encountered was a globally televised example of the relationship between politics, diasporic Africana religions, and popular culture.

Examples from Hussle’s memorial celebration included: the pouring of libations and an invocation of the African ancestors delivered by his mother, Angelique Smith; a reading of an official letter written by the President Barack Obama, attempting to transmogrify Hussle from the form of a Rolling 60s gang member into a U.S. citizen governed by the theopolitical gravitas of respectability; an Eritrean priest who prayed Psalm 23 in Tigrinya; a reflection on the legacy of racialized LAPD police surveillance via Hussle’s older brother, Blacc Sam; a sermonic eulogy steeped in the Black Church homiletical tradition delivered by pastor and Grammy-Award winning songwriter Shep Crawford; and, finally, legendary rapper Snoop Dogg’s resignification of Hussle as “God’s Only Begotten Good Crip” and his implicit resignification of Slauson and Crenshaw as Golgotha, the place where the blood of wondrously flawed truth-tellers testifies to the incivility of this present world order.

I knew I wanted to begin my reflection on the recent Black Church docuseries with the diasporic homegoing celebration of Nipsey Hussle the moment the opportunity presented itself. I do not think I would be in error if I said that many scholars, students, and members of that complicated domain often signified as “the Black Church” would not consider Nipsey Hussle’s diasporic homegoing celebration as part of any tolerable discourse focused on the Black Church. For one, Nip was a self-avowed member of the Rolling 60s Crip family who was also candid about both his past and the trouble that surrounded his present. While the nature of Nip’s celebrity made his murder an international news story, a Black man with gang affiliations being allegedly gunned down by another Black man with gang affiliations is a quotidian reality in neighborhoods throughout the United States. Many who find themselves invested in the study of Africana religions, in general, or the Black religious experience in the United States, specifically, find Nipsey Hussle to be a stumbling block and an offense who constitutes nothing less than a frightening boundary transgression to the discourse of Black religions. That his Black life, Black death, and Black afterlives necessitate a desedimentation of Black religious thought is precisely why scholars of religion must regard him—and complex figures like him—with the utmost seriousness.

Many scholars, students, and members of that complicated domain often signified as “the Black Church” would not consider Nipsey Hussle’s diasporic homegoing celebration as part of any tolerable discourse focused on the Black Church.

While the acclaimed Black Church docuseries touched on a litany of themes and topics over the course of two episodes, the series engaged the relationship between the Black Church and Black popular culture primarily as a subsidiary theme as opposed to a grounding analytic. Though Black popular culture was not a foundational part of the conversation, uplifting figures such as Thomas Dorsey, Sister Rosetta Tharpe, C. L. and Aretha Franklin, the Edwin Hawkins Singers, Richard Pryor parodying Daddy Grace, and Muhammad Ali among others creates the condition of possibility for a fuller, more robust account for how the strict boundaries separating secular from sacred, holy from profane become scrambled and unsettled once Black popular culture is placed in conversation with Black religious experience.

Far more than simply plotting the “religious roots” of individuals whose talents and abilities gained them admittance within the domain of celebrity and renown, I am more interested in accounting for what political theorist Richard Iton conceptualized as the fantastic dimension of Black popular culture and its concomitant relationship to Black religious experience. For Iton, the Black fantastic was meant to refer to “the minor-key sensibilities generated from the experiences of the underground, the vagabond, and those constituencies marked as deviant—notions of being that are inevitably aligned within, in conversation with, against, and articulated beyond the boundaries of the modern.” Specifically, I am invested in studying how the dadaesque ambiguity emerging from within Black popular culture provides the occasion for both individuals as well as communities to informally engage themes of spirit, evil, communion, death, imagination, faith, justice, suffering, renewal, the afterlife, and love beyond the circumscription of formal religious institutions.

The fantastic can be found wherever Black imagination fugitively dares to unsettle order, confound policeability, and fashion an undisciplined existence in, but not of, the region and shadow of death.

Questions emerging from the study of Black religious experience and Black popular culture include: How might future studies on the cultural work and influence of figures such as Whitney Houston, Nina Simone, Little Richard, Aretha Franklin, Sault, Richard Pryor, Bob Marley, Yasiin Bey, Barry Jenkins, Janelle Monáe, Nipsey Hussle, serpentwithfeet, Serena Williams, Kanye West, Colin Kaepernick, Jamila Woods, Frank Ocean, Blood Orange, the cast of Pose, Donald Glover, Solange, Beyonce, Michael Jackson, and Prince among others unsettle both current conceptions of Black religious experience in the United States, as well as concepts of the “proper” location of religion itself? How might a rigorous engagement with the domain of popular culture open up opportunities to discuss the relationship between polarizing artists, the gifts they possess(ed), and the religious institutions that simply could not—and often cannot—bear the weight of their presence?

Whether we study Nina Simone’s Nuff Said album, the faith of Whitney Houston in relation to her struggle to find peace within the joy of Blackqueer life, or the life of “God’s Only Begotten Good Crip,” Black popular culture reveals that the fantastic expressions of Black sociality that many within the Black Church believe to be its private and exclusive property can never be quarantined, bordered, purely categorized, or dogmatically constrained. If anything, the work Iton generously left with us allows scholars to discern how the fantastic can be found wherever Black imagination fugitively dares to unsettle order, confound policeability, and fashion an undisciplined existence in, but not of, the region and shadow of death. 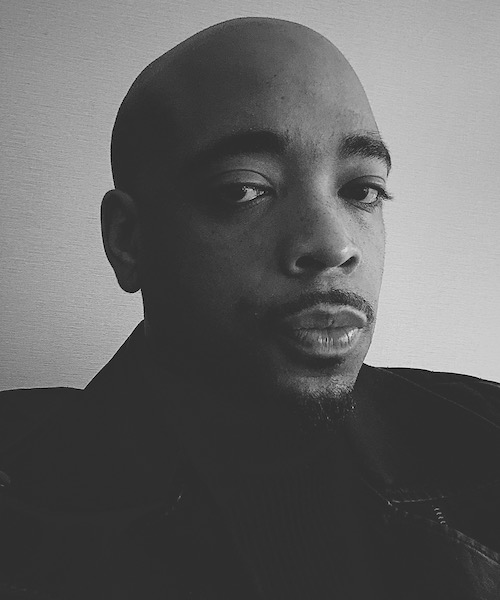 James Howard Hill, Jr. is a Ph.D. candidate in the Department of Religion at Northwestern University. His research primarily focuses on the relationship between religion, Black politics, and popular culture in the post-Civil Rights era.