Insights on Vaccine Hesitancy from Religious People’s View of Science

Members of many religious traditions are distrustful of scientists—albeit not for the reasons most scientists think. I worry that for a portion of the U.S. religious community, when they hear that a new vaccine is a triumph of “science” and is promoted by scientists, vaccine hesitancy will be reinforced. I also worry that the scientific community will misunderstand the views religious people have of science and will not effectively combat hesitancy. It may be useful for people engaged in religion and vaccination programs to know the insights of recent sociological research on what religious people think of science.

Part of the mythology of science is that it is the inverse of religion, and that religion and science have been battling over fact claims about the natural world since at least Galileo [1]. Since the self-image of science is that it is only concerned with fact claims about the natural world (such as how viruses replicate), scientists tend to assume that any conflict with religion must be over facts. This idea of a “knowledge conflict” between religion and science has been dominant in the public sphere. And, there are indeed a few fact claims that do conflict for a few religious traditions—most notably questions of human origins such as evolution and the age of the earth for conservative Protestants. But, not virology.

Part of the mythology of science is that it is the inverse of religion, and that religion and science have been battling over fact claims about the natural world since at least Galileo.

Perhaps religion used to be about explaining facts about nature, but certainly from the mid-twentieth century the larger American religious traditions have deferred to science on such claims, and obviously for many religious traditions, science has had this function for as long as “science” has existed. Contemporary research on the religious public has shown that to the extent there is conflict between religion and science, it is primarily over morality, not facts. For example, it turns out that concern over human evolution is not ultimately about the fact claim that humans evolved from earlier primates, but rather the moral implications and uses of Darwinism [2]. This emphasis on morals—not facts—is already evident among religious elites regarding vaccinations. As the introduction to this forum reports, Christian and Muslim theologians are not concerned about any fact claims about vaccines, but whether their development has been moral—such as whether the research used aborted fetuses.

Religion and science during COVID-19 has been the exception to what I have written above. In a study well summarized by its title—“Who Doesn’t Trust Fauci?”—it was found in May 2020 that conservative Protestants and Catholics were less likely than the non-religious to think scientists understand COVID-19. That is, these religious groups did tend to not trust scientists’ facts. This departure from the findings of previous studies was interpreted as a direct Trump communication effect, since these religious groups were more likely to be Trump supporters, and Trump had been repeatedly disparaging scientists like Fauci. This is, as is well known, what must be overcome as vaccines are rolled out, and hopefully with his megaphone removed, the disparaging of scientists from Trump will stop. This would allow the American religious community to revert to its baseline beliefs about science.

Hopefully with his megaphone removed, the disparaging of scientists from Trump will stop. This would allow the American religious community to revert to its baseline beliefs about science.

Views of science by the religious is one level more abstract than vaccine hesitancy, but I think there are general lessons to be learned. A repeated finding in the science communication literature is that scientists are strong believers in the “knowledge deficit” model—which is that if the public just understood the science better, they would agree with scientists’ position on a new technology. The knowledge deficit model has been repeatedly shown to be false because, as with religious communities, conflict about science is not over knowledge. But, belief in the knowledge deficit is the source of the scientific community’s typical solution to a conflict, which is more education about the science. I suspect that most elite scientists—who are much less religious than the population and much more likely to think religion and science are in conflict—would think that the religious community is in particular need of education [3]. I would say that religious communities are in no more need of learning the science behind vaccines than anyone else.

I think that the main lesson from sociological studies of religious people’s view of science and scientists is to emphasize the moral. Many statements from religious leaders emphasize that taking vaccines is a moral act, such as an act of neighborly love. While I agree with talking about the moral obligations of the religious, I want to emphasize a different aspect, which is to talk of the morality of the scientists who are developing these vaccines. A plethora of studies show that scientists are considered by the public to be morally suspect—after all, the most famous doctor in the world is Dr. Frankenstein. I am reminded of a report from a religion and science dialogue where a pastor was shocked to hear from a scientist that he was concerned about ethics. Moreover, to take but one survey result, conservative Protestants were less likely than others to think that scientists were working for the good of humanity, and more likely to think they were serving their own narrow interests [4]. It is this perceived moral conflict that is the problem.

I recommend any communication with religious communities includes a description of how the scientists are motivated by many of the same values as are taught by most or all religions.

Scientists of course will find it insulting that they have to defend their basic moral decency, but that is where we are. I recommend any communication with religious communities includes a description of how the scientists are motivated by many of the same values as are taught by most or all religions. For example, Fauci is, by my view, engaged in God’s work, and all medical research scientists I have met are working at their jobs to relieve human suffering. Scientists who study pandemics seem to me to be motivated by a desire to help the least of these, to use the Christian cadence. Medical researchers may tend to be less concerned about human embryos than some religious communities, but to enhance trust and reduce hesitancy, communication should highlight the values that are shared between the scientists and the religious community. 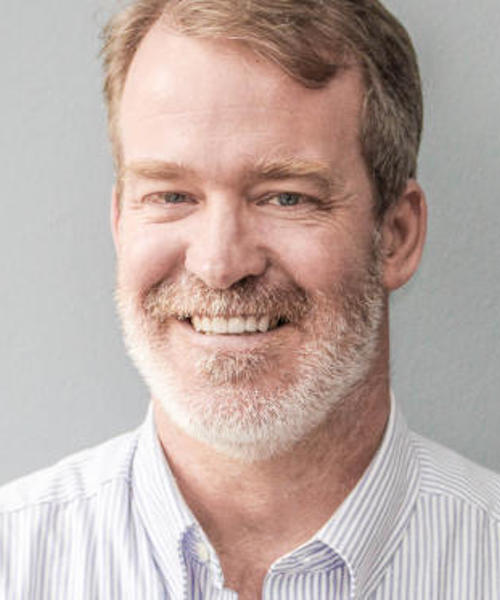 John H. Evans is the Tata Chancellor’s Chair in Social Sciences, associate dean of the social sciences, and co-director of the Institute for Practical Ethics at the University of California, San Diego. He specializes in examining debates that involve religion and science in the public sphere, as well as using social science to contribute to humanistic and ethical debates. His most recent book is The Human Gene Editing Debate (2020).