In modern history, the year 2020 will be remembered as a catalyst for change in the ways religions like Islam were forced to undertake a fresh understanding of theodicy related to universal human suffering caused by the pandemic. As a rule, Muslim theology is characterized by a triumphant mindset that celebrates its glorious past. Historically, Muslim religious thought has shown little interest in responding to the afflictions and tribulations caused by major plagues and disasters in different regions of the Muslim world. God is the sole author of sources of good and bad for the moral maturity of humanity. Hence, everything happens for a reason. More than expounding upon matters of orthodoxy related to human suffering, Muslim scholars had to deal with orthopraxy: What is the right course of action in order to fulfill my religious-moral obligations when threatened by naturally or humanly caused hazards to human well-being?

The Prophet and the early community had provided sufficient guidelines about some kind of self-imposed isolation by avoiding travel and contact during the plagues. In addition, religiously ordained habits of washing and cleaning as part of their daily rituals in more than one way proved to be an asset during these outbreaks. Orthopraxy, as the main source of Muslim social identification, whether practiced individually or collectively, functions as a permanent part of Muslim religiosity. Obedience to God is measured in terms of adherence to the sharia, the divine blueprint for human salvation.

Orthopraxy, as the main source of Muslim social identification, whether practiced individually or collectively, functions as a permanent part of Muslim religiosity.

The sudden onslaught of the contemporary pandemic at a time when confidence in medical practice and advancements in life sciences was at its zenith raised questions other than theodicy for the average Muslim. Its emergence in China and then other parts of the Western world was itself an anomaly. Customarily, health-related problems were treated as surfacing in the Global South, where it was generally believed that medical facilities and hygiene were the worst. This time around, early inquiries from the Muslim world were in search of understanding reasons for the coronavirus to create a turmoil in the West. Why now? Why in the developed countries? Is this pandemic part of the divine wrath in the face of human arrogance and indifference toward fellow humans in the developing countries?

Technically, in the Muslim world ethical questions are treated under the juridical sciences, which provide the rules and principles to interpret scriptural sources like the Quran and the Sunnah for relevant rulings dealing with orthopraxy. Hence, most enquiries take a religious form—obedience to God—and the solutions offered take the form of a sharia ruling (fatwa). More often than not, moral quandaries related to natural disasters take the form of theodicy: Why does the Merciful God punish human beings by creating diseases that inflict both the wrongdoers and the innocent?

Religion was invoked to complain about the political and social deficiencies of the corrupt Muslim authorities who failed to provide the necessary health and financial care for the poor and downtrodden. The distrust of the autocratic governments in Muslim countries remains at its peak. The majority of the population remains indifferent to or suspicious of the poorly communicated official directives to uphold mandatory lockdowns coming from the top. More pertinently, religious leaders—imams and ulama—hardly engage ethical issues related to distributive justice or individual and collective obligations to observe social distancing and covering of the face to stop the free movement of contagions.

Religion was invoked to complain about the political and social deficiencies of the corrupt Muslim authorities who failed to provide the necessary health and financial care for the poor and downtrodden.

In March 2019 and thereafter, most immediate religious rulings were sought regarding attending mosque services and whether any government in the Muslim world had the authority to forbid holding daily or Friday congregational prayers in the mosque. Fortunately, the leading religious authorities, usually under state control, supported the lockdown policies and advised people to keep away from religious institutions and observe strict rules against spreading the virus. The most remarkable opinion was rendered by the Saudi government by cancelling the obligation to perform annual pilgrimage or hajj during the pandemic. Although such cancellations had occurred in the past, it was the first time in modern history that the government had to issue a strict ruling forbidding the pilgrimage because of a pandemic.

The overall response of the scientists who developed the vaccine for COVID-19 remains proactive and constant. In a relatively short period, several possible vaccines with variant efficiencies have been produced. Today, more or less, the effective vaccination is being tested and administered in developed countries. Access to vaccination in the Muslim world remains uncertain. There is no evidence to suggest that people in the Muslim world are suspicious about the efficacy or potential side effects of the vaccine.

In addition, the level of nepotistic policies of wealthy Gulf countries and corruption in others reveal the impossibility of reaching those vulnerable to catch the virus, who need to be prioritized to receive the vaccines. Under such policies in the context of autocratic governance, the ethics of fair distribution takes a backseat. Silence on the part of the religious establishment indicates its indifference to question and to influence the governments toward attending to the urgent health needs of their citizens.

Silence on the part of the religious establishment indicates its indifference to question and to influence the governments toward attending to the urgent health needs of their citizens.

To add to the misery of the people, who suffer loss of jobs and financial security for their dependents, Muslim religious authorities have shown little interest in responding to the question of social injustice and lack of fair distribution of resources to sustain financial loss. The cancellation of hajj, for instance, meant that hundreds of guest workers lost income to support their families in their home countries.

As for the Muslims in North America and other Western countries, their response to pandemic has not been any different than other religious communities. Like all other peoples in the West, they have abided by the guidelines provided by the state health departments, and they have avoided social and religious gatherings in keeping with the mandatory social distancing and covering of the face. Ostensibly, some of the religious queries regarding attendance in the mosques and burial rites are often voiced, and religious councils provide responses, keeping in mind the changed circumstances imposed by the pandemic. The coronavirus has forever changed the way religious institutions function, with Zoom-mediated religious sermons and practices. 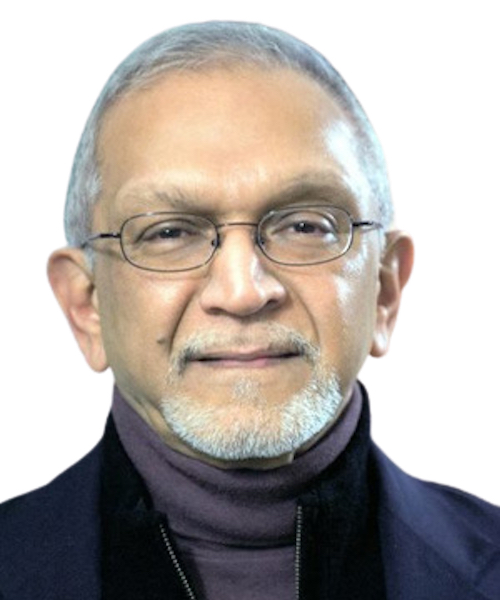 Abdulaziz Sachedina is professor and IIIT Chair in Islamic Studies at George Mason University in Fairfax, Virginia. He has been conducting research and writing in the field of Islamic law, ethics, and theology for more than two decades. His recent publications include Islamic Biomedical Ethics: Theory and Application and Islam and the Challenge of Human Rights.