Since mid-2020, suicide rates among women in Japan have surged dramatically by 15%, mostly affecting women in the 20- to 40-year-old age cohort. By contrast, the number of male suicides in 2020 has followed the downward trend of the past decade. Although the pandemic’s actual effect on the country’s acute economic and demographic crisis will not be fully known until the end of 2021, it has already revealed systemic inequalities associated with employment conditions and dominant ideologies of womanhood and motherhood. This negative development is attributed to two factors: the disproportionate impact of the pandemic on sectors that tend to employ more women in non-regular jobs, such as health care services, tourism, hospitality, and entertainment; and the increase in family caregiving responsibilities due to kindergarten and school closures, and reduced eldercare services that fall on women’s shoulders.

The long-ruling conservative Liberal Democratic Party, with its interventionist style, has consistently promoted a family-oriented social construct, embedding traditional views and moralities around family and gender roles. Such familist ideology implies that the family is the central social unit where members should support each other so that they do not become burdensome to the state. Nowadays, ideologies and policies around womanhood, motherhood, and family persist, fueling and reinforcing structural constructs around women’s roles as mothers and wives in their caring and nurturing roles within the institution of the family.

Ideologies and policies around womanhood, motherhood, and family persist, fueling and reinforcing structural constructs around women’s roles as mothers and wives.

On top of that, in order to generate economic growth amid a trend of falling childbirth and a hyper-ageing society, Japanese women have been pushed toward the mutually contradictory pressure to take active roles in the labor market, while also being subjected to the urgent demand to fulfil their role as mothers. The rising suicide figures among women since the beginning of the pandemic have revealed the tip of the hidden iceberg made of gendered inequalities, paradoxical and anachronistic demands, along with chronic, scant attention to Japanese women’s real needs.

Most doctrinal understandings of gender in contemporary Japanese religions consist of a tolerant approach that similarly sacralizes motherhood and family, while acknowledging the need for a women-friendly society where women can become neoliberal agents and be more involved in the economy. In this context, the role of religion in articulating emancipating views and roles is difficult to determine, especially if we adopt an empowerment approach to measure the impact of women’s agency. Sociohistorical and constitutional circumstances have imposed a marginal status on religions in Japan, and faith-based grassroots volunteer work performed by men and women accounts as fulfilling the cultural scripts in their respective socially expected roles.

Most doctrinal understandings of gender in contemporary Japanese religions consist of a tolerant approach that sacralizes motherhood and family.

In this context, women’s leadership initiative and proactive stance in faith-based volunteer work are often overlooked and taken for granted because of contextual normative social expectations. However, as Saba Mahmood suggests, looking at the potential for long-term ethical transformation that women in religious settings might go through while complying with gender normativity of patriarchal religions could better measure the impact of women’s agentive capacity. It is from this perspective that we should approach the roles played by women belonging to Japanese religious organizations in response to the COVID-19 crisis. As the pandemic continues to negatively impact people, especially the most socially vulnerable, women in religious communities become social stakeholders who can take some concrete measures to improve women’s lives and advance gender equality.

Here are some examples. Women of the Osaka-based Shinnyoen Social Contribution Youth Association, a Shingon Buddhist-based lay new religious movement, have been collecting and distributing supplementary protective equipment for workers in settings where women are the majority of the workforce: eldercare facilities, health centers, and hospitals. Members of another new religious movement, the Young Women’s Division of the Nichiren Buddhism-related Risshō kōseikai Ishibashi Church in Tokyo, have continued their social welfare activities despite emergency restrictions: Every day, they assist paid staff—most of them women—in care work in the local eldercare facilities and clinics so that paid workers can take some time off to look after their families during school closure and the state of emergency.

Women of the Osaka-based Shinnyoen Social Contribution Youth Association have been collecting and distributing supplementary protective equipment for workers in settings where women are the majority of the workforce.

Over the past year, Tenrikyō Federation for Foster Parents sponsored by the Shintō-based new religion Tenrikyō, has expanded its foster care services to respond to increased child abuse cases reported to the local welfare services. Municipalities have exclusive authority over consultation and the placement of children in foster care. However, because of personnel and budget shortages, they have consistently relied on support services and counselling of Tenri foster households, the large majority of them run by women.

The local churches of the Roman Catholic Church of Japan in Tokyo and Osaka have also responded by expanding their social capital, financial resources, and support services around domestic violence, psychological harassment, and child abuse. Over the past 10 years, women members of the Catholic Osaka-based Sinapis Social Services Association have organized seminars and campaigns in the Osaka area to raise social awareness about women’s reproductive rights, domestic violence, and child abuse. Since the beginning of the pandemic, the association has been offering consultations, shelter, and legal advice to women who become unemployed because of being laid off and those who are or might become victims of harassment or abuse, as well as those with suicidal thoughts.

The government’s limited response to pandemic-driven emotional and psychological stress has led some Buddhist temples and Buddhist-related new religions to extend their “active listening volunteering,” an emotional care technique largely popularized and professionalized in the aftermath of the triple 3.11 disaster. Some larger Japanese new religions have directed resources to non-profit organizations that provide support to women: Several active listening women volunteers of Risshō kōseikai, for example, have been cooperating over the past year with the local branch of the Befrienders Osaka, a non-profit working in suicide prevention. The religious organization also provides financial support for the non-profit’s training courses, help services, and consultations via hotline and social media.

The government’s limited response to pandemic-driven emotional and psychological stress has led some Buddhist temples and Buddhist-related new religions to extend their 'active listening volunteering.'

Wives of temple monks from traditional Buddhist sects and many of their regular women temple-goers are also not new to such volunteer emotional care for their local community. One Jōdoshū Buddhist women’s group in Osaka, typically restricted to regular women practitioners, has opened to occasional temple-goers looking for emotional help. More than 15 non-regular women join sessions twice a week over Zoom, where they are guided in the performance of Buddhist rituals while interacting with one another. This way, women who may not know each other and might not know Buddhist doctrine may still find support and feel emotional relief that helps them cope with their sense of isolation and insecurity.

In line with this, a Buddhist temple in the Tokyo Bay area has reached out to pandemic-hit young Vietnamese immigrant female workers, offering shelter, education, and support so that they can avoid exploitation and abuse. While professional spiritual care is still a niche sector since it requires practitioners to be officially certified as “spiritual care workers” (a form of chaplaincy requiring religious professionals to specialize in mental health care, grief care, and psychology of religion), more and more affiliates, including women, have started training and offering forms of spiritual care over the past year.

While unofficial, women of faith communities in Japan have played a role in boosting prevention and support measures for women’s well-being in response to COVID-19.

In this context, while unofficial, women of faith communities in Japan have played a role in boosting prevention and support measures for women’s well-being in response to COVID-19. They do so while complying with the gender complementarity pattern promoted by their religious organizations, in line with government discourses and policy agendas. While working within a diffused sociocultural framework that promotes conservative family-oriented values and gender roles, through their proactive responses addressing the needs of women and the vulnerable population hit by the pandemic, women of Japanese religious institutions are tackling the very fabric of such social and ethical construct.

Beyond the context-specific diversity and the historic-situational variability of the Japanese case, there could be parallels with other societies, interesting similarities in other faith-based movements where women may be agentive in ways that do not align with feminist expectations. Whether such a potential shift toward ethical transformations and amelioration in structural and social inequalities could provide more equal sociocultural constructs in the time ahead largely depends on those promising women’s agentive endeavors at the grassroots level. 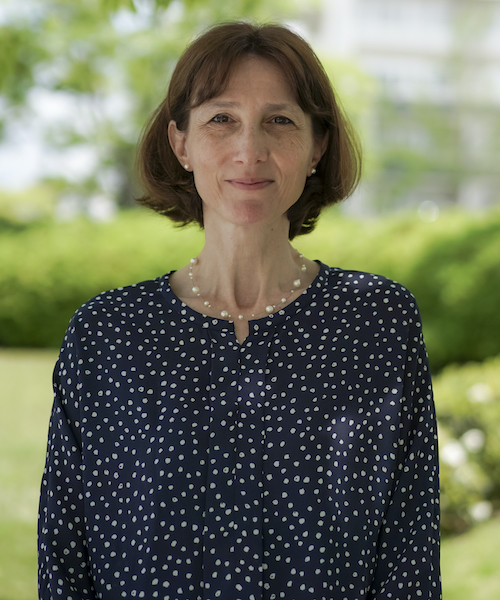 Paola Cavaliere is associate professor of Japanese studies at Osaka University in the Graduate School of Human Sciences. Her research interests include gender, religion, and civil society in Japan, with a focus on gender and religious dimensions of vulnerability and resilience in disaster settings, including the COVID-19 pandemic. She is author of Promising Practices: Women Volunteers in Contemporary Japanese Religious Civil Society.