The Role of Religion in Responding to COVID-19: A Baha’i Perspective

The effects of the COVID-19 pandemic have fallen particularly hard on women and girls. Around the world, women face the “shadow pandemic” of increased domestic and gender-based violence. They struggle against the gendered economic impacts of the pandemic, such as overrepresentation in frontline services and reduced access to social protections. They also bear the brunt of expanded unpaid care work, including childcare, homeschooling, and care for the sick and elderly.

Personal faith and religious affiliation are lenses through which many have analyzed responses to the pandemic. The experience of the Baha’i Faith provides further insight into ways that religion—as a system of knowledge, meaning, value, and action—can assist women and men to respond to social crises, particularly in light of pre-existing conditions of gender inequality.

The experience of the Baha’i Faith provides further insight into ways that religion can assist women and men to respond to social crises.

Beginning in March 2020, the Universal House of Justice, the world governing body of the Baha’i Faith, released a series of messages in light of the rapidly evolving health crisis. These communications were grounded in a set of initiatives, pursued over the past quarter-century by the Baha’i community and like-minded collaborators, that seek to build capacity in individuals, communities, and institutions to contribute to the constructive transformation of society.

These efforts center on a worldwide, decentralized process of spiritual and moral education, open to all. Structured in stages, this system tends to the moral education of children, facilitates the spiritual empowerment of young adolescents, and allows increasing numbers of youth and adults to explore the application of spiritual teachings to daily life and challenges facing society.

The equality of women and men is explicit in the system’s approach and curriculum. It also informs its central objective of building capacity for social change. Many women who enter its educational programs as participants gain the vision, confidence, and skills necessary to begin leading activities themselves. As their experience expands, a percentage begin coordinating the efforts of others, at levels ranging from the neighborhood to the national. As they become increasingly valued resources recognized in the local community, women’s conceptions of themselves and their contributions to society can shift significantly. Just as importantly, seeing women taking on positions of increasing responsibility, visibility, and decision-making has also assisted men—and not infrequently challenged them—to rethink inherited assumptions about gender roles.

As they become increasingly valued resources recognized in the local community, women’s conceptions of themselves and their contributions to society can shift significantly.

This pattern of action provided a key framework through which the worldwide Baha’i community responded to the pandemic. Having women already playing strong institutional roles and participating actively in decision-making spaces, for example, allowed communities to benefit from traditionally “feminine” qualities, as well as more “masculine” ones, often resulting in significant attention being directed toward areas such as care for families, the elderly, the vulnerable, and children. This was especially notable in areas where women’s voices have historically been marginalized.

Growing commitment to—and practice of—women and men consulting together as equals also affected relationships between spouses. It assisted many wives, husbands, and families to navigate the challenges raised by the pandemic more collaboratively, generously, and ultimately more effectively. This is not to say that long-standing patterns of gender bias have been eradicated from Baha’i homes and hearts. Rather, embracing gender equality as an explicit objective and fundamental truth of human reality, grounded in one’s advancing understanding of the Divine Will, impacted how difficulties were navigated, both individually and collectively.

Embracing gender equality as an explicit objective and fundamental truth of human reality impacted how difficulties were navigated, both individually and collectively.

At the broadest level, the Baha’i community’s response to the pandemic has been grounded in a consciously outward-looking orientation. In recent years, the Universal House of Justice has focused the Baha’i world on a vision of empowering every individual and community to become a protagonist in the process of building a new and better world, each one “resourceful and resilient.” In that first message in March 2020, as COVID-19 was racing around the world and places like northern Italy and New York City seemed to be tottering on the brink, it urged Baha’is:

“May your minds be ever bent upon the needs of the communities to which you belong, the condition of the societies in which you live, and the welfare of the entire family of humanity, to whom you are all brothers and sisters.”

This focus on constructive action and service to a higher good endowed the Baha’i community with significant resilience and adaptation to the disruptions of COVID-19. This can be understood as an expression of constructive resilience, the notion that whatever happens to us and whatever challenges we might face, we are never reduced to the category of victim alone. Human beings always have the capacity to contribute meaningfully to an ever-advancing civilization, should we choose it, and the hope and purpose found in that contribution are always available to us. This is an idea that had arisen primarily in the context of the Baha’i community of Iran, where generations of believers have faced widespread and state-sponsored persecution. But ironically—or perhaps providentially—in the context of a global pandemic, the concept became relevant to virtually all of humanity, not least to women and girls facing a host of uniquely gendered challenges.

This focus on constructive action and service to a higher good endowed the Baha’i community with significant resilience and adaptation to the disruptions of COVID-19.

The long-term disruptions wrought by COVID-19 are still becoming apparent. The work of responding to them and other global challenges will stretch into the foreseeable future. Using the experiences of the worldwide Baha’i community, I have tried to highlight some aspects of the role that religion can play not only in advancing the position of women and girls under crisis conditions, but also in empowering women and men alike to work shoulder to shoulder towards a more gender-equal and flourishing society. At its highest, religion helps humanity locate itself in a larger movement toward a better and truer world. In that regard, I close with one more excerpt from that first message from the Universal House of Justice in the wake of COVID-19:

“However difficult matters are at present, and however close to the limits of their endurance some sections of societies are brought, humanity will ultimately pass through this ordeal, and it will emerge on the other side with greater insight and with a deeper appreciation of its inherent oneness and interdependence.” 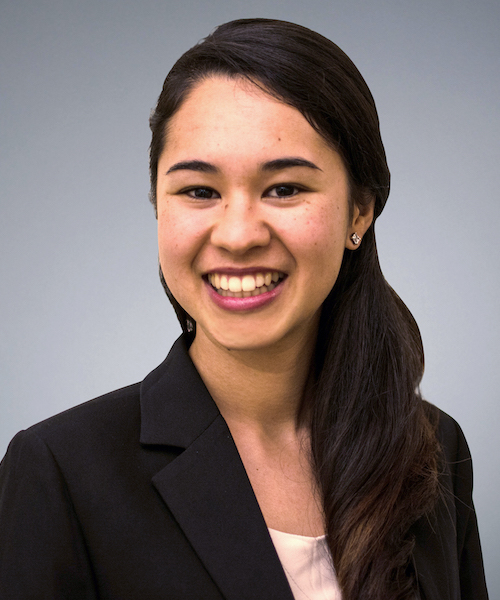 Saphira Rameshfar is a representative of the Baha’i International Community to the United Nations. Her areas of work include gender equality, youth empowerment, and peace and security. She currently serves on the Executive Committee of the NGO Committee on the Status of Women, and as co-chair of their Youth Leaders and Young Professionals program.