Women Step Up: Feminist Faith Leadership in the COVID-19 Pandemic

COVID-19 is demanding change of everyone. A local congregational minister observed recently that when she participates in rallies in favor of immigrants’ rights, she notices that she and her ordained women colleagues are the majority of religious leaders present. When Catholic nuns die in their motherhouses, it is common now to see their elected leadership and other women ministers leading the wake, funeral, and burial services formerly handled by male clergy. In countless homes across the country, women are doing the lion’s share of supervision of children’s at-home learning, as well as their own jobs. These dynamics reflect a history of inequality and a future of equity.

COVID-19 is like a war. Historically during wars, women took on many of the tasks that were previously reserved to men. Rosie the Riveter is an icon of World War II, an example of the many women in that era who stepped up to work in factories and on farms while men went to war. Once the men came back, many of the women were dismissed from those jobs, consigned to hearth and home. No wonder the women’s movements developed subsequently to give women choices—including where, when, and whether to work.

COVID-19 is like a war. Historically during wars, women took on many of the tasks that were previously reserved to men.

In the United States, 4% more men than women have died of coronavirus, although more women than men have been infected. Research is still catching up, but it appears that risky behavior, pre-existing conditions, and genetics play a role in this disparity. This is an issue that will be thoroughly investigated given that men—not women—are disadvantaged. The plus here is this new (for some) realization that attention to gender differences, and indeed to gender diversity, will benefit everyone.

I suspect that in the years after this wave of the COVID-19 pandemic (there may be more waves to come), it will be more difficult to restrict women and women-identified persons by gender. Young people are savvy and have come to expect, on the basis of the changes insisted upon by previous generations of women who are celebrated during Women’s History Month, that they can be and do anything they set their minds to. Moreover, women get more radical as they get older, so today’s young women and women-identified persons, with their educational preparation and political insights, are likely to fulfill their own expectations.

In my field of religion, this is a special challenge because many religious traditions have provided the intellectual and spiritual bedrock for discrimination. Women and non-binary people in ministry in Judaism and Christianity (minus Catholicism) have risen steadily in numbers and ranks so that many are now in prominent pulpits. More important, many women-identified persons are engaged in the day-in, day-out tasks of serving the poor and marginalized, struggling to change unfair social systems. They use their feminist insights in their respective faith traditions to insist that love and justice, equity and ecology reign. In so doing, they reshape belief systems based on contemporary social and biological scientific data. For example, they do not accept stereotypic gender assignments or policies that flow from them.

Many women-identified persons are engaged in the day-in, day-out tasks of serving the poor and marginalized, struggling to change unfair social systems.

As COVID-19 continues to ravage society, disproportionately in Black and Brown communities, women have no choice but to step up. Those women ministers actively present at immigration and Black Lives Matter demonstrations are the same ones who lend their credibility to reproductive justice and fair wages for women campaigns. They lift as they climb, spending their symbolic capital as religious leaders for the common good, especially on issues that bear directly on women and dependent children as womanist (Black feminist) colleagues insist.

The nuns handling funeral duties are simply following the lead of many other Catholic women who insist on equal rights, as well as equal rites. Most have no aspiration to become Catholic priests, nor do they want to see men follow that route any more. Instead, they favor a more horizontal, non-clerical model of church in which members take on their baptismal responsibility to engage in ministry both pastoral and administrative. These women want to serve those in need and make decisions about money, property, and sacraments that belong to the whole church.

The nuns handling funeral duties are simply following the lead of many other Catholic women who insist on equal rights, as well as equal rites.

What of the women at home? COVID-19 robbed millions of people of their jobs. Since women historically did the majority of the home-based work, it is not surprising that women were the first and most frequently let go from what were usually lower-paying jobs due to women’s lower educational status. When schools closed and/or went virtual, women picked up the bulk of the educational tasks, as well. Now that many people, women as well as men, are returning to work, the Census Bureau reports the good news that there is near gender parity in re-employment. But the bad news is that even as women go back to work, their home responsibilities remain the same. This reinscribes the double burden women have labored under for generations. More male involvement, improved childcare, and more socialized schooling options are in the offing.

These examples demonstrate that historical inequality endures for a long time. But as people begin to address its many forms—religious and secular—the goal is equity. Equity means taking seriously the unequal starting points, not turning the tables but building new structures: intersectional justice with the women ministers, shared ministry thanks to progressive Catholic women, and higher-quality childcare and education because children deserve no less. This is what women who are stepping up during the COVID-19 pandemic are creating. 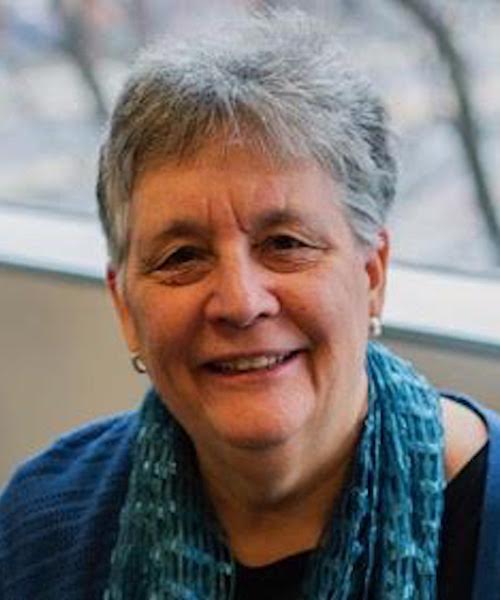 Mary E. Hunt, Ph.D., is the co-director of the Women’s Alliance for Theology, Ethics, and Ritual (WATER). A Catholic feminist theologian, she is engaged in public-facing theology about which she writes and lectures. She chairs the American Academy of Religion Status of LGBTIQ Persons in the Profession Committee.