In 1986, I chose the confirmation name Francis, in a nod to the medieval saint from Assisi. Performing the required research report on my choice in our small Catholic school library, I came across the story of St. Francis and the sultan. The source I consulted, while noting that Francis attempted a nonviolent alternative to the Fifth Crusade, depicted his expedition in 1219 to what is now Egypt as centered on converting Sultan al-Malik al-Kamil to the Christian faith. Therefore, the trip was depicted as a failure as it did not achieve that result. On February 6, reflecting on his recent apostolic journey to the United Arab Emirates, Pope Francis, who chose his regnal name to honor the poor man of Assisi, told a general audience about how he often thought of the “visit” of his medieval namesake to the sultan 800 years before as inspiration for “the prayer that the dialogue between Christianity and Islam may be a decisive factor for peace in the world today.” Here, Pope Francis is likely drawing on alternative readings of St. Francis’ time in the Muslim world. These propose that, despite its initial intention of peacemaking through the reduction of diversity, it was a period of learning resulting in dialogue-generated insight in several spiritual and practical areas. These insights helped enliven, drive, and make more effective St. Francis and St. Clare’s contribution to the renewal of medieval Catholicism via a path marked by the promotion of simplicity, peace, and care for creation.

Building on the contributions of his predecessors since the Second Vatican Council, Pope Francis has promoted a culture of encounter and dialogue as a means to grow peace in the world. This attitude cannot solely take place amongst Catholics; if it is to be truly transformative, it must reach across economic, cultural, social, and religious lines that too often divide the human family and alienate us from the rest of the ecological world. Approaching this task with intention is part of responding to the Gospel call to peacemakers that Pope Francis has amplified in his social teaching. While St. Francis may have come to realize the importance of Muslim-Christian encounter after arriving at his destination, Pope Francis sets out to undertake and promote such encounter for its peacebuilding potential. It is in this spirit that Pope Francis could share with his audience on February 6 that his most recent apostolic journey helped to write "a new page in the history of dialogue between Christianity and Islam and in the commitment to promote peace in the world on the basis of human fraternity."

The evidence for this claim is expressed most carefully in the document "Human Fraternity: For World Peace and Living Together," which Pope Francis signed with Ahmad Al-Tayyeb, the grand imam of Al-Azhar, at Abu Dhabi on February 4. It is a very particular type of peace-affirming document, which was evidently crafted to speak to commonalities that have resonance for Christian and Muslim audiences without reducing the important differences between the two religious traditions. As such, some of the language, including but not limited to the choice of employing the gendered term “fraternity” and the invocation of the importance of ultimate divine judgement as a motivation for peacebuilding work, may be surprising to secular peace studies scholars and conflict transformation practitioners. The tensions underlying this surprise should not be summarily dismissed. Yet, understood as an effort to bridge the conflict-inducing gaps between the world’s two largest religions traditions, there is much that is helpful in the document. The document concludes by affirming multiple shared goals: condemning blind extremism, asserting that religions support tolerance, proposing that faith in the divine “unites divided hearts and elevates the human soul” in large part because “God has created us to understand one another, cooperate with one another and live as brothers and sisters who love one another,” and asserting the importance of a goal of “finding a universal peace that all can enjoy in this life.”

This document represents a grounded hope, buttressed by a commitment on the part of the signatories to promote the sharing and study of the document and foster incarnation of the ethical insights it encapsulates both within their own communities and more broadly. It stands as a testimony to the proposition that faith-inspired energies activated by the cooperation between Muslims and Christians can and should result in a more peaceful world. It explicitly counteracts the clash of civilizations thesis and situates, as essential to faithful living in this world, religious duties to cooperate and understand difference driven by a spirit of love so that everyone can enjoy the dividends of universal peace as it contributes to human flourishing within the created world. Then, this document can surely be understood as bringing forward some of best spiritual and practical insights emerging from Muslim-Christian encounter that St. Francis, St. Clare, and their collaborators helped spread through Western Christian traditions eight centuries ago. 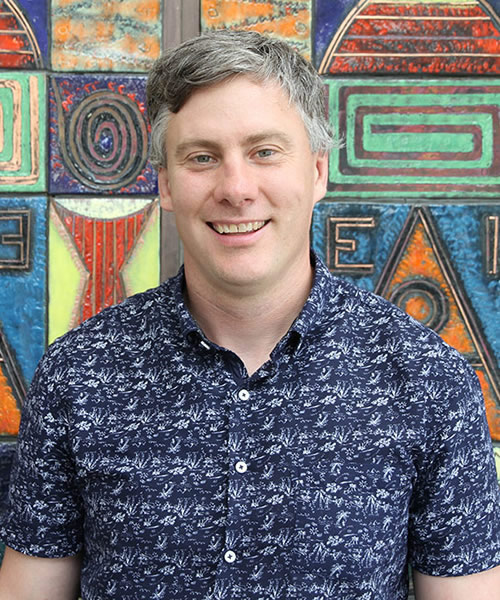 Christopher Hrynkow is an associate professor in religion and culture at St. Thomas More College, University of Saskatchewan. From January to July 2019 he is serving as Patrick and Barbara Keenan Visiting Chair in Religious Education at the University of St. Michael’s College in the University of Toronto.