Dialogue: Okay, But What's Next?

In mid-February I met with Imam Mohamad Bashar Arafat and a group of his collaborators to discuss a conference on the meeting between St. Francis of Assisi and Sultan Malik al-Kamil in Damietta, Egypt, 800 years ago. For the anniversary of that meeting, we invited Dr. Ahmed al-Tayyeb, the grand imam of the University of Al-Azhar in Egypt. During our conversation, Imam Arafat told me that he was present when the grand imam met with Pope Francis in Abu Dhabi for an interreligious encounter on human fraternity on February 3 and 4. This was a unique encounter, not only because it was the first time that a pope visited the Arabian Peninsula, but also because the two religious leaders together signed a document on "Human Fraternity for World Peace and Living Together." To my knowledge, this is the first time that a pope has co-signed a document with a Muslim, and therefore it is certainly worthwhile to study the document as a new step in relations between Muslims and Christians.

Yet, Imam Bashar told me that the Pope hardly talked about the document in his speech in Abu Dhabi, while the grand imam spent most of his speech addressing its contents. He was a bit surprised about that, but after reading the document I can understand it. There is nothing wrong with the statement on human fraternity, and it certainly needs to be studied and published widely. Yet, Pope Francis is not so much interested in theological documents, even if they contribute to world peace and living together in human brotherhood and sisterhood. He is more interested in concrete actions, preferably at the grassroots level. For him, it is more important to show acts of kindness and mercy than to write about it.

The frustration of so many people like me who have worked in interreligious relationships, specifically between Muslims and Christians, is that words seem to change nothing. People talk about an elitist circus of dialogue participants who come together annually to repeat the same formulas and to confirm old friendships. At the same time, Islamophobia and anti-Semitism are rampant, and Christians seem to contribute more often to a poisonous atmosphere than to concrete and specific steps forward in relations with Muslims and Jews. We seem not to be able to find our way to the pews in the churches and the rows in the mosques, and in the meantime less friendly voices and acts are magnified in the press.

So dialogue is okay, but what’s next? I think it helps to differentiate between different levels and forms of dialogue in order to see that much can be done in different ways and at different places. There is the diplomatic dialogue and the dialogue of the experts that might be elitist, but at the same time it is necessary. I would rather see a pope signing a document alongside an imam than both calling to crusade and jihad. I agree that theologians of both traditions should talk with one another in order to get to a better understanding of the differences between them. However, there is also the dialogue of prayer and spirituality, and the dialogue of social justice, ecology, and human rights. Finally, there is the oldest and most fundamental dialogue of all: the dialogue of living together in mutual hospitality. In this respect, we have a lot to learn from our brothers and sisters in the Middle East.

Maybe the most important message is that dialogue cannot be measured in terms of success. We have made much progress since the start of new relationships at the Second Vatican Council. But at the same time we know that there is so much more to be done. Sometimes that awareness can be overwhelming and even depressing. At such moments it can be helpful to pause for a moment and realize that what we have witnessed recently in the United Arab Emirates is really unprecedented, just like the meeting between the sultan and the saint was unprecedented 800 years ago. As a Catholic theologian I believe that it is the Holy Spirit that makes these unprecedented moments possible, even if we think that they make no real difference. We just need to shape the spaces where the Spirit can work between us. 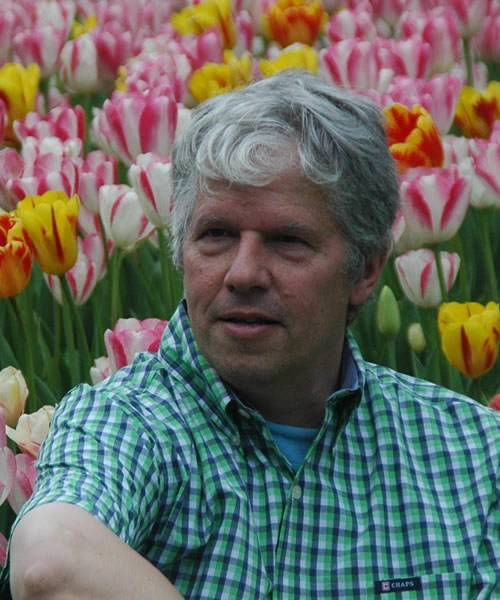 Wilhelmus "Pim" Valkenberg is professor of theology and culture with a specialization in Christian – Muslim relations at the Catholic University of America.