When Pope Francis and the grand imam met this month in the United Arab Emirates, they did so in the context of a global demographic transformation for both Christians and Muslims. Today, 65 percent of all Christians are from the Global South (Asia, Africa, Latin America), up from only 20 percent one hundred years ago. Similarly, only about 20 percent of Muslims worldwide are Arabs, with the vast majority living in Asian countries far from its historic home in Saudi Arabia. These two demographic realities have a very important consequence: Christian-Muslim relations cannot be reduced to Western civilization “clashing” with the Arab world. A more typical interaction between the world’s two largest religions is Christian and Muslim friends meeting together over lunch in Indonesia. Even the United Arab Emirates, a Muslim-majority country where the pope and the imam met, does not epitomize a static religious situation. In 1900, there were virtually no Christians in the UAE, but today they represent about 13 percent of the resident population. As various media outlets accurately reported, the majority of these Christians are Catholic migrant workers, many from the Philippines. A broader assessment of the current status of Christianity and Islam is helpful in understanding who is potentially impacted by the pope and grand imam’s agreement on human fraternity, which underlined the importance of peace between nations, religions, and peoples.

Christians and Muslims together have increased from 33 percent of the world’s population (1800) to 57 percent (2020), and in the future could reach 65 percent (2050). Muslims are likely to maintain higher birth rates than Christians, but it is expected that conversions to Christianity will continue, especially in the world’s largest countries: China and India. As a result, by 2050, Christians (35.5 percent of the world’s population) will likely still be more numerous than Muslims (29 percent). The largest populations of Muslims will continue to be found in Asia, namely, India, Pakistan, Indonesia, and Bangladesh. Today, there are about 1.25 billion Catholics, who represent about half of all Christians and are growing at 1.02 percent per year. Muslims number about 1.9 billion and are growing at 1.95 percent per year.

Migration has moved Muslims from their traditional homes in Africa and Asia and brought them to Europe, North America, and Australia/New Zealand. Yet, despite many historic and theological connections between Christianity and Islam, Muslims often do not feel at home in these Christian-majority contexts. While some Westerners have welcomed Muslims as part of the Christian teaching to “love your neighbor,” many Christians harbor strong anti-immigrant sentiments. These negative attitudes appear to have strengthened in recent years, making it difficult for Muslim immigrants to truly settle and feel at home in the West.

At the same time, Christians are marginalized and persecuted in some Muslim-majority countries. Studies have shown that persecution has increased in recent years, with many Christians, especially Catholics and Orthodox, forced to leave their historic homelands. A massive exodus of Christians is underway from the Middle East, the birthplace of the Christian faith.

Christians and Muslims do not know each other well as a result of both global and local misunderstandings. Recent research reveals that as many as 86 percent of all Muslims worldwide do not personally know a Christian. Other research shows a gap in friendship and hospitality between Christians and Muslims, where each tends to find their closest friends within their own religion. While this is not surprising, it is at the personal level where Christians and Muslims will discover common interests and build solidarity to help ease tensions and foster fruitful communities across religious differences.

With these global trends in mind, what can be done to provide greater efficacy for a “human fraternity” agreement? The document declares “the adoption of a culture of dialogue as the path, mutual cooperation as the code of conduct, and reciprocal understanding as the method and standard.” While both communities will likely find this path challenging, there is great opportunity to encourage Christians and Muslims to positively interact in religiously diverse communities. Christians and Muslims can improve their engagement with each other through developing a “theology of interfaith solidarity” that begins with shared values, developing trust, and working toward deeper conversations and common concerns. Christians and Muslims should be motivated to know and love their neighbors. Hospitality, lately reduced to simply entertaining friends of the same social strata, has lost much of its sacramental and covenantal quality. Hospitality across social and religious boundaries reflects divine generosity, anticipating the hospitality of God.

The pope and the grand imam locate human fraternity in caring for the poor, eschewing violence, and pursuing peace, freedom, and justice for all. Christians and Muslims have deep theological resources to join them on this quest. Tensions between the two religions tend to increase violence, fear, and instability around the world. As the two largest religions will soon represent two-thirds of the human population, their shared document, however imperfect, is a welcome declaration of “mutual understanding, human fraternity, and harmonious co-existence.” The future of the world depends on it.

EDITOR'S NOTE: This blog post has also been translated into Portuguese by the Centro de Reflexão Missiológica Martureo. 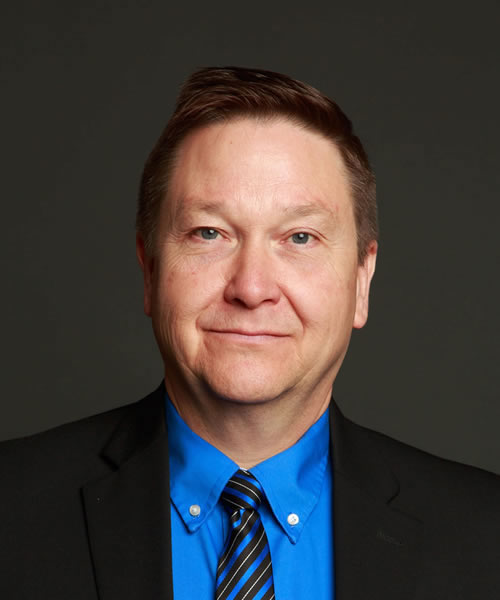 Todd M. Johnson is director of the Center for the Study of Global Christianity at Gordon-Conwell Theological Seminary. He is also a visiting research fellow at Boston University’s Institute for Culture, Religion and World Affairs, leading a research project on international religious demography.