Olúfẹ́mi O. Táíwò defines the constructive view of reparations as a world-transforming project in which the beneficiaries of structural injustices materially redistribute to those burdened by said injustices. Constructive reparations demonstrate Georgetown University's failure to compensate the GU272 descendants as well as American universities' broader reparative responsibilities. Many institutions practiced slavery, all occupy indigenous land, and several partner with corporations and military institutions that exploit and enact violence on racially-disadvantaged populations domestic and abroad. Using Táíwò's philosophical framework, I will investigate how Georgetown and other universities benefit from the unjust world order he identifies and their responsibilities in constructing a new one. 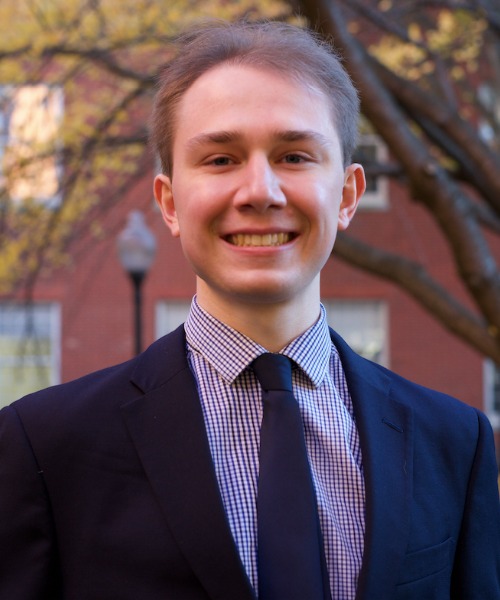 Michael Skora (SFS '23) is a junior from the School of Foreign Service majoring in international history focusing on imperialism and its undergirding ideologies and discourses. More specifically, much of Michael's research focuses on critical perspectives of the Western university, media, and other institutions as productive industries of global hierarchies such as race, class, and gender. Michael participated in the Berkley Center's Global Ethics Dialogues in fall 2019 to discuss contemporary affairs from a philosophical ethics standpoint. He is currently planning a senior thesis that will focus on the imperialist incentives that went into the creation of the School of Foreign Service.