Reflections on the Vatican Conference on Nuclear Disarmament

Pacem in Terris and a World Free of Nuclear Weapons

From November 10 to 11, activists, policymakers, religious officials, and academics convened in Vatican City for a conference on nuclear disarmament. The conference was convened in the wake of the passing of the Nuclear Ban Treaty and the awarding of the Nobel Peace Prize to the International Campaign to Abolish Nuclear Weapons. As such, the conference sought to continue the international momentum for a ban on nuclear weapons on the basis of their immorality.

Previously, the Vatican’s stance on nuclear weapons was more complex—it prohibited the use of nuclear weapons but allowed for deterrence. Pope Francis, however, has now taken a stronger stance: the possession of nuclear weapons is morally unacceptable. The Catholic view is that a peace under the shadow of mutual annihilation is not a real peace, and that the threat of mutual destruction is morally repugnant. Real peace can only be achieved through dialogue and interaction.

The papal decree matters—not just for the world’s Catholics, but also for the alignment of a major religious authority with an international trend growing in popularity. It’s initially unclear, though, whether either the decree or the trend matter for the nine nuclear powers.

The conference boasted a thoroughly international and diverse attendance. Father Drew Christiansen, S.J., of the Berkley Center spoke on the social and moral responsibilities of scientists. Other speakers addressed topics ranging from the role of the Church in nuclear disarmament, the parallels of the nuclear disarmament campaign to previous ban campaigns such as for landmines and cluster munitions, the risks of nuclear weapons, the state of nuclear arsenals today, and the United Nations effort to create a legally binding ban treaty. Not all of the conference participants were Catholic, but they largely shared the conclusion that nuclear weapons are immoral. Some arrived at that conclusion because of the indiscriminate nature of nuclear weapons, others because of the inhumanity of mass killings, and others still because of the very real possibility for rapid escalation into an apocalyptic scenario after an initial nuclear launch.

In order to light a flame of passion in conference attendees, the conference organizers arranged for us to meet with Pope Francis. During this meeting, which was held in the papal residence, Pope Francis delivered his speech officially calling for the ban of all nuclear weapons. I was struck by the historic weight of the moment I was witnessing. Afterwards, we were invited to come and greet him, individually shaking his hand and exchanging a few words. The encounter was certainly inspiring, and the conference attendees felt emboldened in their work.

One particularly exciting moment in the conference was a debate between the Austrian and Mexican representatives at the United Nations and the North Atlantic Treaty Organization (NATO) deputy secretary general. The NATO representative was one of the only voices of disagreement at a conference of people who otherwise largely agreed with one another. She argued that the downside of a ban treaty at the United Nations is that a ban treaty both accomplishes nothing—because the nuclear powers will disregard it—and that such a treaty would undermine the existing and effective Non-Proliferation Treaty. She argued that rather instead of pushing for a full ban, states and activists should support current efforts under the Non-Proliferation Treaty to gradually decrease the number of nuclear weapons in the world.

Through the conference, nuclear powers (in particular the United States) were characterized as oppressive powers holding the world hostage to their will by threatening nuclear weapons usage at any moment. This characterization irked me for two reasons. First, I don’t recall a time when the United States has threatened nuclear usage to non-nuclear countries. Although, certainly other nuclear powers may have done so. Second, the majority of the conference attendees failed to acknowledge the role that fear plays in the possession of nuclear weapons by states. Indeed, the United States doesn’t have thousands of nuclear weapons so that it can bully Mexico and Canada into compliance with its will. The United States originally obtained nuclear weapons because of a profound fear that the Soviet Union would destroy it if it didn’t have a sufficient nuclear deterrent. I suspect the Soviet Union suffered from a similar fear. Pakistan perceives an existential threat from India. Israel also perceives an existential threat from its neighbors. The characterization of all nuclear countries as immoral global bullies seems to miss the point. A misunderstanding of these countries’ motivations means that persuasion of these powers will be difficult.

Perhaps, it’s the job of the Vatican to be idealistic—to decree rules for a utopian world that we don’t currently live in, but hope to in our lifetimes. Yet I was struck that none of the conference speakers addressed the practicality of nuclear disarmament. How do we assure Pakistan that India won’t attack once it disarms? Towards the end of the conference, Nobel Peace laureate Mairead Maguire exclaimed (seriously) that rather than waste our time banning nuclear weapons, we should instead ban war entirely. Her call was met with tentative and sparse applause. However, it struck me that if one takes the disarmament argument to its logical conclusion, it does amount to a ban on all violence. It’s a noble goal, and I certainly agree that war is horrible. Nonetheless, I think the practical questions are worth addressing as well. 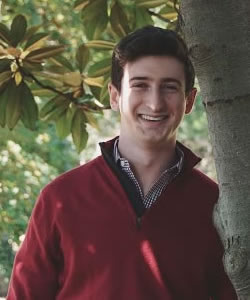 David Patou is an undergraduate student in the Georgetown College, class of 2018, majoring in philosophy and minoring in economics and Jewish civilization. He’s particularly interested in the intersections of public policy, politics, and morality. Outside of class, he works with Georgetown on sexual assault policy and programming, runs a start-up company, and engages with various Jewish student organizations.