Rethinking How the United States Projects Its Values

Last spring, Joseph Biden published an essay in Foreign Affairs titled “Why America Must Lead Again: Rescuing U.S. Foreign Policy After Trump,” which cataloged the tremendous damage the Trump administration has wrought to the United States’ global reputation, alliances, and influence. Biden pledged that as president he would work to repair this damage by taking “steps to renew U.S. democracy and alliances, protect the United States’ economic future, and once more have America lead the world.” There are serious questions as to whether or not the United States can recover its moral authority in the world, given the record not just of the Trump administration, but also of the country’s long legacy of destructive foreign interventions and cozy relations with certain repressive states, among other hypocrisies.

There are serious questions as to whether or not the United States can recover its moral authority in the world, given the record not just of the Trump administration.

Additionally, there are legitimate concerns about whether or not the United States should seek a return to dominance in the global arena, with cogent voices calling for the nation’s leaders to forge a new path of “solidarity” with the world. However, in light of Biden’s stated foreign policy objectives and the reality of more than seven decades of bipartisan commitment to exercising preponderant influence in world affairs, we are unlikely to see any significant move away from the goal of reasserting American leadership. The Biden administration will be looking to enact changes to U.S. foreign policy that will signal and project its moral values to allies and adversaries alike.

Reorienting U.S. human rights policies, including official rhetoric about promoting religious liberty abroad, will play a central role in this effort to rejuvenate the image of the United States. Although Donald Trump and his advisors routinely touted their commitment to promoting religious liberty, at least as it applied to Christians facing persecution abroad, in practice their policies did little to advance even that cause. The administration turned away significant numbers of persecuted Christian refugees. It also largely ignored the persecution of the Rohingyas and the Uighurs and sought to prevent Muslims from entering the United States. In championing the report of his Commission on Unalienable Rights, Secretary of State Mike Pompeo argued that the United States should prioritize the promotion of religious liberty above other human rights. These reports and public statements not only did not reflect the actual policies of the Trump administration, they also in effect signaled to the world that the United States would deprioritize other human rights, including core democratic values such as the freedoms of speech, assembly, and the press.

Reorienting U.S. human rights policies, including official rhetoric about promoting religious liberty abroad, will play a central role in this effort to rejuvenate the image of the United States.

The Trump administration’s embrace of religious liberty favored Christians on a rhetorical level, failed to protect persecuted faith groups (not to mention non-believers) on a practical level, and sent troubling messages to the world community about U.S. values more generally. Unsurprisingly, the administration’s policies have contributed to a decline in global opinion about U.S. leadership. Major human rights organizations including Human Rights Watch and Amnesty International have called on the incoming Biden administration to refocus U.S. foreign policy by taking more consistent stances against human rights violators—condemning abuses committed by U.S. allies rather than just selected adversaries—and promoting a broad rather than narrow slate of freedoms worldwide.

Debates over which rights the United States should advance and how it should deal with abusers are not new, and as such the challenges that past administrations have faced in defining human rights and religious freedom and embedding these values in their foreign policy offer key lessons for Biden. National security concerns, economic priorities, and other strategic interests have in many instances taken precedence over implementing a comprehensive approach to addressing human rights violations. Both Jimmy Carter and Ronald Reagan came under fire during their presidencies from activists and political opponents for selectively pursuing human rights violators, and for their decisions to try to achieve human rights objectives through quiet diplomacy rather than full-throated condemnation.

The challenges that past administrations have faced in defining human rights and religious freedom and embedding these values in their foreign policy offer key lessons for Biden.

Carter, for example, took strong, vocal steps to confront right-wing regimes in Latin America that were guilty of perpetrating state violence. Yet he faced criticism for failing to deal similarly with abuses elsewhere. Advocates for religious liberty in the Soviet Union took him to task for his seeming lack of focus on persecuted Christians, even though he used quiet diplomacy to broker the release of some Soviet religious prisoners. Reagan, who lambasted Carter for his inconsistency in pursuing human rights violators, reoriented U.S. policies to target totalitarian regimes while providing aid to brutally repressive authoritarian leaders in countries like Guatemala (to say nothing of supporting the Nicaraguan Contras). He likewise met condemnation from activists and many members of Congress. When adopting the mantle of defender of human rights and religious liberty, perceived inconsistency reads as infidelity regardless of the complex calculus that goes into weighing policy priorities.

That the religious right has laid claim to the goal of promoting religious liberty abroad also poses a challenge for the Biden administration. As I explain in my book, during the 1980s, politically conservative Christian foreign policy activists played an important role in narrowing the scope of U.S. human rights policies to place a particular emphasis on religious freedom. They argued in Congress and elsewhere that religious freedom was the primary human right and that countries that restricted religious practice were the most significant violators of human rights. By the late 1990s, their activism had helped to embed mechanisms for promoting religious liberty abroad into the State Department through the passage of legislation such as the International Religious Freedom Act. Conservative Christians have for so long defined the U.S. approach to fostering religious liberty abroad, and have been so selective about whose religious liberty they are most eager to protect, that the term itself has taken on an association with Christian nationalist ideology.

During the 1980s, politically conservative Christian foreign policy activists played an important role in narrowing the scope of U.S. human rights policies to place a particular emphasis on religious freedom.

If the Biden administration seeks to reclaim U.S. leadership in part through a reassertion of core American values, it will need to redefine religious liberty. Repudiating Trump-era policies is not enough; Biden must stand for a capacious, inclusive, and comprehensive definition of religious liberty as a right among equals with other fundamental freedoms. Whether or not it is politically feasible to apply a consistent standard to our allies and adversaries alike remains an open question though. 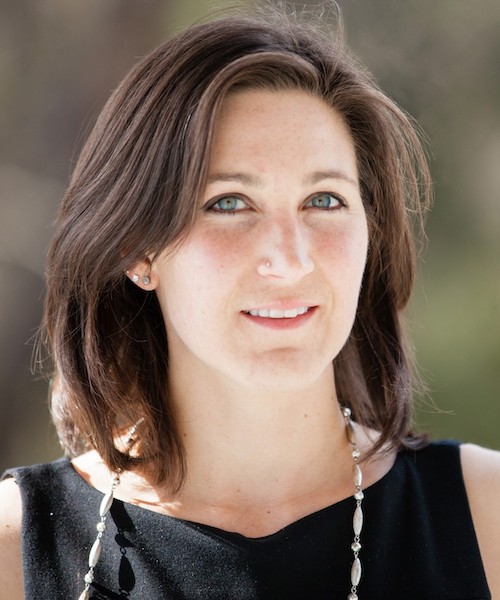 Lauren F. Turek is associate professor of history at Trinity University, where she also directs the museum studies minor. A diplomatic historian by training, her research interests include the history of U.S. foreign relations, religion, and the international human rights movement. Turek is author of To Bring the Good News to All Nations: Evangelical Influence on Human Rights and U.S. Foreign Relations (2020).