What is the Function and Purpose of Interreligious Dialogue?

In a speech in 1962, President John F. Kennedy proclaimed, “we enjoy the comfort of opinion without the discomfort of thought.” Today, this statement maintains a pertinent resonance both in the United States and on a global level. Despite our ability to connect and communicate more broadly than ever before, I question where and how this “discomfort of thought” is truly explored. Often opportunities to develop our human consciousness and engage in meaningful conversations appear to be interrupted by our already preconceived notions of how we choose to identify ourselves, what we claim to value, and with whom we choose to interact. In simple terms, there appears to be a natural inclination to stick to the status quo. Writers such as Yoshiaki Lusaka have commented on the so-called “annihilation of distance” that has created a “oneness of mankind.” Yet, in the eyes of many, this oneness may not translate to a sense of globalist interaction and multiculturalism. Instead, it can be interpreted to a growing trend of homogenous societies, focused on the oneness or dominance of a particular race and religion. From President Trump’s travel ban to the religious persecution of the Rohingya tribe in Myanmar, a mentality of us versus them and patterns of contested spaces have begun to emerge.

This premise of contested spaces was brought home to me in a recent discussion with Professor Linda Hogan, Trinity College Dublin, who visited Georgetown University in early November. Speaking from an Irish perspective she began by explaining the meaning of the Gaelic word, phobail (public/community), a word that represents the direct fusion of both religion and politics in Ireland. Phobail emphasizes the ideological and singular belief that “to be Irish was to be Catholic.” This created a mode of living entirely reliant on this singular characteristic of man. Similarly, President Bill Clinton’s much anticipated twenty-fifth anniversary speech at Georgetown highlighted the dichotomy of fearful rhetoric that has arguably underscored much of United States history, such as the Jim Crow laws, but crucially this same divisive rhetoric has augmented as of late. He commented, “If you let it [United States] give in to us versus them, at some point, America won’t be America anymore.” What is clear here is that the subscription to particular individualistic religious covenants and legalistic contracts is rooted in fear rather than hope.

Hence, herein lies the function, purpose, and power of interreligious dialogue by reinstating the head and heart-centered values of loving your religiously and politically other. It gives the individual the autonomy to experience a true discomfort of thought, through a relational dialogical, person-to-person approach. Moreover, it permits the transcendence of contested spaces and the boundaries to their belonging, and in turn, creates a true oneness of mankind.

The immediate and potent purpose of interreligious dialogue is compounded by the common concern and encouragement of the values of peace, humanity, and compassion. Differences in vernacular or changes in race do not bear relevance here. No one group, ideology, or individual can claim a monopoly on truth or justice. Indeed, those, such as Bud Heckman, co-founder and convener of the Interfaith Funders Group, go as far as to suggest that interreligious dialogue is, in fact, justice. Indeed, similar to how any legitimate and just law is constructed, interreligious dialogue requires constructive action and is underpinned by the pursuit of peace and a fairer, more equal world. Reflecting on this, interreligious dialogue should be accessible to every person. The weaving of the notions of harmony and peace, coupled with internalized and externalized efforts to forward these values, demonstrate a veritable commitment to mutual understanding.

On a personal level, attending Shabbat for the first time was a pertinent and important experience in witnessing interreligious dialogue in action. Sharing in prayer, music, food, and conversation are each natural human tendencies. However, through the welcoming and inclusive experience of interreligious dialogue individuals of different faith radiations, background, and beliefs find common denominators and extend their knowledge. 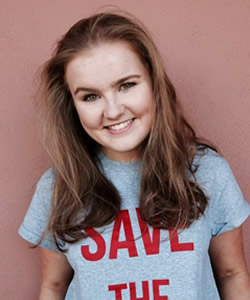