Which Religions Get to Survive in China?

My research examines stark differences in religious freedom among worshipping communities in China. While some faiths worship in peace, ethnic unrest in Xinjiang and Tibet has drawn international attention to China’s repression of religious minority groups. What entitles a group to religious freedom? This project uncovers a complex process through which a religious group’s reception (or rejection) of the Chinese state’s “first response” mechanism ultimately determines the group’s vitality. Drawing on the philosophies of Hobbes and ancient Chinese linguists, I argue that religious groups who enter a “social contract” with the government survive, while those who reject state influence perish.

Hannah Beech, “If China is Anti-Islam, Why Are These Chinese Muslims Enjoying a Faith Revival?” TIME Magazine, August 12, 2014. 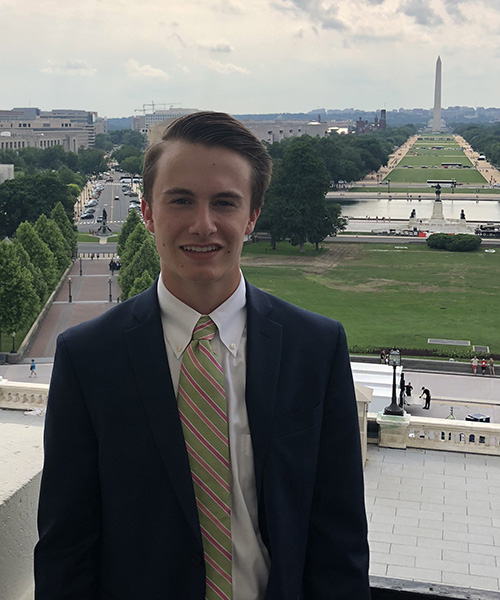 Will Rau (SFS'20) is a senior in the School of Foreign Service majoring in international politics, minoring in Chinese, and receiving an Asian studies certificate. He is deeply interested in Sino-U.S. relations and Chinese human rights. During his study abroad in Kunming, Yunnan, China, Will conducted field research on various social topics while completing a thesis on the South China Sea entirely in Chinese. Outside of the classroom, Will is the varsity coxswain for the men’s heavyweight rowing team, a Model U.N. conference leader, and a columnist for the Caravel.