You Are Not Alone: Why America Needs the World on FoRB

There is real fear—given the State Department’s place in President Trump’s proposed budgets—that genuinely significant foreign policy efforts may be hamstrung, or axed entirely, in the coming months and years. Diplomacy, as a practice and tactic, already seems underfunded, and arguments are already being marshalled for why particular areas of concern should be continued or even expanded in what will undoubtedly be a shoestring budget. Such is the argument of Peter Mandaville earlier in March, where he outlines at least five strategic objectives of religious engagement in American foreign policy, some distinct, some overlapping with freedom of religion or belief (FoRB). Much of that argument is persuasive and important, but I want to add one significant, friendly amendment to his strategic priorities: the view from outside. America is not alone on freedom of religion or belief, and it projects its values and its interests most profoundly when it acts diplomatically and galvanizes the world around issues of universal interest.

This is the argument Dennis Hoover and Thomas Farr make, for example, in their latest set of recommendations for the Trump administration and the U.S. Congress. Their recommendations five and six to the U.S. State Department are both about making America a leader in the international community, which builds on and expands global partnerships, rather than a solitary superpower underwriting global human rights. They argue America must “make strategic communications and public diplomacy more attentive to religious freedom” and further that the State Department needs to “engage multilateral institutions and international law related to freedom of religion.”

It might be worth extending the argument a bit further to say that America has a strategic interest in investing in the domestic cultivation of FoRB as a policy priority in like-minded allies around the globe. Such cultivation has already borne real fruit. The United Kingdom continues to expand not only its training on religious literacy, but also its units on religious freedom. Canada’s once Office of Religious Freedom was a small but vigorous ally, a role that has been sadly diminished by that office’s closure, but could be realized again with American diplomatic encouragement. Norway, Germany, and even consortiums like the International Panel of Parliamentarians for Freedom of Religion or Belief and the Commonwealth Initiative for Freedom of Religion or Belief have rallied around American leadership on both religious literacy in foreign affairs and advocacy for FoRB as a peace and security priority.

The power of the United States is projected most efficiently when it catalyzes the international community around its policy objectives. This is not about coercion, nor is it about America’s allies “paying their fair share”; it is about believing that there are fundamental, universal truths, like the dignity and freedoms of human persons. And it is about believing that when those deep norms become widely and globally accepted rights, better peace and security result. We could make the instrumental argument too, of course, that FoRB produces cheaper peace and security and even economic growth. That’s true too, as Brian Grim’s research has demonstrated at some length. But the United States has a profound and inspiring legacy of advancing norms not only because they seem expedient or cheap, but because they are right. That has been the greatness of the American people, as I have come to know it. It can be again.

And that is the diplomatic legacy of leadership that the Trump administration must not sacrifice in its rush for returns on investment and short-term results. As I have argued elsewhere, there is a good news story buried in this addendum: the American government does not need to “do it all.” Not only are other states and alliances coming online on the issue of FoRB, but emerging models, like those among parliamentarians, show real promise for providing global leadership. The global agenda of religious freedom cannot be meaningfully advanced without building on existing and establishing new diplomatic partnerships. America cannot—but also does not need to—go it alone. The best investments these American offices can make are in catalyzing the international community, at both the state and NGO level. The evidence and results of that diplomacy are already evident.

The world waits, once more, for American leadership.

Response: Religion in the Education of Foreign Service Officers

Response: What Precedes Diplomatic Training on Religious Freedom? Getting Religion 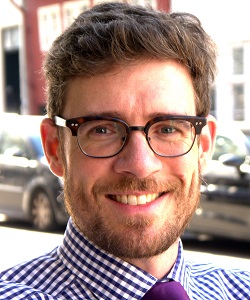