GBV in Bangladesh: What roles can faith-inspired and secular actors play?

The COVID-19 pandemic and its aftermath have shone a new light on gender-based violence (GBV). This global issue has distinctive facets in Bangladesh, where GBV is a long-standing challenge that stands in marked contrast to impressive progress towards gender equality. The COVID-19 emergencies have made the problems more visible, with worrying indicators of rising domestic abuse and more child marriages. A specialist at BRAC Human Rights and Legal Aid Services noted in late summer 2020 that human rights violations had increased by 128% in the two months following the start of the pandemic. An important and often understated factor is the roles played by faith actors, both positive and far less so. Religious beliefs and teachings are  always a significant factor in patriarchal customs. Emerging from the COVID-19 shadow there is both a need and a potential to view the problems with fresh eyes and renewed dialogue in order to address negative facets that condone GBV and to advance positive collaboration.

From 2020 to 2021 the Centre for Peace and Justice of BRAC University and the World Faiths Development Dialogue (WFDD) conducted over 35 in-depth and qualitative virtual interviews with both secular and faith-inspired organizations in Bangladesh who work to combat GBV. The focus was on understanding how the events of the COVID-19 period have specifically exacerbated the plight of women and girls in terms of abuse and child marriage. A report  published this week presents findings from this review, drawing both on available literature and the interviews with religious and non-religious entities working to address GBV. It elaborates specific action proposals addressed to the different communities involved: faith and non-faith actors, governments, external partners, and media.

The topic has great significance because it addresses a gap in the current literature by assessing comparative perceptions and approaches of faith and secular actors regarding GBV and their experiences with each other. Additionally, the report offers ways to identify emerging possibilities for sustained collaboration in countering GBV. It has been a longstanding concern that secular gender activists and organizations are seldom willing to partner with faith actors and that many faith actors are resistant to the agendas and advocacy of their secular counterparts. While divides between the secular and faith worlds cut across the globe, distinctive and specific historical factors for Bangladesh have made it especially difficult to bridge divides in matters of gender broadly and violence affecting women more specifically. This mutual suspicion has political and historical roots, with some influential faith actors and faith-inspired organizations (FIOs) seeing the topics through a lens colored by negative views of Western-led imperialism. In turn, some secular groups tend to view religion as inherently divisive or as institutions that justify regressive norms. While such attitudes are changing, with many looking to strategic religious engagement as a positive and necessary element of development thinking, issues around women’s equality tend to present particular challenges.

Of the organizations we spoke to, many remained positive and diplomatic when talking about such a contentious topic, while others were very forthright and unafraid to highlight the drawbacks of operating in a country that has such high rates of violence against women and conservative religious sects that can threaten progress. A few secular organizations WFDD and CPJ spoke to commented that religion can be weaponized to keep women disempowered or oppressed. One executive director from a women’s advocacy organization based in Dhaka argued that secular organizations have a materially different set of human rights-based traditions than faith actors and organizations and argued that faith leaders have not been allies to women; she insisted that there were few benefits in engaging with faith leaders. A director of an Islamic-inspired development agency emphasized that global Islamophobia can drive skepticism among secular and development actors. Despite the carefully voiced concerns, the majority of organizations WFDD and CPJ spoke to saw the positive potential for secular NGOs and faith actor collaboration to find common ground and work together for similar goals, while also recognizing how groups often operate in their own silos.

Relationships between the faith and secular worlds can be fraught with mutual mistrust, differences, and anxieties, with the result that both often neglect engaging with the other. This tends to negate their common goal to see their communities flourish and prosper. The GBV report identifies paths forward, drawing on wide-ranging views of actors, approaches, and expectations at the intersections of faith and gender in Bangladesh. The report highlights that, despite mutual interest to engage, few alliances between the secular and faith-inspired operate sustainably or long-term. Learning from the factors that can stymie such efforts offers a foundation for practical action proposals as helpful starting points, with the end goal of being a society that is safer for women and one that can afford them true equal rights in everyday practice and not just in legislation alone. 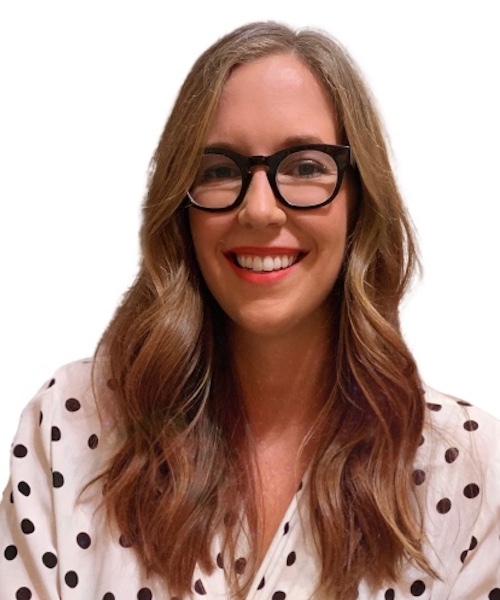 Sarah Thompson was a Project Manager for Bangladesh at WFDD from 2020 to May 2022. She has a bachelor’s degree in Sociology and Gender Studies from Roanoke College and a master’s degree in International Development with Migration from the University of Kent's Brussels School of International Studies. Prior to joining the WFDD team, Sarah worked in the education and NGO space in both China and Cambodia and recently at Georgetown’s Institute for Reproductive Health focusing on family planning interventions in Nepal. Sarah has a strong interest in the intersection of religion, development, and gender equity in South Asia.