Russia and China in the Middle East: The Neglected Religious Dimension

The expanding presence and interests of both Russia and China in the Middle East, as well as the shift from American unipolarity to greater multipolarity, has rightfully been noted as one of the most transformative regional developments in the contemporary Middle East. Moscow and Beijing have asserted themselves at a time when the United States continues to reassess its interests and commanding presence in the region. Most analyses examining the return of great power competition to the Middle East tend to focus on increased forms of purely material engagement: political, economic, diplomatic, or some combination of the three. Often neglected is the increase in religious engagement of both Russia and China in the region.

Religious engagement between these actors is best thought of as a multifaceted, two-level game in which each side is using the other for their own interests. Both Russia and China are home to large Muslim populations who have historic links to and interests in the Middle East, and many of these communities have historically been forcefully incorporated via fiercely contested and challenged imperial expansion. Moscow and Beijing fear the exporting of political Islamism—both mainstream and radical—from the region and the challenges such ideologies can present to their authority over these contested areas. The ultimate objective of both Moscow and Beijing is to bring religious activity and discourse under the authority of the state. Furthermore, as Russian and Chinese interests in the Middle East continue to grow, so does their stake in the prevailing status quo. Islamist actors—whether mainstream or radical—who seek to upend the political order in the Middle East are viewed as anathema to the expanding regional interests of Moscow and Beijing.

This engagement also serves to advance the interests of the Saudi-UAE-Egypt axis. Increased engagement with Moscow and Beijing serves to further their efforts to establish a global hegemony over Islamic discourse in the post-Arab Uprisings era. While these governments feared the rise of radical Islamists following the eruption of civil war and subsequent state disintegration in places such as Syria and Libya, of particular concern for the Saudi-UAE-Egypt axis was the empowerment of popular Islamists—particularly the Muslim Brotherhood—and the challenges presented by Islamist groups to the legitimacy of these regimes. In the face of such threats to their power, the Saudi-UAE-Egypt axis has sought to utilize domestic Islamic institutions to construct theological arguments that affirm the authority of the state.

Although religious engagement between Russia, China, and the Saudi-UAE-Egypt axis has increased dramatically, these strategic interactions must be situated within a broader context: the return of great power competition within the Middle East. Both Moscow and Beijing have sought greater engagement in the region for the advancement of their own respective geostrategic and geoeconomic objectives. This increase in religious engagement should be viewed not only as a way for Russia and China to control their own domestic populations, but also as a broader example of involvement in the region designed to buttress their geostrategic and geoeconomic aims.

Russia is home to over 20 million Muslim inhabitants. Historically, Moscow’s greatest concern regarding its domestic Muslim population has been to prevent states in the Middle East or transnational Islamist organizations from supporting Muslim opposition against the Kremlin in Chechnya and other autonomous republics in Russia.

Russia’s primary instrument of religious soft power in working with the Saudi-UAE-Egypt axis has been Chechnyan President Ramzan Kadyrov, who has been working with these regional actors to promote a politically pacifist, state-controlled Islam. Kadyrov attended the visit by Saudi Arabia’s King Salman to Moscow in 2017, after which Riyadh agreed to end its religious proselytizing efforts and funding of mosques in Russia. Kadyrov was also received by Saudi Arabia in 2018 for Eid al-Adha, and he was even granted access to the Prophet Muhammad’s room.

The greatest example of this increased engagement between Ramzan Kadyrov and the Saudi-UAE-Egypt axis was the 2016 International Conference on Sunni Islam held in the Chechen Republic capital of Grozny. Hosted by Kadyrov, the conference was attended by roughly 200 prominent Sunni scholars from around the world, particularly from Egypt and the UAE. The conference “identified Wahhabism, Salafism, and the Muslim Brotherhood as ‘misguided’ interpretations of Islam, much like the Islamic State.” Although many were quick to note the denunciation of Wahhabism and the lack of Saudi religious leaders at the conference, this did not result in a deterioration in relations between Riyadh and Moscow: Three years later in 2019, the Saudi-based Muslim World League held a similar conference on “religious peace and coexistence” in Moscow.

Although official statistics are difficult to obtain due to Beijing censoring this information, it is estimated that China is home to between 23 and 30 million Muslims. China views the very “Muslimness” of its Muslim minority as a security threat to its internal cohesion. China has detained over one million Muslims and is holding them in internment camps where they face torture, are forced to renounce Islam and pledge loyalty to the Communist Party, and are often executed for their non‐compliance. Moreover, Beijing has adopted draconian measures to slash birthrates among its domestic Muslim population via forced IUDs, abortions, and sterilizations.

Spearheading Beijing’s religious engagement with the Saudi‐UAE‐Egypt axis is the Chinese Islamic Association. In the efforts to “Sinicize Islam,” Beijing has sought to use the association to establish a monopoly on Islamic discourse and activity. The association has focused on “lauding the uniqueness of Chinese Islam and its compliance with Party ideology, while urging caution against foreign influence.” The association has also established and coordinated Islamic exchange programs with Saudi Arabia and Egypt to instruct Chinese Muslims in the narrative of “moderate Islam” as practiced by the Saudi-UAE-Egypt axis. In addition, the association directly controls the travel of Chinese Muslims to Saudi Arabia for the yearly hajj.

Heavily dependent on Chinese trade, investment, and oil markets, the Saudi-UAE-Egypt axis is happy to not only remain silent, but praise and support China’s efforts to control its domestic Muslim population. The most blatant example is a 2019 letter signed by 37 states—including Saudi Arabia, the UAE, and Egypt—which was delivered to the president of the United Nations Human Rights Council praising China’s “contribution to the international human rights cause” and claiming that China has restored “peace and security” after facing “terrorism, separatism, and extremism.” Likewise, when Saudi Crown Prince Mohammed bin Salman visited China in 2019, he “justified Beijing’s actions against Uyghurs and declared that China has the right to take anti‐terrorism and de‐extremism measures to safeguard national security.” The Saudi‐based Organization of Islamic Cooperation has also praised China for “providing care to its Muslim citizens.”

Moscow and Beijing continue to deepen their religious engagement with the Saudi-UAE-Egypt axis in order to re-establish a state-controlled monopoly on Islamic discourse in the post-2011 era. Although Russia and China are not majority-Muslim nations, they seek to develop their own tools of religious soft power to control Islamic discourse in their countries. Moreover, as Moscow and Beijing both continue to expand their presence in the region, the preservation of the prevailing status quo becomes inexorably linked with the preservation of Russian and Chinese interests. These forms of religious engagement will likely remain a key component of both Russia’s and China’s regional strategies.

This article is adapted from Jon Hoffman, “Moscow, Beijing, and the Crescent: Russian and Chinese Religious Soft Power in the Middle East,” Digest of Middle East Studies 30 (2021): 76–86. 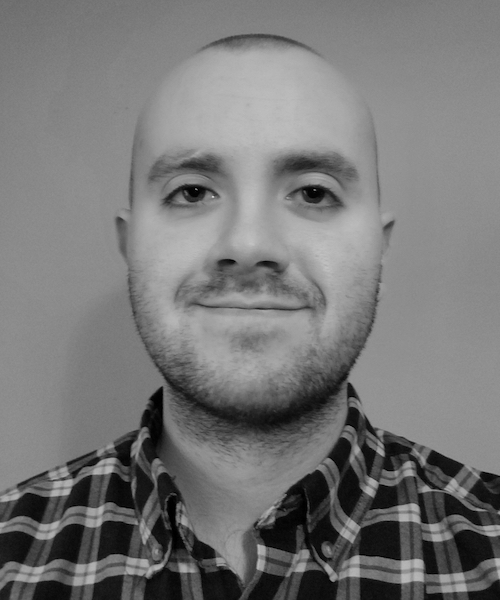 Jon Hoffman is a political science Ph.D. student at George Mason University. His research focuses on political Islam and geopolitics within the Middle East.