The American ideal of religious freedom has yet to apply to Native Americans. At the edges, courts may have affirmed the religious liberty of incarcerated Native people, but courts have yet to step in and say Native peoples have religious freedom rights to the protection of sacred lands and waters, as has been famously true at Standing Rock, Mauna Kea, Bears Ears, and other high-profile issues in the news today.

As a religious studies scholar who has learned a lot from Anishinaabe people about the distinctive contours of their religious traditions, I used to think this stemmed largely from the intellectual difficulties of squaring the circles of Native traditions with the Western category of religion. Native peoples, after all, frequently say they have no word for religion. And what the UN Declaration on the Rights of Indigenous Peoples (2007) calls their “spiritual relationships with traditional lands” makes Native peoples unique for the way their religions are everywhere and nowhere at once.

Here, briefly, are some facets of Native American religions that elude conventional wisdom and even scholarly wisdom about religion. First, Native religions are many not one, each one encompassing a range of beliefs without the creedal or institutional structures that give familiar shape to other religions. Amid this diversity, one thing Native religions share is having been forcibly interrupted by settler colonialism and missions, even criminalized under U.S. administrative law between 1883 and 1934. Native religions are decidedly oral. They are oriented toward sacred lands in ways that defy most Christian analogies. They are integrated with other, less visibly religious aspects of lifeways where the sacred is not very clearly set off from "profane" matters of economic livelihood or political organization. Religious beliefs and practices are often markedly local, rooted in particular peoples living on particular lands and waters, rather than universal propositions applying to everyone. No one tries to convert you to Navajo religion, for example. Most importantly here, they are matters of collective obligation, elementally the province of communities and individual belief, faith, or subjective experience. As Vine Deloria Jr. put it in God is Red, “There is no salvation in tribal religions apart from the continuance of the tribe itself” [1].

To be sure, Native traditions don’t tidily fit in the boxes of “religion,” conventionally understood. But in the course of research for Defend the Sacred: Native American Religious Freedom, I came to the view that the problem runs far deeper than can be addressed by educating judges about the religiousness of Native religions. Consider the example of the controversy over a ski resort’s plan to make artificial snow on Arizona’s San Francisco Peaks with treated wastewater discharge from the city of Flagstaff. Called Dook’o’oosłííd (Shining-on-top, in Navajo), it is one of the four holy peaks that mark Navajo land, an object of daily prayer, and no “it” at all but a spiritual presence necessary for all Navajo ceremony and healing. The site is also significant to the Hopi, who believe that upon death they go to the peaks to live as ancestors and return to the Hopi mesas as life-giving rain.

In 2008, the Ninth Circuit Court of Appeals agreed with over 90 factual findings about the religious beliefs of Navajo, Hopi, and four other Native nations who claimed protections from the snow making under the Religious Freedom Restoration Act (RFRA), but the court found that spraying treated wastewater created no “substantial burden” on religious exercise to trigger the protections. Citing Lyng v. Northwest Indian Cemetery Protective Association (1988), which denied Native religious freedom claims to sacred lands under the First Amendment arguing there would be “no stopping place” to Native claims to lands, the appeals court found that the sewage effluent only “decreased spiritual fulfillment” of the Native peoples [2].

If the compelling facts of that case don’t move the needle on religious freedom law when it comes to Native American claims, I don’t know what will. Even after 2014, when the Supreme Court said in its Hobby Lobby decision that Congress meant to expand religious liberty in RFRA beyond what courts had allowed under the First Amendment at the time of the Lyng decision, courts have cited the San Francisco Peaks case to reject subsequent cases, including Standing Rock’s opposition to the Dakota Access Pipeline in March 2017 [3]. While free exercise is being expanded for conservative Christians, it seems only to rub off on Native Americans and other religious minorities if they’re locked up in prison.

The closed doors of religious liberty law haven’t kept resourceful Native peoples from pressing their claims to the sacred in other legal languages. Standing Rock enjoyed a recent victory based on environmental law, which, along with historic preservation law, offers procedural protections that require licensing government agencies to consult with stakeholders and “take a hard look” at the impacts on the human environment or on “traditional cultural properties.” But the victory comes years after oil began flowing, and after going deep into the weeds of these arcane processes myself, I’ve come to think that counting on legal protections for sacred places as cultural resources alongside natural resources consistently brings disappointment too. At San Francisco Peaks, after all, the tribes brought their religious freedom claims only after the procedural protections of environmental and historic preservation law had failed them.

In theory, the procedures make sure Native nations are at the table to weigh in on projects that will impact them, and they can do so without having to make public the details of their sacred practices—a big deal since sacred knowledge is often secret—or having to translate their claims into the confining language of religion, with the frequent all-or-nothing dichotomy between the sacred and the profane. In actuality, though, the laws just haven’t delivered on this promise: As the Standing Rock case shows, the National Historic Preservation Act and National Environmental Policy Act lack sufficient legal teeth beyond government being required to “take a hard look” before taking whatever decision it wants and can provide reasons for; review processes have become the routinized purview of a class of professional consultants who are generally paid by project proponents like Dakota Access’s Energy Partners. Obligations to consult with tribes have few enforceable standards, with plenty of tools at hand to “streamline” review processes. And the indeterminacies of culture prove no less vexing than the those of religion. For better or for worse, it’s religion—not culture—that our Bill of Rights protects.

Where I end up is that Native “religions” will find fullest legal protections if religious freedom concerns are folded into rights to peoplehood, where showings of the religiousness of religious claims are unnecessary because they are facets of broader rights to self-determination. The body of federal Indian law is a mixed bag, but courts have affirmed treaty rights to such practices as salmon fishing in the Pacific Northwest. I contend that such reserved rights are not only political or economic, but also of deep religious importance.

These developments are encouraging, but they tend to work in cases where treaty provisions unambiguously retain rights to those practices. Because federal Indian law has been at best a mixed bag for Native empowerment, the final chapter of my book looks to the enormous promise of emerging articulations of Indigenous rights in international human rights law. The 2007 Declaration on the Rights of Indigenous Peoples is non-binding, lacking the actionable status of treaties and conventions, but it is game changing for declaring that all existing human rights, if they are meaningfully to apply to Indigenous peoples, must be applied as collective and not simply as individual rights. This would include of course religious freedom rights. What I find so encouraging is that the Declaration emerged from a distinctly Indigenous conversation, one that recasts Western categories that imagine a bright line between the religious and the secular. While straightforward religious rights can be found in Article 12, the Declaration is shot through with concerns for the sacred. The terms “religious” or “spiritual” modify enumerated rights in another nine articles, on education, art and culture, and landholding. And the Declaration insists that self-determination must involve a standard of “free, prior, and informed consent” on actions that affect Indigenous peoples.

For the Declaration to have any real force, though, it requires implementation as a shaping force in domestic law and policy. U.S. courts won’t draw any time soon on international law to expand their view of religious freedom rights to Native sacred places. But it’s not hard to see how the Declaration can inform the making of more effective statutory protections and administrative policies with respect to Native sacred places.

And the discourse of religion and religious freedom will be crucial to any such effort in the United States. “Defend the Sacred” was a maxim at Standing Rock that caught American attention. In my book research, I came to deeply admire how savvy Native leaders have drawn on the rhetorical force of religious freedom to persuade Congress to pass Native-specific laws like the 1978 American Indian Religious Freedom Act (AIRFA) and the 1990 Native American Graves Protection and Repatriation Act, even as they tailored the statutory protections to the collective logic of federal Indian law with its the nation-to-nation relationship. If courts have found AIRFA thus far to lack legal teeth, it’s not inconceivable that the law could be amended to have such teeth as a legal cause of action for sacred places. The language of the Declaration is ready at hand; perhaps the 117th Congress, if freshly redrawn in the 2020 election, will present a real opportunity to effect truer religious freedom for America’s First Peoples. 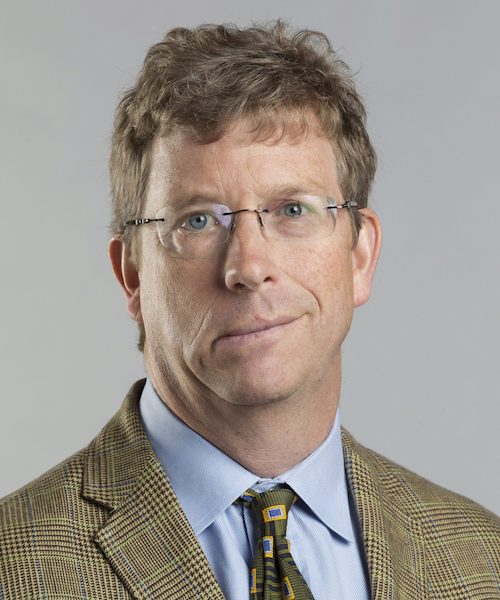 Michael McNally is the John M. and Elizabeth W. Musser Professor of Religious Studies at Carleton College. He is the author of Defend the Sacred: Native American Religious Freedom Beyond the First Amendment (2020); Honoring Elders: Aging, Authority, and Ojibwe Religion (2009); and Ojibwe Singers: Hymns, Grief and a Native Culture in Motion (2000).