What Fifteenth-Century Papal Bulls Can Teach Us About Indigenous Identity

In a brilliant essay, “Decolonial Theology and Changing the Global Church” on the Berkley Forum, Dr. Debora Tonelli says that “At the end of official colonialism, religion has often been the space in which colonized people have fought to build their new identity.” With regard to Indigenous nations and peoples, I would suggest a slight modification of that concept: “...the religion of the invaders has often been the space in which dominated and colonized peoples, those who have survived the intergenerational onslaught, have fought to build a new identity under an imposed system of domination.

My inspiration for that modification comes from a number of Vatican papal decrees issued by various popes during the fifteenth century (1436, 1452, 1454, 1455, 1456, 1481, 1493, 1506, and 1514). The Latin language of those documents is quite useful. It provides insight into the church-state coalition that served as an engine, so to speak, for establishing a system of domination over distant non-Christian lands during the so-called Age of Discovery.

​Are the Papal Bulls Political Documents of Christian Empire?

While present-day Catholic Church experts tend to say that the language of those papal bulls is not part of official Church teaching, this is beside the point. Years ago, in 1992, Bishop (now Archbishop) Charles J. Chaput told me that the papal bulls I was referring to were “political documents.” I think he meant that they are not based on and do not express official church teachings.

I understand his use of the phrase “political documents” to mean that those papal decrees expressed the political intention of the popes of the Holy See, an intention to extend the system of domination of Western Christendom to distant lands in a spirit of “Christian empire” (Christiani imperii, in the Latin language of the bulls). This was to be accomplished by “reducing the barbarous nations” (ac barbarae nationes deprimantur) to subjection or domination.

The more egregious political language of those documents, going back to the Dum Diversas of 1452, expressed the directive to “invade, capture, vanquish, and subdue” non-Christians; “reduce their persons to perpetual slavery”; “take away all their possessions and property”; and “convert” the land, meaning to unlawfully or wrongfully take away that which belongs to another.

That kind of language provides us with the insight into what happens when free and independent nations and peoples have been invaded and deadly colonial patterns have been brutally imposed on them for generations, in the name of “the state” and Jesus. A resulting system of domination will then become “the space” within which Dr. Tonelli says that colonized people have fought to build “a new identity,” and within which they will perhaps “struggle for independence.”

However, this “new” identity will be a “colonized” rather than a liberated one. The colonized will then be working toward a form of independence under and subject to the imposed Christian European system of domination. Curiously, Dr. Tonelli’s account does not envision dominated (colonized) nations and peoples working to restore their original free and independent existence, by liberating themselves from the imposed system of Christian empire and domination.

During a 2016 meeting with the Pontifical Council for Justice and Peace, I said to Archbishop Silvano Tomasi, “With respect, I believe there is much of your own history you don’t know. Let me ask you, have you ever actually read the papal bulls” from the fifteenth century? He replied, “No, I must confess.” The point being that most Catholics and even some of the highest Church officials have never studied the Latin language of those Church documents, and certainly not from an Original Nations or Indigenous peoples’ perspective.

A book published by the U.S. Library of Congress, just a few years ago, contains replicas of the papal bull of September 26, 1493, the Dudum Siquidem. That line is taken from the middle of the papal bull dated May 3, 1493, “que sub dominio actuali temporali aliquorum dominorum Christianorum constitute non essent.” This refers to lands discovered and to be discovered in the future “that were not established under the domination of any Christian dominators.”

Whether the intent of domination expressed by that language is part of “official Church teachings” is irrelevant in my view. What is relevant is that, throughout the world, the present-day context and conditions experienced by “Indigenous” nations and peoples is an outgrowth of the patterns of domination and dehumanization expressed in those many documents issued centuries ago by the Holy See.

In State of the World’s Indigenous People (2009), published by the Economic and Social Council of the United Nations, there is section titled “The Concept of Indigenous Peoples.” After saying that no specific definition has been “adopted by any United Nations-system body,” an example of a “working definition” is provided. It refers to “Indigenous communities, peoples and nations” which have “a historical continuity with pre-invasion and pre-colonial societies that developed on their territories.” Terms such as “pre-invasion” and “pre-colonial” suggests a post-invasion and post-colonial period, or, in other words, after the claim of a right of domination has been asserted and maintained.

Furthermore, the international working definition says that Indigenous peoples “consider themselves distinct from other sectors of the societies now prevailing on those territories, or parts of them,” which means “now dominating.” It also says that Indigenous communities, peoples, and nations “form at present non-dominant sectors of society...” The opposite of the non-dominant is the dominant, or the dominating states, which are the non-Indigenous. Despite these clear connections, the UN working definition never uses the word domination. Nor does it focus on the fact that the phrase “Indigenous peoples” is accurately interpreted as meaning “dominated peoples.”

That system now serves as the linguistic and behavioral “space” in which colonized Indigenous peoples, without being aware of it, have been working to build an identity as dominated peoples within the framework of the United Nations, which is an organization of “states” of domination. The question arises: How do we end the global system of domination and its devastating effects on the planet? 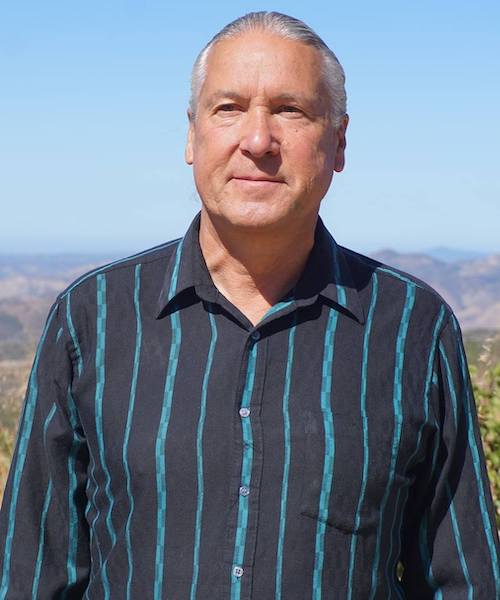 Steven Newcomb (Shawnee/Lenape) is the author of Pagans in the Promised Land: Decoding the Doctrine of Christian Discovery (2008). He is also co-producer of The Doctrine of Discovery: Unmasking the Domination Code, which is based on his book and directed by Sheldon Wolfchild (Dakota Nation). Newcomb’s website is originalfreenations.com.