The first freedom named in the Bill of Rights, religious freedom, has proved elusive for the United States’ First Peoples. In the nineteenth century, the First Amendment’s ban on laws “respecting an establishment of religion” did not stop the United States from adopting a “Christianization” policy, pursued by funding missionaries’ proselytization on Indian reservations and sectarian schools for Indian children, and through religious indoctrination in government schools. Similarly, the proscription of laws prohibiting the “free exercise” of religion was ignored when Native religious practices, such as “barbarous” ceremonial dances, were banned, and worshippers were punished with incarceration and withholding of treaty-guaranteed food supplies.

Even after suspension of these direct attacks on Native religions in the twentieth century, serious threats to religious freedom persisted. Although the government failed to eradicate Native religious beliefs and practices, it enjoyed greater success in achieving another goal—separating tribes from their land. Dispossession of millions of acres has had significant adverse impacts on Native religious freedom because of the intimate ties between Native spirituality and land. Loss of land has meant loss of the ability to access, and to control and protect, sacred sites.

Dispossession of millions of acres has had significant adverse impacts on Native religious freedom because of the intimate ties between Native spirituality and land.

In the western United States, considerable areas that were taken from tribes are today federal lands, managed by agencies such as the U.S. Forest Service. Since the 1970s, tribes have turned to federal courts in their efforts to protect sacred sites on these lands from desecration and to safeguard access for worshippers. Given the religious nature of their claims, tribes and their allies initially relied on the First Amendment’s Free Exercise Clause. In 1988, however, in Lyng v. Northwest Indian Cemetery Protective Association, a case challenging Forest Service plans to allow logging and complete a road in an area in a national forest with sacred significance for several tribes, the U.S. Supreme Court in effect placed Native religions outside the scope of the First Amendment’s religious freedom guarantee. The Court held that even assuming that the challenged actions would “virtually destroy the...Indians’ ability to practice their religion,” the Free Exercise Clause did not prohibit the government’s actions on what was now its land. The Court went on to state, however, that the government should not be discouraged from voluntarily accommodating Indian religious practices.

Subsequent to Lyng, tribes have endeavored to persuade federal land managers to voluntarily protect sacred sites. Tribes have found that a discourse of cultural preservation may help their arguments for sacred site protection gain better traction than a solely, or predominately, religious freedom-focused discourse. Tribes have turned to the National Historic Preservation Act (NHPA), which requires federal agencies to take into account the effects of proposed actions on historic properties. The NHPA makes Indian sacred sites eligible for treatment as traditional cultural properties (TCPs) and requires land managers to consult with tribes as to actions that might affect such properties. Ironically, describing tribal claims in cultural terms is not so far off the mark as such a characterization might at first appear. “Cultural” and “religious” are largely understood as separate categories in the Western worldview, but in the more holistic Native worldview, they are intertwined.

An ongoing controversy over Montana’s Badger-Two Medicine Area is illustrative of both the promise, and the limitations, of a NHPA-based cultural preservation discourse. A place of great sacred significance and spiritual power for the Blackfeet Nation and part of Blackfeet ancestral land, the Two Medicine Area today lies within a national forest.

A place of great sacred significance and spiritual power for the Blackfeet Nation and part of Blackfeet ancestral land, the Two Medicine Area today lies within a national forest.

In 2002, the Forest Service designated the area as a traditional cultural district (a type of TCP), based on Blackfeet use of “the lands for traditional purposes for generations.” This recognition ensured the Nation a seat at the table during the recent forest plan revision process. Reflecting the Nation’s influence on the process, the May 2020 plan establishes as the goal for the area its continuation as a sacred land and cultural touchstone and requires consultation with the Nation to determine the compatibility of proposed uses with that goal. The plan does not, however, prohibit uses that would adversely impact the area. This failure, along with the requirement of tribal consultation but not tribal consent, illustrates the limitations of reliance on the NHPA’s cultural preservation discourse. Where a sacred site qualifies as a TCP, tribes have a right to be heard, but not to be heeded. The traditional cultural district designation did play a role, however, in an Interior Department decision to cancel a lease and drilling permit in the area, a decision that the U.S. Court of Appeals for the D.C. Circuit upheld in June 2020.

More permanent and extensive protection could come from a July 2020 Senate bill to establish the Badger-Two Medicine Cultural Heritage Area. In addition to creating management restrictions, such as a commercial logging prohibition, in the 127,000-acre area, the statute would require Blackfeet Nation consent for new uses of the area. Acknowledging Badger-Two Medicine as a “sacred land” and “living cultural landscape,” in which the Blackfeet have been present from time immemorial, the statute would ensure tribal access for cultural purposes and prevent public disclosure of information about cultural sites where disclosure may risk harm to cultural resources or impede traditional use of the site. By prohibiting new uses of the area without tribal consent, the statute goes well beyond the NHPA’s cultural preservation-based protection.

Seeking support for the bill’s passage, tribal members have characterized the area as “our last cultural refuge, home to many of our cultural origin stories, a stronghold for our ceremonies and traditions.” Here they practiced their culture “in safety after the federal government outlawed Blackfeet ceremony”; they “still seek healing and solace, guidance and renewal” there. Badger-Two Medicine is, they tell us, “above all else, a place of healing, and our world needs it as much as it needs us.” By passing this bill, Congress would be recognizing the need for healing the United States’ relationship with the Blackfeet Nation, and, it can be hoped, establishing a precedent for similar legislation to protect other sacred sites where existing legal mechanisms have fallen short. 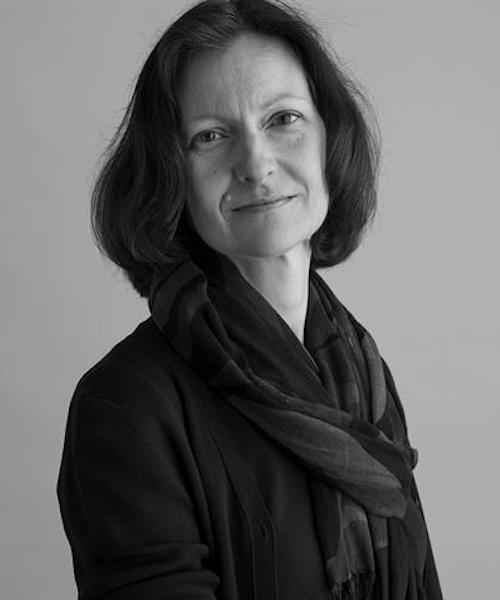 Allison Dussias (C'84) is professor of law at New England Law, where she also serves as acting dean. Dussias is the author of articles on American Indian law, on topics including religious freedom, property rights, and tribal sovereignty. Before joining the New England Law faculty in 1991, she was an associate at Sullivan & Cromwell in New York.