Religion as a category was born from a Euro-American context and as such prioritizes aspects of culture and life that have historically been significant within Western, especially Christian, perspectives. However, many Native American cultures recognize that religion is inseparable from culture and permeates all aspects of human life. Thus, Native Americans strive to simultaneously protect their religions and cultures from and through colonial categories and institutions whose legal definitions of religion, culture, and property insufficiently accommodate Indian spiritual beliefs, values, and practices.

Federal and state courts have struggled to situate Indian religious liberty claims relative to the legal protections created by America’s founding documents and later legislation. The political and legal systems of the United States and the subsequent criterion for evaluating Native American petitions for legal protection of traditional religious or spiritual practices are all deeply rooted in European Christian values and norms. They were not constructed to recognize or protect the form of religion found among many Native American peoples for whom spirituality, ritual performances, and a sense of the sacred may pervade all aspects of their lives. The American legal definition of religion is disinclined to perceive religion that exists as an encompassing way of life, or lifeway, of a people. Nor does its emphasis on an individual’s right to believe, hold, or change their opinions according to the dictates of their conscience align well with a practice of religion that is often inextricable from group identity and performed as an expression of and on behalf of a people.

Native American peoples traditionally understood the world they inhabit as constructed and governed by ties of kinship. Concepts and relationships deemed sacred were guided by a commitment to interrelation and interpersonal ethics rooted in familial interactions. These ties of kinship bound all creatures found in nature, human beings and those beings that Western culture might label supernatural. Native American individuals and communities navigated the world and situated themselves in the cosmos through the performance of familial relationships. Such relationships are negotiated and maintained through structured ritual interactions but also through the interpersonal behaviors and daily practices that enable quotidian existence. Hunting, farming, food preparation, art production, interpersonal behaviors, and the daily routines of households are often reinforced and taught through religious stories or associated with the revealed wisdom from past generations. Although American legal definitions of religion would not recognize such activities as religious, the performance of daily life itself helps to situate Native American—and arguably all—people in the body, the community, space, and the cosmos. Thus, Native American cultures reveal that practices of daily life are informed, influenced, and contextualized by religious worldviews and shade indiscriminately into dramatic, recognizably religious practices.

If, however, we may use this forum as an occasion to entertain a hypothetical, then we might try to imagine how religious freedom concerns would appear in an America that adopted a Native American-influenced conception of religion: a more diffuse, community-centered, and relational notion of religion; religion as a lifeway of a people oriented to maintain proper relations throughout an extended familial network. Currently, most legal claims regarding religious liberty emerge from one of three realms. The first is when an individual feels unable to comply with a generally applicable state or federal law without violating their religious beliefs or while engaged in their religious activities. Conflicting understanding of proper actions that emerge within employee-employer relationships form the next significant area that generates religious liberty concerns. Finally, protracted legal battles over ownership of and access to sacred sites and artifacts has ensured that divergent beliefs about property is another such realm.

In each of these scenarios, with a Native American reframing of religion, whether the two parties in disagreement believe in the existence of the same powers or understand themselves and the cosmos differently is of little relevance. As the conflicts arose over clashing lifeways among different people, or divergent understandings of the proper actions necessary to maintain the network of relationships in which they are both inevitably entwined, then resulting litigation might effectively seek resolution by bringing together both the individuals and the community from whom and for whom they are practicing. Recentering understandings of religion as that which situates humans within a world comprised of a complex web of relations intersecting emphasizes the role of the relationship between the litigants and correspondingly decenters concern with what an individual has a right to do. Thus, justice in this case would seek to render the solution that restores the best relationship between the two parties and their peoples.

That is to say that, once religion is reimagined from a Native perspective, the method structurally proscribed to seek reconciliation over conflicts of religion evokes the method of Circle Justice or Restorative Justice—a Native American form of justice found throughout peoples of North America. Contrary to America’s current criminal or retributive justice system which seeks primarily to identify and punish offenders of laws, restorative justice seeks to heal the offender, victim, and community. Thus, the incorporation of Native American-influenced concepts of religion predicates traditional Native American conceptions and practices of justice. The fact that religious liberty may be the issue prompting a conflict is fairly inconsequential to the resulting litigation procedure. Notably, in this way, incorporation of an understanding of religion informed by Native American cultures, for whom religion would be inseparable from other aspects of culture and life, produces a legal proceeding that appears comparable to the litigation for any other legal or social infraction among several Native American peoples. Native American practices of justice seem to attend the importation of Native American religious conceptions into this hypothetical American legal system. For scholars of religion, this may highlight the inextricable nature of religion within Native American cultures and encourage scholarly, if not legal, redefinitions of religion. 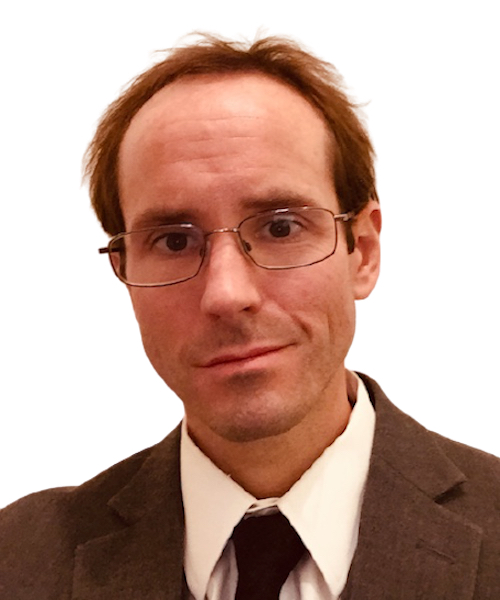 Michael P. Guéno is associate professor in the Philosophy and Religious Studies Department at University of Wisconsin-Whitewater. He has researched and written on a range on Native American groups and topics, from the Effigy Mound cultures of Wisconsin to the Pueblo religions of colonial New Spain to the relationship between Native American religions and contemporary U.S. legislation. Guéno holds a Ph.D. in religion from Florida State University.