Religious Map of Belarus and Church Denominations' Response to Protests

The protests and discontent of Belarusians over the falsification of the results of the presidential election have seriously stirred up Eastern Europe.

Belarus—which was considered a reserve of the Soviets and the Soviet Union, where the chief virtues were stability and the absence of sudden movements—today does not disappear from the pages of the world press. In this article, we will examine the religious dimension of the protest, the positions of various churches, and the interfaith situation in Belarus.

The confessional background of Belarus differs from that of Ukraine, although they have some similar and related features. First, our neighbors in Belarus are more atheistic than we are in Ukraine. Belarus has a strong nostalgia for the USSR, and this is reflected in the religious sector. The process of de-secularization and spiritual rebirth in the 1990s was developing much slower and reached a lesser scale than in Ukraine, Russia, or Moldova. From the few opinion polls that are rarely conducted in Belarus, we have learnt that about 60% of citizens consider themselves believers. At the same time, the share of those who belong to one of the faiths is almost 95%. In other words, some people do not believe in God but consider themselves to belong to one of the churches. This means that confessional affiliation indicates not so much spirituality or religiosity as cultural and/or political identity.

The main religious groups in Belarus are Orthodox, Roman Catholics, Pentecostals, and Baptists. According to the number of registered communities, the interface balance is as follows: Orthodox–1567 (49%); Pentecostals–512 (16%); Roman Catholics–479 (15%); Baptists–286 (9%); Adventists–73 (2%); and Charismatics–55 (2%). There are also other religious minorities, including old believers, Greek Catholics, Lutherans, Jehovah's Witnesses, Jews, and Sunni Muslims.

According to sociological surveys, most recently conducted in 2010 to 2012, Orthodox affiants made up 81 to 83% of the population and Catholic affiants 10 to 12%, with other religions ranging from 1.5 to 6%. As we can see, the number of Orthodox people in the opinion poll exceeds their share in the religious infrastructure. The proportion of Catholics is more or less the same. At the same time, the Protestant sector is almost invisible in social surveys, although in total it covers nearly a third of all registered religious communities in Belarus. Therefore, we can conclude that Catholics are more conscientious believers, and their confessional identity reflects religious behavior. Orthodox people do not identify themselves by belonging to the Belarusian Orthodox Church-Moscow Patriarchate (BOC-MP) but rather indicate a cultural aspect, belonging to the East Slavic group of Orthodox peoples. This represents a kind of "cultural Orthodoxy" inherent in the post-Soviet space.

In addition to religious diversity, there are also trends toward regional peculiarities. For example, the degree of religious infrastructure in the eastern Mogilyov and Gomel regions is lower than the western ones, Brest and Grodno. This situation is similar to that in Ukraine, where the industrial East is much more secular than the agricultural West. Besides, Belarus itself is a very urbanized country, which also partly explains the lower level of religiosity. The western part of modern Belarus—which is Grodno, most of the Brest, north of Minsk, and west of Vitebsk regions—was part of the second Polish-Lithuanian Commonwealth before WWII. These aspects also affected the religious composition of the population and the number of parishes.

​Religious Responses to the Protests

Belarusian Catholics have adopted the most active and entirely consistent position. A week before the election, they announced the campaign "A Catholic Never Frames Up." After the election, when the first clashes took place, society was addressed by chairman of the Conference of Catholic Bishops of Belarus, Archbishop-Metropolitan Tadeusz Kondrusiewicz. In particular, he called for negotiations and said: "Let your hands, created for peaceful labor and fraternal greetings, not raise weapons or stones."

Bishop of Vitebsk Oleg Butkevich spoke much more openly. He said: "These regular elections caused a crisis in our society, which led to an aggravation of the election campaign and yet to an incorrect vote count... Systems based on blood have never been strong in history, and justice has always returned what had been done to those who violated all human (not to mention God's) norms!" Also, Catholic priests in the city of Zhodino took to the streets along with the protesters.

The position of the Orthodox Church was different. Patriarch Kirill of Moscow and Metropolitan Pavel, head of the BOC-MP, "cordially congratulated" Lukashenka on his election victory on August 10. Orthodox Belarusians were outraged by the behavior of their church leadership. Part of the clergy and faithful, as well as Catholics, made an initiative group against fraud. The priest that was providing pastoral guidance to riot police appealed to them not to fulfill criminal orders.

The BOC-MP publicly disavowed the procession, causing outrage of its faithful, who wrote an open letter to Metropolitan Pavel. The next day, he joined them and also called on the authorities to do everything possible to stop the bloodshed.

The confessional situation in Belarus is somewhat similar to Ukraine, with a secularized East and more religious West. Belarus has its own Galicia in the form of the Grodno region, where the majority of people are Catholics. There are also regions with a large proportion of Protestants. Ukraine and Belarus were together in the Orthodox Metropolia of Kyiv, and both accepted the Union of Brest. And the emergence of Stundists occurred in the Ukrainian-Belarusian border of Volyn and Polesia.

There are important differences, though. For example, Ukraine has the experience of democracy, a lively native language, a large population of those who do not miss the Soviet Union, and a socially active Greek Catholic Church, as well as influential Orthodox churches. Ukraine has behind it two big revolutions and a lot of smaller “maidans,” and we also, unfortunately, have the annexation of territories and a war with a neighboring nuclear power.

Belarusians are only at the beginning of their long and thorny path. What is happening now in the religious sphere is reminiscent of “The Winter That Changed Us,” the Euromaidan Protests. As Archimandrite Cyril Hovorun aptly notes: Belarusians have outgrown their own churches. That is why they get angry when the hierarchs do not meet their expectations, but they are pleased when they receive support. Hence, they organize interfaith solidarity processions from below, without waiting for a blessing from above. They are only at the beginning and have to go their own way. They are to learn it the hard way.

Editor’s Note: This post is adapted from an article of the same title originally published by the Religious Information Service of Ukraine on August 18, 2020. 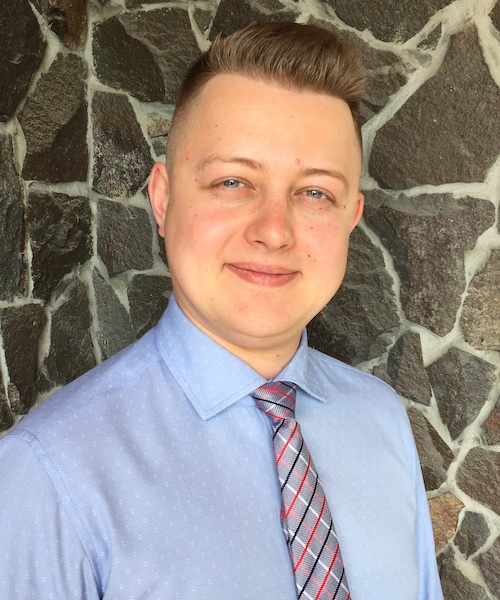 Dmytro Horyevoy is a religious journalist and project manager at the Ukrainian Catholic University. He contributes to Radio Free Europe/Radio Liberty, Current Time, and Belsat TV. Horyevoy is also co-founder and chief editor of Cerkvarium, a religious website, and director of the Religious Security Centre, a Ukrainian NGO.

The Belarusian Orthodox Church between Confession and Self-Preservation
Alena Alshanskaya

"The Church is Always with the People"
Regina Elsner