"The Church is Always with the People": An Orthodox Paradigm in Political Turmoil

The protests in Belarus are remarkable in several respects. Their duration, social breadth, creativity, female activity, and non-violence arouse international admiration, but also deep concern. Among others, the role of the Belarusian Orthodox Church (BOC) deserves special attention as it reveals characteristic patterns of the social position of Orthodoxy in post-Soviet states.

The Belarusian Orthodox Church is part of the Moscow Patriarchate and thus subject to the same ecclesial and social-ethical concepts. With regard to sociopolitical protest, this means a separation of church and state with a fundamental church loyalty to current government leaders, ambivalent acceptance of democracy and human rights, and the refusal of political protests as potentially dangerous to state stability and unity. Whenever there have been anti-government protests in the past 30 years, Russian and Belarusian churches have always stood firmly on the side of the government. Protests have been criticized as un-Christian, and external foreign actors have been accused of undermining the social consensus. State violence and government-sponsored violations of civil and political rights usually have been rationalized or ignored.

During the last decades, in Russia and Ukraine, and now in Belarus, the emphatically neutral attitude of church leadership in the situation of conflict has led to growing dissent among the faithful. Why is the church silent on obvious fraud, violence, and repression by the state? Why does it hide behind general phrases that do not hold anyone responsible? Why does it actively distance itself from statements of its own priests, bishops, and believers who, out of a Christian motivation, publicly condemn injustice? Why does it not support other communities that are oppressed by the state?

Similar to Ukraine, a central argument of the leadership to stay neutral was that the faithful are on both sides of the conflict. Accordingly, the leadership of the BOC underlines that “the church is always with the people" (Церковь всегда с народом), which means: with all parts of the people, including those who do wrong.

From this statement, a certain self-image of the church can be observed. According to this self-understanding, "the people" is on one side, and the church as a pastoral, accompanying institution on the other. In this self-understanding, the church can only speak into the conscience of each individual, and injustice can only be evaluated in the context of individual sin. However, this concept has two momentous gaps: the faithful, who are both "the people" and "the church," and structures of injustice that go beyond individual sinfulness.

The equation of the church with its leadership is an established hubris of church leadership worldwide, but also a misjudgment by (scientific) observers. The religious dimension of the protests in Belarus impressively shows how people with and because of their religious identity as Orthodox believers—as church—support the protests against electoral fraud and violence because they are directly affected by these social grievances. It is not a fictitious people apart from the church, which feels somehow hit. It is the church itself through its faithful, who are betrayed, tortured by the police, falsely accused, or pressured at work. Otherwise, one would have to expect a schizophrenic split between the church identity and the social identity of the faithful, connected at most in prayer. The formulation "the church is with the people" is treacherous in this respect, because it reveals this distance of the church leadership from the people, not least from its own believers.

The second void in the statements of the church leadership is the awareness of structural injustice. The call “to all” to end violence is meant to apply to politicians, police, special forces, as well as to the people who protest. As much as this makes sense as a pastoral examination of conscience for each individual believer (from the president to the farmer), it fails to recognize that state violence is to be judged with different measures than individual violence. State injustice, violence, and oppression have completely different effects on the individual people of the state and are subject to a different ethical evaluation than the wrongdoing of an individual sinner. The claim to be "with the people" therefore means that the church leadership misjudges these structural dimensions of injustice and thus also legitimizes them ethically.

Historically, the formula "the church is with the people" has proven its worth as a survival strategy learned under Soviet repression. It ensured the church leadership a living space, through the generosity granted by the state, to support the representatives of the people. Under the conditions of democratic civil societies, however, this formula loses its magic. The "people" is a plurality of persons, identities, and structures, which require a differentiated approach and to which the church must always relate in a new and differentiated way. Moreover, this plurality is nothing external, but is the church itself. The clear words of the archbishop of Grodno are "people" and "church," as well as the faithful who, without waiting for the blessing of the church leadership, take part in ecumenical prayer for peace; or the priests who, because of their Orthodox faith, stand up against electoral fraud or offer help to tortured people in front of the prisons. Yet, the prison staff torturing people and the police commander giving the order to shoot at demonstrators may be also “the people” and even “the church.” Who is the church with?

The protests in Belarus pose once again a challenge to post-Soviet Orthodoxy to rethink its relationship to those in power and to a diverse society, in short: to develop theological social ethics. The formula "the church is with the people" disguises the fact that "the church" and "the people" do not exist in this monolithic sense. The church leadership runs the risk of irretrievably finding itself at the side of dictators if it nevertheless sticks to this formula. Meanwhile, the people may experience that they do not need the leadership to be the church. 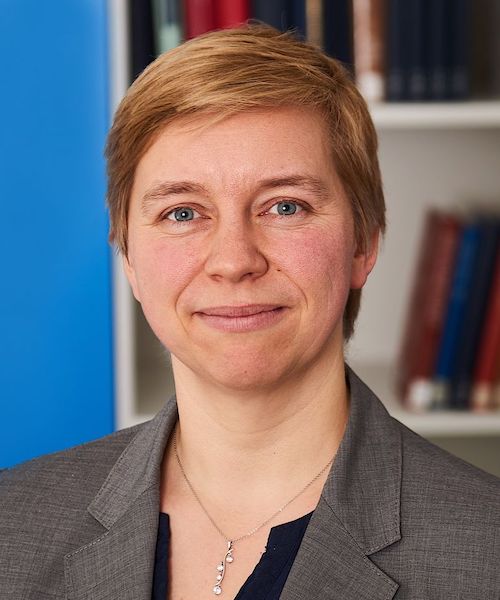 Regina Elsner is a Catholic theologian and postdoc research fellow at the Centre for East European and International Studies (ZOiS) in Berlin, Germany. Her research focuses on post-Soviet Orthodoxy and the dynamics of socioethical discourse in Eastern European Orthodox churches.

The Belarusian Orthodox Church between Confession and Self-Preservation
Alena Alshanskaya