The Belarusian Orthodox Church between Confession and Self-Preservation

The crisis overwhelming Belarus after the August 2020 presidential elections is no longer of political but of humanitarian character, and it has already impacted all segments of the Belarusian population. Even the churches, which tried to stay away from politics over years, were affected by the situation of total deprivation of fundamental civil rights by the state power machine.

The Catholic Church, as well as some individuals of the Orthodox Church’s clergy and laity, actively supported the protesters, calling for truth and non-violence and providing help for victims. The Orthodox Bishop of Grodna Artemij (Kischenko) has condemned the actions of the ruling regime in precise and harsh words: “We say that laws are being violated. Our people have turned into animals and torment their own brothers [...] We say: Stop! You are acting against the Gospel! You have raised your hand against Christ, and you will not be forgiven! And your cause will not last!” But the church authorities distanced themselves from his statement and claimed to consider it as his private opinion.

The official position of the church was declared in an ambivalent address of the Belarusian Synod. On the one hand it adapts Lukashenko's main thesis, accusing protesters of devastating the country by using church jargon: “And God forbid that sinful passions enslave us and turn us into a cruel and blind crowd that is ready to destroy our father house." On the other hand, the church timidly asks for (not demand as prophets did!) justice: “We believe and hope that the government, which is rightfully called upon to respect and protect its people, will stop the violence, hear the voices of the offended and innocent victims of confrontation, and that those who have shown brutality and cruelty would be legally charged and condemned.”

The church refuses to call things by their proper names once again and considers this position as peaceful and non-partisan. Such blanket and intentionally blurred statements make it totally impossible to figure out whom the church addresses when she calls for repentance and reconciliation. By doing so, the church takes a very comfortable position, one that allows it to always take the side of the winner at the end. So, for example, Patriarchal Exarch of the Belarusian Orthodox Church, Bishop Veniamin (Tupeko), who was newly appointed on August 25, described the situation in Belarus: “The last mournful events in our Fatherland result from the fact that our hearts bowed in an unkind direction and the light of Christ could not shine in this dark time when the sin of iniquity has manifested.”

What does church doctrine on the Orthodox social concept say about human rights? Despite the considerable amounts of church documents proclaiming respect for human dignity, the priests are not very enthusiastic about referring to them in their pastoral work. Most of the advice that priests give regarding life situations are reduced to calls for prayer and humility—humility towards circumstances, bosses, etc. They also teach isolation from the outside world and how to pray—“the hardest work, but the most efficient,” according to Bishop Veniamin. Of course, this is an empty statement, because it is absolutely impossible to verify the results of such work in the actual situation in Belarus. Prayer—that is just what Alexander Lukashenko prescribed the churches in his speech in Grodna.

One priest of the Belarus Orthodox Church ironically described on Facebook three noble maxims of a proper priest in current situation: I see nothing, I hear nothing, and I do not say anything to anyone. This institution turned out to be incapable of performing the tasks that it had entrusted to itself. Over the past 20 years, the church concluded several cooperation agreements with governmental authorities, including the penitentiary system, but in this critical moment she was incapable of mediation. The reason might be the unsubstantial character of all these agreements, which were just a piece of paper without any underlying intention for implementation. Moreover, despite her presence in all of the security forces, the Orthodox Church overlooked the fact that in recent years Lukashenko’s regime has trained at least several hundred special force fighters capable of the disgusting torture acts. Merely one Belarusian priest, Aleh Shulhin, who pastored these units in the past, had the courage to condemn them publicly, probably because he now lives in the United States. “Guys, what are you doing now? Be worthy soldiers of Christ, and do not be the executors of the orders of the one who wants to stay in power, trampling his own and your conscience, the laws of the state and the rights of citizens!”

The Orthodox Church claimed to be an important actor in public life, but she pulled back and allegedly plunged into prayer as the country was rocked by the protests. The official Orthodox Church turned out to be paralyzed by the fear of losing her status, the privileges granted to her by the state, or even just a prestigious place of work for some of her representatives. So, she refused to hear the appeals of her believers for support and a clear position. This model of church-state relations seems to be borrowed from top brass of the Russian Orthodox Church in Moscow.

Patriarch Kirill, head of the Moscow Patriarchate, was one of the first to congratulate Lukashenko on his “election victory,” ignoring the fact that this proclaimed victory caused unprecedented mass protests in the country. The patriarch remained unimpressed by the strikes and a wave of dismissals. He just declared his concern about the situation of public confrontation in Belarus. On August 30, in his birthday greetings, Patriarch Kirill praised Lukashenko for his “support of socially significant initiatives of the Orthodox Church” and expressed “hopes for the development of the church's cooperation with state authorities.” The patriarch prefers neither to see nor to hear hundreds of thousands of people on the streets and the exclamations of Orthodox believers calling for truth, respect, and non-violence. Obviously, he is over his flock and speaks the language of the political establishment familiar to him.

In the face of the Belarusian humanitarian crisis, the majority of Orthodox clergy is choosing silent prayer, meaning non-involvement and self-preservation. In such a way, they are respectively betraying their Christian confession, refusing to come out as real peacemakers and witnesses of truth. This might result in the further loss of the Orthodox Church’s moral authority in the Belarusian society for the foreseeable future. 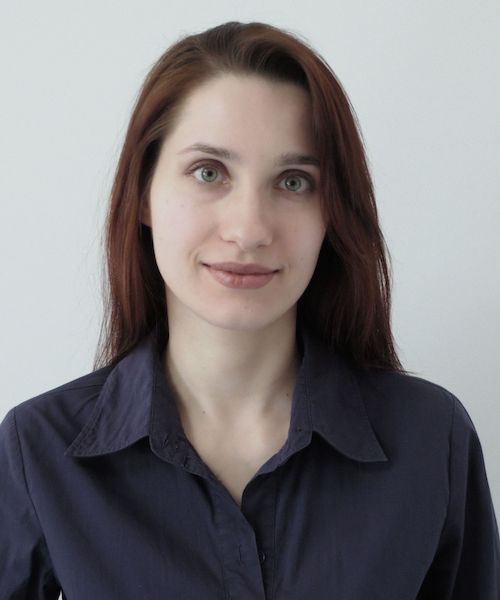 Alena Alshanskaya is a postdoc research fellow at the Department of East European History at Johannes Gutenberg University Mainz. Her research focuses on the history, legal culture, and contemporary politics of the Russian Orthodox Church in relation to Belarus and the European Union. She is the author of Der Europa-Diskurs der Russischen Orthodoxen Kirche (1996–2011).

"The Church is Always with the People"
Regina Elsner