Would the Kingdom of God Have Nuclear Weapons?

"Woe to an empire of blood."

These were the prophetic words spray-painted on the Y-12 National Security Complex in Oak Ridge, Tennessee in the early morning hours of July 28, 2012. Y-12 produces virtually all of the uranium for the U.S. nuclear arsenal and, according to its website, is “dedicated to making our nation and the world a safer place.” The “vandals” don’t see it that way. These righteous saboteurs were 82-year-old nun Megan Rice, Vietnam vet Michael Walli, and a house painter and carpenter named Greg Boertje-Obed. Their belief, influenced by a particular notion of the Kingdom of God, is that possession of a single nuclear weapon by a jingoistic U.S. military is a threat to our shared morality and, rightly, to our survival. They broke the law to bring attention to this state of affairs. As our current president warns of the “calm before a [nuclear] storm” on North Korea, perhaps revisiting the hardly reported actions of these activists and their notion of the Kingdom of God can illuminate our fruitless and virulent political discourse.

When asked how religion influenced her decision to break into the Y-12 site, Sister Megan Rice responded, “It defines what we’re doing as doing what is right for humanity, what is right for the common good. That’s what we’re all called to do.” Right away Sister Megan blasts through the nationalistic dichotomies often presented by government officials. Her work is defined by the common good of humanity, not by her citizenship in any country or membership in any group or organization. Nuclear war, because of its breadth of destruction, is a threat to all humanity, not in any sense just a conflict between the U.S. and North Korean militaries or the like.

Sister Megan demonstrates religion’s power in transforming the world, and in peacemaking. Religion can work to broaden our perspectives beyond nationalistic, ethnic, and political ties, offering a universal moral appeal. The transcendent idea for the activists in this Christian, pacifist, nonviolent tradition is the Kingdom of God. For these Christians, the kingdom is something to be realized and lived in the here-and-now. As famed Trappist monk and Christian pacifist Thomas Merton wrote, “[The Kingdom of God] is made clear and is ‘realized’ in proportion as Christians themselves live the life of the Kingdom in the circumstances of their own place and time.” What he is saying is that the Kingdom of God is absolutely dependent on the actions of Christians. It can be a reality once we begin to construct it. Also—and this is crucial—the kingdom is decidedly not an empire of blood, but an empire of peace. It is prefigurative in that we are to be the meek, the poor in spirit, the merciful, and the peacemakers now: to live as if the Kingdom of God has already come.

If we want to live out the Kingdom of God today, even the possession of a nuclear weapon is incompatible with this intention. Nuclear weapons are a morally corroding force because they destroy indiscriminately; they destroy civilians and siphon resources from life-giving enterprises. Possession of a nuclear weapon is a materialization of humanity’s darkest impulses to destroy and control. Here, again, the wisdom of Sister Megan, which is often hastily characterized as naïve perfectionism, proclaims, “As long as there’s one nuclear weapon existing, nobody is free.” Perhaps we should, for but a moment, bracket our skepticism about this radical ideal. 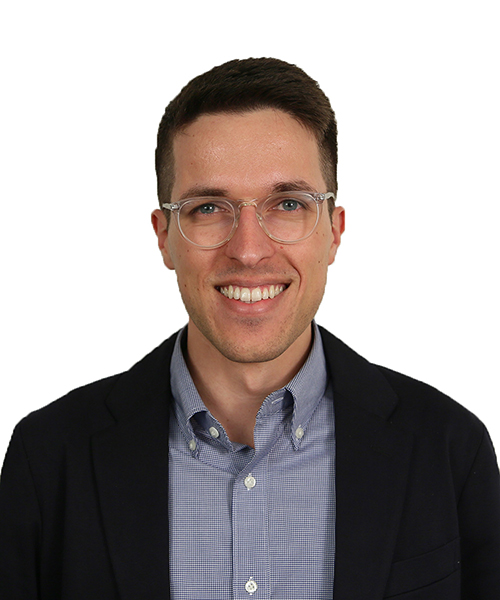 Nicholas Scrimenti is an undergraduate student in Georgetown College, class of 2018, majoring in theology. His primary personal and academic interest is in meditation as a spiritual practice, form of nonviolence, and means for social justice. He has worked in London with the World Community for Christian Meditation on their extensive meditation with children program, out of which he authored the booklet, Become Like Children: A Guide for Introducing Christian Meditation in Schools. He is also the program coordinator for the John Main Center for Meditation and Inter-Religious Dialogue at Georgetown University. As a 2017-2018 Doyle Undergraduate Fellow at the Berkley Center, he is eager to promote religiously inspired activism and radically loving communities.