Examining the Complex Relationship Between Religion and Mental Health

As a social and behavioral researcher, my particular interest has been examining the quantitative relationship between religion and mental health. I have been engaged in this research area for over 35 years, and I have spent not only much time designing and carrying out studies to examine this relationship, but also reviewing the work of other scientists in this area [1]. One thing that I have learned over time is the extraordinary complexity of this relationship, one that is difficult to understand because of the multidimensional nature of both religiosity and mental health, and the constantly changing bidirectional interaction between each over time [2].

Religious involvement may prevent or exacerbate symptoms of psychological distress, while at the same time those same symptoms may increase or decrease religious involvement. Depending at least in part on the severity of distress, the first response to disturbing or traumatic life events is often an increase in religious activities such as praying, turning to scripture for guidance, or seeking support from members of the religious community. Turning to religion in this way may provide partial relief of distress, but does not usually completely eliminate it. While symptoms may improve, the distressed person often continues to feel some level of emotional distress, and that level of distress is usually greater than in persons who are not experiencing difficult life circumstances and have little or no need for religion. If negative life stressors are severe and long lasting, symptoms of distress often persist over time despite religious or spiritual involvement and may result in a turning away from religion, and sometimes a complete loss of religious faith due to the protracted suffering. When attempting, then, to examine the degree to which religious involvement affects mental health, the researcher ends up trying to correlate a predictor (religiosity) that is changing over time with an outcome (mental health) that is changing over time as well, two moving targets that are influencing each other bidirectionally.

Dynamics like this can easily conceal any benefit that religion or spirituality may be having on mental health, especially when conducting observational studies (cross-sectional or prospective). Most of the research today that links religiosity and mental health is observational in nature and involves trying to tease out these effects in order to establish whether religious involvement has a positive or a negative effect on mental health. Prospective studies are particularly important in this regard. The positive findings reported thus far represent only the “tip of an iceberg” when considering the complexity and dynamic nature of this relationship—especially when one considers that these relationships are likely to be different depending on the particular religion and even the particular denomination within a religion, which may be influenced by cultural and social factors that are also changing over time [3].

Furthermore, accuracy in measurement of self-reported religious activity and self-reported must also be considered. Measures of religiosity are almost all based on self-report. Moral and social implications may influence responses leading to those that are socially desirable. As a result, people may not accurately report their religious activity. Self-reported frequency of church attendance in the United States, for example, has been shown to differ from actual counts of people attending from church offices, with self-report frequency much higher than that objectively recorded [4]. In China, however, social and political factors influence self-reports of religious attendance in the opposite direction, causing people to minimize their frequency of religious activity or completely deny it. Such tendencies result in misclassification and measurement errors that will vary depending on geographical location and sociopolitical environment. In addition, such influences may actually change over time as the social climate changes and secularization occurs, in such effects may be difficult to estimate and control for in statistical analyses.

Religiosity is not alone in the difficulty that researchers encounter when attempting to measure it. Similar forces (and some new ones) often influence the accuracy of self-reports of mental health. On the one hand, stigma against mental illness may cause those with mental health problems to underreport emotional symptoms to protect themselves or family members from social ostracization. On the other hand, a great display of emotions may be expected during stressful life events or loss of loved ones in some cultures, leading to an exaggeration of reports of distress. The social and cultural influences on symptom reporting are also changing over time (often at differing rates depending on geographical region) as societies become more progressive and more tolerable of mental health problems.

In addition to the dynamic and changing relationship between religiosity and mental health, all of this is being influenced by the particular religious beliefs and their interpretation, the personality of the individual, prior experiences with religion, prior life experiences more generally, and pre-existing religious and non-religious resources that are available to rely on for support. All of these factors can influence the relationship between religiosity and mental health in observational studies and must be taken into account. There are also many unknown factors that may influence this relationship. Questionnaires, however, can only be so long, making it impossible to identify all influences and control for them, underscoring the importance of randomized controlled trials for determining whether religion affects mental health and how it does so, and many such trials have now been conducted, often reporting moderate effect sizes in a positive direction [5].

Thus, the above discussion provides only a glimpse of the complexity involved in attempting to identify a relationship between religiosity and mental health, and the direction of that effect (causal inference). As a result of this complexity, it is likely that only the strongest and most consistent relationships can be identified between the two [6]. In many respects, it is surprising that researchers are able to identify any relationship whatsoever between religiosity and mental health. 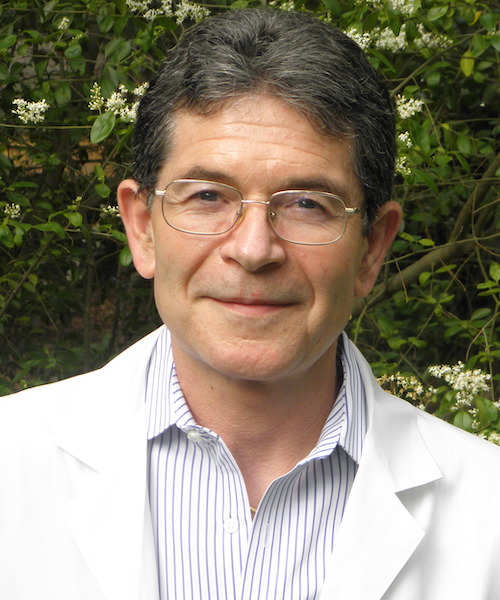 Harold G. Koenig, M.D., is a professor of psychiatry and behavioral sciences and an associate professor of medicine at the Duke University Medical Center. Dr. Koenig has published over 500 scientific peer-reviewed academic publications, nearly 100 book chapters, and more than 50 books.