The Spiritual Core of Mental Health: Calling on Education

In the past two decades, science on spirituality in mental health has emerged showing: 1) humans are born with an innate capacity for spirituality, that can be called the “spiritual core,” roughly one-third innate and two-thirds socialized. The inborn spiritual core is distinct from its socialization or embrace through any specific religious tradition; 2) youth is a time of significant formation of the spiritual core, with a “biological clock” surging in adolescence, during which time environment carries strong impact; 3) if the spiritual core is formed in youth, it persists into adulthood; and 4) the spiritual core is profoundly protective against the most prevalent forms of mental illness, depression, anxiety, addiction, and suicide.

The spiritual core is marked by an innate capacity to see interconnectedness or oneness, feel love throughout humanity and nature, and hold a sense of awe and reverence for an ultimate force of life. It is a perceptual and motivational capacity, a “docking station” with biological correlates, that is innate and can be developed (like a muscle) when engaged with practice, honored with awareness, given language, deepened, integrated with our values, across the lifespan.

The science of spirituality suggests that we have an opportunity to help our youth in the United States by enlisting parents, community, and a carefully designed system of education. Spiritual growth differs from learning math or social studies in that it is not taught per se with curriculum on a desk. Since the spiritual core is innate, it is supported, nurtured, and cultivated—not downloaded—through lived relational spirituality that is shared with parents, teachers, and community.

Schools are a natural place to support the deep spirituality core, separate and distinct from the teaching of any given religion per se in public schools, and together with the teaching of religion in religious schools. The developmental clock runs on spiritual formation, by omission or commission, and the nature of our teaching relationships impacts the formation of the child. That said, we have a lifesaving opportunity in education. It is through the embodied interconnection and love of the teacher, the observed awe and reverence that the teacher holds for natural life and fellow people, that our students can foster the same awareness from the spiritual core.

A twenty-year bifurcation of spirituality from education has deprived the developmental wellness and fitness of youth in the United States. From K-12 through college, the disintegration of spirituality from all other lines of development (social, intellectual, moral) has put youth in the United States at risk for the mental health epidemic of depression, anxiety, addiction, and suicide. This lack of resilience in our youth is strained further by the isolation of the current COVID-19 pandemic. The cost is degraded outward performance and mitigated inner reserves to solve problems, as well as personal suffering.

Historical Cause of Problem

The historical grounding of the U.S. educational system supported the deep spiritual core, in both independent and public schools, naturally distinct from any specific religious denomination in public schools.

However, starting in the late-1980s, in the positive attempt to be more inclusive of diverse religious backgrounds and cultures (and reflecting a broader cultural wave of receding religious observance), religion and with it support for a spiritual connection was disintegrated and significantly removed from the daily public square. Effectively, the schooling and daily experience of the average student became silent on a higher calling, ultimate sense of moral code, abnegating support of the spiritual core such that the “baby was thrown out with the bathwater.” De facto removal of daily support for the spiritual core attenuated the developmental “hard-wired” imperative of spiritual formation in childhood and adolescence.

Today, we see the unintended consequence of this pivot in culture and attenuation of spiritual support. Youth in the United States face elevated risk in the form of suicide, addiction, and mental illness. That degraded performance in youth extends across the life span.

Youth in the United States face the following challenges:

The effects of mental health issues on youth include:

Solution to the Problem

Education in the United States has grown beyond the academic curriculum to include programs such as physical fitness, whole child social and emotional learning, character education, and restorative justice. A national movement now is underway to extend these good efforts, by supporting the deep spiritual core of the student through the relational and cultural fabric of the school or university. The formation of the spiritual core of the student can be a top priority for the teacher The Collaborative for Spirituality in Education (CSE) is a catalytic hub for this work, training superintendents and principals in a transformational school culture.

To be clear, once again, CSE is not promulgating the teaching of one religion over another in public schools. There are no claims by this educational movement on ultimate theology or the final word on the nature of reality. Rather, this is a support for the natural spiritual core in every child, from the view of youth development, that forms the seat of resilience and mental health. 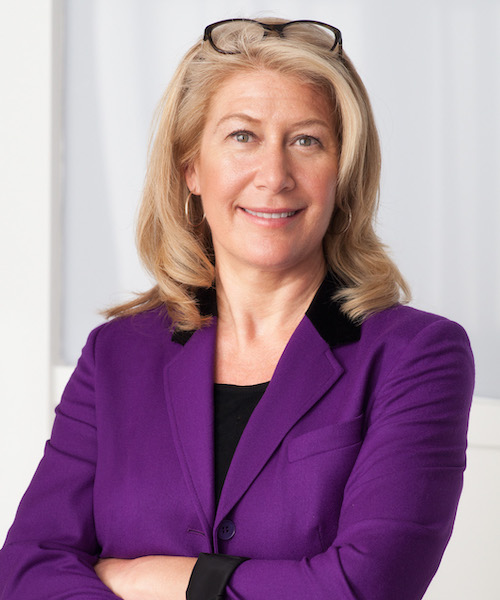 Lisa Miller is a professor of psychology and education at the Teachers College, Columbia University. She is also the founding director of the Spirituality Mind Body Institute at Columbia. Miller is author of The Spiritual Child: The New Science for Parenting and Lifelong Thriving, a New York Times bestseller.