Religion and Mental Health: Two Neighbors Who Fell Out

Growing up in north India and having been brought up as a Hindu, the philosophy and values of the religion were inculcated in me from a very early age. Years later in medical school, the idea of science having all the answers took over, and religion took a back seat. Yet every time I returned home, there were expectations to participate in various religious activities which I did. However, interestingly I rediscovered religion when I spent a year in Ireland. Being on call on a Sunday morning, when the staff (by turns) and patients who could would make their way to the hospital chapel for one of the two morning masses that were held. The priest would visit the ward to meet with those who could not make it. The role religion played in recovery and support of people who needed it was fascinating. It was all very interesting and yet intriguing as to why people follow religion.

Having stared training in psychiatry in 1980 in the UK, I rapidly discovered that often patients were keen to talk about religion, religious values, taboos, and rites but were either not encouraged or if they brought it up, they were ignored. When I explored their religious or spiritual values, very often their response was one of shock, but then being an outsider, it was easy for me to work with that. They were surprised and appreciated that a health care professional was interested. The number of times they thanked me in that way was heartening and humbling. Consequently, working with the hospital chaplains, we organized religion and mental health conferences on three occasions which were all very well attended.

Religions have been directly or indirectly involved in the mental health and wellbeing of individuals, communities, and society at large in positive and negative ways. Many psychiatric disorders are more common in certain religions than others. For a considerable period of time, religious institutions were able to look after those with mental illness. In many countries like India, even now possession is seen often and is dealt with in the religious context. The Western religions and mental health started to part ways when Descartes introduced the mind-body dualism, where the church held on to the soul or mind and doctors and medicine were left in charge of the body and resulting physical conditions. There is no doubt that mind and body are linked together and that one affects the other. Over the centuries, the two neighbors of religion and science have drifted apart. Psychiatry is art backed by science and religion is art backed by philosophy and values. So why the drift? Perhaps due to extreme views on both sides, perhaps mind-body dualism, perhaps ritualistic differences, perhaps all the abuse reported by various religious leaders?

Attending the church, temple, or the mosque gives a sense of community and purpose. Often the sermons are a form of group cognitive therapy. This is not to idealize the distant past, when people went for weekly attendance at their local church and there was a structure to their Sundays.

In the 1990s, I led on a project to explore the experiences of depression in middle-age Punjabi women. We introduced a case vignette of a young woman with depression to explore the causes, symptoms, and management of the condition to a number of Punjabi women, who were Hindu, Sikh, or Muslim. To our surprise they recognized these symptoms and causes even though there is no equivalent word for depression in Punjabi or Urdu. They reported poverty, unemployment, alcohol, domestic abuse, etc. as potential contributors to sadness, tiredness, feeling exhausted with poor sleep, lack of appetite, etc. as clear symptoms of feeling depressed. When asked what would they do under these circumstances, they were overwhelmingly in favor of going to the temple, the mosque, or the gurudwara for alleviation of these symptoms. They felt that these feelings and emotions were part of life’s ups and downs, and going to the religious institution and praying would help them feel better. Going to see their general practitioner or internist, in their mind, would lead to shame and stigma. The question therefore arises, why do we not have community nurses or even community clinics in places where our patients are to be found rather than expecting them to come to us? For minority communities, often these places of worship provide a sense of belonging. For a number of years, my clinical team was fortunate enough to have hospital chaplains attend the ward rounds on a regular basis and also help run a cultural mediation service.

Religion and spirituality give people a sense of identity and purpose perhaps more so to minority and migrant groups, and it is up to us clinicians to engage these groups in a culturally appropriate and sensitive way no matter what our personal religious beliefs and spiritual values are. It is heartening to see that in many countries, psychiatric care is expanding from bio-psycho-social models to bio-psycho-socio-spiritual models of diagnosis and management. There is a clear rapprochement between two neighbors, and fences indeed are being mended. Perhaps after COVID-19, there is hope that the two disciplines can come together to create a more altruistic, less confrontational world. 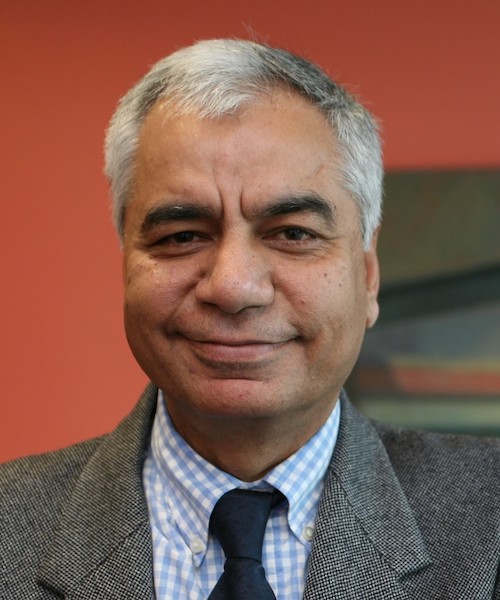 Dinesh Bhugra, CBE, is professor emeritus of mental health and cultural diversity, Kings College London. His research interests are in cultural psychiatry. Bughra is author or editor of over 30 books including the volumes Psychiatry and Religion (1996) and the Textbook of Cultural Psychiatry (2nd ed., 2018).