Hans Küng launched a dimension of inquiry in religious and secular spaces that was bold, courageous, contentious, and inspiring. He was a man of conviction and belief; a challenger; and an explorer of ways into peacemaking, understanding the human condition in the perpetual dynamics of dualism in which we appear to exist.

Küng’s journey posed a fundamental juxtaposition of the Divine existence in the human existence and access by man to the Divine directly, not channeled through any intermediary created by manmade institutions, hierarchies, or formulations. The example of Christ and the benchmark of the Gospels, the declaration by Jesus in John 10:30 that “The Father and I are one,” speaks of a direct relationship with the Father where Jesus is in a transcendent state, beyond the realm of dualism, and in direct and complete union with the Father, the Divine source.

His lifelong commitment to Christianity, the exemplar role of Christ in his faith, and the teachings of Christ brought their relevance and application into Küng’s work. As an intellectual, scholar, and astute observer of the human milieu, he lay hold of opportunities that could maximize the impact of his work on the macro, meso, and micro levels. His reach was felt globally at the World Economic Forum in 1997, the UN Commission for Global Governance in 1995, the World Commission on Culture and Development in 1995, the Third Millennium Project of the City of Valencia in 1997, the UNESCO Universal Ethics Project in 1997, the Sixth Indira Gandhi Conference in 1997, and elsewhere.

His lifelong commitment to Christianity, the exemplar role of Christ in his faith, and the teachings of Christ brought their relevance and application into Küng’s work.

He sought the articulation of common values and principles to guide us in the conduct of our lives by means of the global ethic, which was created through an extensive consultative process. It was meant to be a living document that was aspirational yet foundational in its application across cultures, disciplines, and institutions.

The global ethic sought to bridge divides among religions to create greater harmony and peace in the world through dialogue and “…a fundamental consensus on binding values, irrevocable standards and personal attitudes. Without such a fundamental consensus on an ethic, sooner or later, every community will be threatened by chaos or dictatorship, and individuals will despair.”

In witnessing the state of the world, the Declaration Toward a Global Ethic sets forth the manifestations of global pain and suffering: the elusiveness of peace, the destruction of the planet, the fear of neighbors toward each other, the alienation of women and men, the death of innocent and vulnerable children from violence, the suffocating effects of poverty, and the necessity of rebuking acts of “aggression and hatred in the name of religion.”

In witnessing the state of the world, the Declaration Toward a Global Ethic sets forth the manifestations of global pain and suffering.

The declaration recognized the existence of “ancient guidelines for human behavior which are found in the teachings of the religions of the world and which are the condition for a sustainable world order.” However, the global ethic was meant to reach beyond adherents of any religion, and it invited “all people, whether religious or not” to commit themselves to “understanding one another, and to socially beneficial, peace-fostering, and nature-friendly ways of life” (emphasis added).

Engaging religious practitioners in dialogue with and among each other while including those with no religion, the global ethic embraces the 84% of the world population that professes religious belief, as well as the non-believers. In calling out the pain and suffering in the world, it offers a way forward that seeks the alleviation of social ills through justice, respect for life, and readiness to help others—values Küng saw as expressed in the Golden Rule of treating others as we wish to be treated. These values and codes of conduct could be applied in secular, civic spaces. The global ethic also finds resonance on the micro level, shaping individual conduct in the course of daily life.

In addressing the individual in the context of a globalized world, he turned to executives in business and called out the need for “personal leadership with both the head and the heart,” which entailed “personal attitude, character and personality”; in short, one’s “integrity, morality and ethos.” Citing sociologist Max Weber, Küng posited the importance of taking responsibility for our actions concomitant with asserting our rights. Through the lens of economic globalization, he sought to call out the base qualities of greed, pillage, and profit-making over the use of economic and political power to the “service to humanity.” He again identifies the manifestations of suffering “all over the world…endless hunger, deficiency and need…millions of people are without work, millions are exploited by poor wages, forced to the edges of society, with their possibilities for the future destroyed.”

Through the lens of economic globalization, he sought to call out the base qualities of greed, pillage, and profit-making.

Küng was keenly aware of power dynamics and the dangers of power disparity and misuse, calling for the heart of “compassion with those who suffer, with special care for the children, the aged, the poor, the disabled, the refugees and the lonely.”

In the development of the heart of compassion for those who suffer, one could say that Küng’s work gave expression to the suffering of Christ as indistinct from the suffering of others. When admonishment was made of those who did not feed the Lord in his hunger, slake his thirst, give him accommodation, clothe his nakedness, or visit him in prison, he answered their protestations by saying, “Truly I tell you, just as you did not do it to one of the least of these, you did not do it to me” (Matthew 25:42–45). In the deepest sense of his writings, Küng embraced the permeation of Divine love in a suffering world. 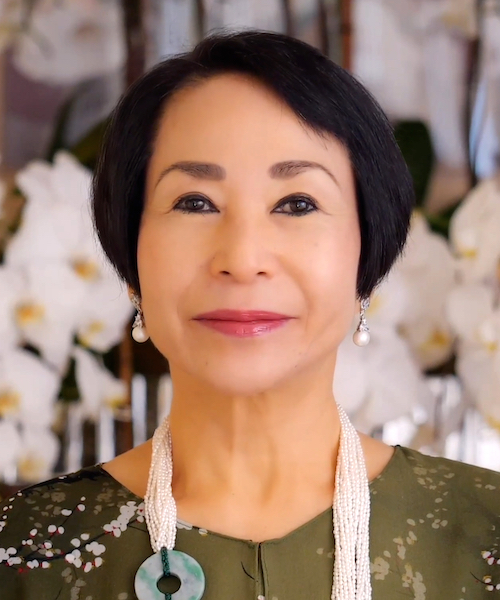 Audrey E. Kitagawa, J.D., is president and founder of the International Academy for Multicultural Cooperation, president of the Light of Awareness International Spiritual Family, a UN Representative for the United Religions Initiative (URI), and co-facilitator of URI UN Cooperation Circle. She is also the chair of the G20 Interfaith Forum Anti-Racism Initiative.