The Church and Beyond: Hans Küng and Interreligious Relations

Hans Küng is best known for his analyses of the Catholic Church, both theologically and institutionally. But we need to appreciate as well his significant contributions to the new interreligious encounter generated by Vatican II.

An examination of Küng's contributions to the emergence of interreligious dialogue as a post-conciliar focus of Catholicism needs to highlight important aspects of his work. They are: (1) his emphasis on interreligious encounter as a critical piece of Catholic ecclesial identity; (2) his reflections on Judaism and Islam as partners of the Church in an Abrahamic community of faith; and (3) the creation of a global ethic as integral to the promotion of justice and peace in the emerging global community.

While most of the media coverage of Küng's work has focused on his efforts to restate and re-energize our vision of Catholicism in collaboration with our sisters and brothers in the other Christian churches, early on Küng recognized that the growing globalization of Christianity would require a beginning study of, and conversations with, other faith communities beyond Christianity. For Küng, such an expansion was not meant simply as an effort to engender social harmony and cohesion but was a vital part of the reconstruction of the Church's identity in light of the council. This was evident in his strong support for the creation of the Journal of Ecumenical Studies, founded by Leonard and Arlene Swidler. While the journal initially emphasized inter-Christian dialogue, it eventually came to focus on Christian-Jewish dialogue, as well as faith communities in Asia and Africa. Professor Swidler has written about the substantive contributions made by Küng to the successful launch of this journal, which has acquired an iconic status in the field of interreligious relations.

Early on, Küng recognized that the growing globalization of Christianity would require a beginning study of, and conversations with, other faith communities beyond Christianity.

Küng also played an important role in the creation of the Concilium series of volumes dedicated to the implementation and expansion of the vision of Vatican II. Some of these volumes had a definite ecumenical and interreligious bent, both in content and authorship. One such volume was that devoted to the implications, both moral and theological, of the Nazi Holocaust.

While a visiting professor at the Catholic University of Leuven some years ago, I was able to visit with Küng at his home in Tübingen. He had just received a copy of a new German volume discussing the Christian-Jewish relationship in light of the Holocaust. So, we spent several hours discussing this new volume and its implications for an understanding of the Church today. Küng was convinced that a rethinking of Christian-Jewish relations was central for the revitalization of ecclesiology. We subsequently pursued this discussion at a private breakfast conversation when we were both at a conference on the global ethic at Georgetown University.

Küng was convinced that a rethinking of Christian-Jewish relations was central for the revitalization of ecclesiology.

Küng recognized that rethinking the Christian-Jewish relationship, as well as the Church's links with Islam, was vital for the future of the Church's self-understanding in the new millennium. So, he undertook such a revision of both relationships in his own writings. On the Christian-Jewish front, his perspective was not as advanced as some of the cutting-edge Christian scholars such as Rosemary Ryether or Paul van Buren, who addressed the dialogical significance for the Church's understanding of Christology and ecclesiology. His contribution, however, was no less important. As a leading post-Vatican II theologian, he put these two relationships on the central agenda for ecclesial reform, helping to make an important theological validation of these concerns. In terms of Muslim-Catholic dialogue, he was one of the first scholars to make this a priority for ecclesiological reflection. The only drawback to his vision of inclusion of the two dialogues within the study of the Church involved his reflections on the political situation in Israel-Palestine, where his writings seemed unduly influenced by marginal perspectives.

Küng's third major contribution, the forging of a global ethic, may yet prove to be his most lasting contribution. Küng had begun to develop a vision for such an ethic in connection with his efforts at Vatican II. At the beginning of the 1990s, plans began to emerge for a celebratory conference marking the one hundredth anniversary of the 1903 Parliament of the World's Religions held in Chicago in connection with the World's Fair. The planning committee for the 1993 parliament decided to generate a global ethic document as a centerpiece of the celebration. Küng was chosen to prepare the draft of that declaration, which would be signed by the global religious representatives present at the Chicago commemoration.

Küng was convinced for the rest of his life that the global vision that arose at Vatican II could not be sustained without being rooted in a global ethic.

Küng consulted widely in developing the text, which eventually won final approval after considerable debate and was signed by representatives of the various religious communities. The late Cardinal Joseph Bernardin of Chicago signed in the name of the Catholic community. Küng was convinced for the rest of his life that the global vision that arose at Vatican II could not be sustained without being rooted in a global ethic. That ethic could not reflect only the Catholic or even the wider Christian tradition. Hence, he insisted that it be articulated in language that would be basically secular.

The global ethic remained the property of the parliament after the 1993 convening. Küng himself established a Global Ethic Foundation at his home in Tübingen. That foundation concentrated on the implementation of the global ethic primarily in Europe. In 2018 at the Toronto parliament, a fifth directive was added to the original four, focusing on the growing ecological challenge.

The global ethic will undoubtedly continue to be refined in light of criticisms that it is too Western and that it lacks elements of feminist, liberationist, and postcolonial perspectives. But the need for such an ethic remains a lasting legacy of Hans Küng's contribution to contemporary religious understanding. 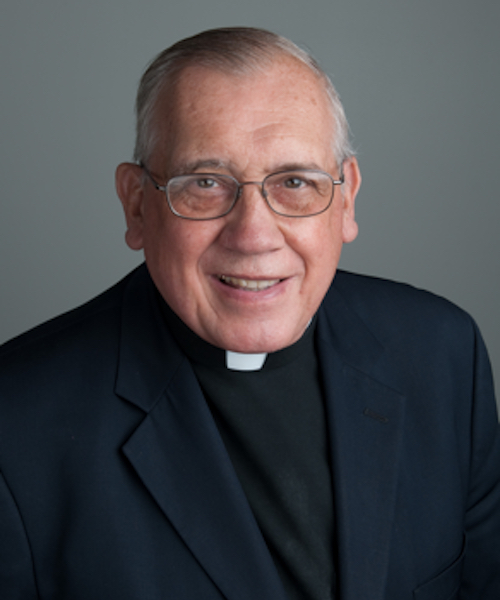 Rev. John T. Pawlikowski, OSM, is professor emeritus of social ethics at the Chicago Theological Seminary, where he directed the Catholic-Jewish Studies program. He also served as president of the International Council of Christians & Jews and as a longtime board member of the Parliament of the World's Religions.