“No Justice, No Peace!” On Hans Küng’s Global Ethic Project

Hans Küng wrote many bestselling books: on faith, Jesus Christ, the Church in general and the role or authority of the pope in particular, human rights within the Church, the role of Catholicism within Christianity and of Christianity among all religions, religion and science, the world religions, and many more. But it is the global ethic project that is Küng’s legacy and a challenge for theologians coming after him.

Küng conversed with scientists, scholars, political and religious leaders with an open spirit. He contributed to the UNESCO program of universal human rights education. His adversaries in Rome may have had castles and fortresses, servants, guards, and the power of the institution. But Hans Küng had his Institute of Ecumenical Studies in Tübingen and a loyal readership who appreciated his intellectual efforts. Küng dared to ask hard questions and inquire into faith and religion from within—instead of in opposition to—modern thinking. Whoever met Küng personally encountered the charm of a self-confident theologian who believed in the importance of his words and the urgency of collaborative actions. For this opponent of a hierarchical, authoritarian structure of the Church and of theology, it was a sign of hope that his vision was embraced by the Parliament of the World’s Religions in 1993.

For this opponent of a hierarchical, authoritarian structure of the Church and of theology, it was a sign of hope that his vision was embraced by the Parliament of the World’s Religions in 1993.

Küng did not only call for a paradigm shift in Catholic theology—together with others he embodied this change. The emphasis on human rights within the Church, feminist theology, ecumenical theology, and a theological openness to non-Christian religions in the progressive side of Catholic theology did not just so happen. This change needed pioneers, fearless individuals who had the courage to move the Church into modern thinking. I have learned and profited in multiple ways from this courage that I encountered in Tübingen, and it was a true gift to watch and listen when several of the founders of the international journal Concilium debated each other’s works, in critical respect and solidarity.

Küng’s book on the global ethic that accompanies the Declaration Toward a Global Ethic deserves but also requires scholarly engagement and critique. He explored ethics as a Catholic systematic theologian who believed in the possibility of a world without violence. In order to move toward this goal, religions must do their part, he argued. Küng believed that it was possible for what Hannah Arendt called the “one world” in which we now live to overcome wars as a means to solve conflicts.

Küng embraced Rawls’ concept of an overlapping consensus of moral standards, and he translated it into a global ethic. He often repeated his conviction that there will be “no peace among nations without a global ethic,” “no peace without religions,” and “no peace among religions without dialogue among religions.” It remained his conviction in spite of ongoing wars among nations, the overabundance of violence committed in the name of religions up to the present, and the exclusivity of the Catholic Church’s truth claims ad intra and ad extra. Küng was not naïve, of course. But he believed that if we are convinced that we can bring about peace, we will be willing to engage in the necessary dialogues among religions. Two years after his book was published, the siege of Sarajevo began. It lasted for three years and put an end to the optimism of a peaceful world after the end of the Cold War.

Küng was not naïve, of course. But he believed that if we are convinced that we can bring about peace, we will be willing to engage in the necessary dialogues among religions.

Truth is Küng’s lifelong theme. Situating his own theology in the mean between exclusivist truth claims and “postmodern” religious and moral relativism, Küng’s minima moralia is very different from Theodor Adorno’s fragmentary, narrative reflections from everyday life, examined and taken up in the narrative ethics of Dietmar Mieth, Küng’s colleague and his co-editor at Concilium. In Küng’s view, theological ethics presupposes modern autonomy but must nevertheless be grounded in the unconditioned Absolute that religions call the Divine. Another Tübingen colleague, Alfons Auer, published “Ten Theses against Humanae Vitae” in 1968, causing a long-lasting debate on autonomous vs. theonomous ethics in Germany.

Küng generally agreed with Auer’s approach, laid down in his book Autonome Moral. But regarding the question of moral truth, he defended a reflective “theonomy” with respect to the foundation of moral norms. In his effort to integrate ethics into theology, Küng did not attend enough to the relationship of hermeneutical interpretations and normative ethics. Additionally, Johann Baptist Metz critiqued Küng for taking up the overlapping consensus of the liberal tradition. He instead called for compassion for justice as a political-ethical program. I sided with Metz: The only valid standard of ethics is “the recognition of the authority of those who suffer” (translation corrected). A global ethic, I therefore want to add to Küng’s formulas of peace, must respond to suffering that is caused by moral harm. Ethics demands accountability and justice: “No peace without justice. No justice, no peace.”

A global ethic must respond to suffering that is caused by moral harm. Ethics demands accountability and justice: 'No peace without justice. No justice, no peace.'

In his book, Küng turned to two virtues in particular that deserve further scrutiny today: courage and constancy. I strongly agree that these virtues are required for global peacebuilding, complemented, among others, by responsiveness to the other, resistance to coercive power, and temperance as a virtue of non-violence. Virtues must be learned, especially in a Church that teaches obedience rather than courage and resistance to injustices.

Ethicists may be more willing today to follow Küng’s attention to virtues than the overlapping consensus. Virtues are formed by practicing dialogues. Dialogues entail politically and theologically dangerous memories of suffering and moral injuries that are shared through storytelling. But dialogues also entail the personal and institutional acknowledgment of harm done to others. Moral dialogues are a necessary starting point for peace-seekers, and Hans Küng will always be remembered as a pioneer and role model for exactly such dialogues. May he rest in peace. 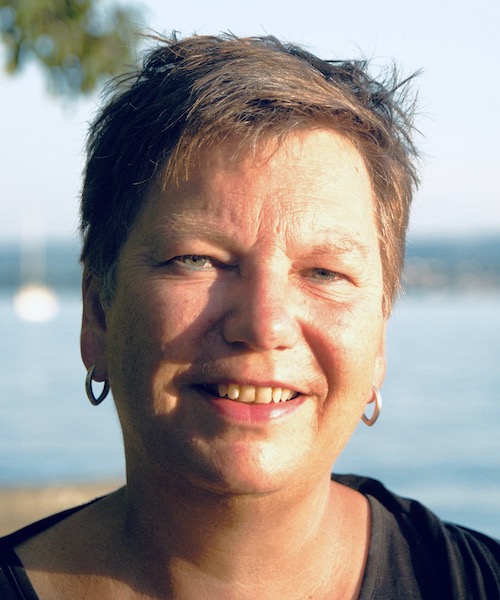 Hille Haker, Ph.D., holds the Richard McCormick, S.J., Endowed Chair of Catholic Moral Theology at Loyola University Chicago. She received her Ph.D. and habilitation from the University of Tübingen and co-edited the journal Concilium between 2003 and 2015. Her most recent book is Towards a Critical Political Ethics: Catholic Ethics and Social Challenges (2020).