The Critical Need for a Spiritually Based Global Ethic in a Fractured World: A Tribute to Dr. Hans Küng

The legacy of Hans Küng will forever be illumined by his singular commitment to the imperative of crafting, promulgating, and putting into action a global ethic capable of resolving some of most deeply rooted challenges confronting humanity. He devoted much of his professional career to this enterprise. He is most closely associated with the initiative of the Parliament of the World’s Religions to promote and propagate a Declaration Towards a Global Ethic for our times. This declaration, and his work more generally, have inspired numerous projects, conferences, academic endeavors, and grassroots efforts to foster a global ethic.

I have personally gleaned many insights from his writings, which contributed to my own work on a global ethic based on shared principles in diverse religious scriptures. I also had the honor and pleasure of meeting Dr. Küng at a “Symposium on the Global Ethic, Law, and Policy” held in his honor at Georgetown University in November 2011, which resulted in a volume edited by Bradley Shingleton and Eberhard Stilz, The Global Ethic and Law: Intersections and Interactions.

Here, I would like to highlight four dimensions of the global ethic advocated by Dr. Küng and many others that make it particularly relevant in today’s world. First, we see the urgent need for an ethical response to the many economic, environmental, political, legal, and social problems afflicting contemporary society. Such challenges as the accelerating disparities between rich and poor, and developed and developing nations, including in access to COVID-19 vaccines, at their core raise fundamental ethical issues. These ethical issues include the extent of the obligations we owe to other members of the human race and to other nations less well off than our own. For this reason, these problems simply cannot be resolved without a common ethical vision shared by the world’s leaders and peoples.

We see the urgent need for an ethical response to the many economic, environmental, political, legal, and social problems afflicting contemporary society.

Second, that vision must indeed be common and global in scope. As crises like the COVID-19 pandemic, climate change, and mounting violations of fundamental human rights—including the rights of Blacks and other minorities—demonstrate, the actions of one nation or group of nations alone are insufficient to address problems that transcend national boundaries and are exacerbated by global interdependence. Nor is any one ethical perspective anchored in a particular ideology or culture capable of bringing about the coordinated, unified action among peoples and nations required to solve these problems. A truly global ethic, incorporating insights from many different cultures and traditions, is alone able to address these challenges.

Third, the ethic envisioned by Dr. Küng, while one that could be accepted by leaders and individuals of all faiths or no faith, nevertheless drew inspiration from spiritual and moral principles shared by the great religions of the planet. This ethic therefore has a spiritual motivation, and such a spiritual dimension is essential to counteract the excessive materialism that can impede other efforts to rescue a fractured humanity.

Sadly, despite important efforts to work toward cooperative action on urgent social problems like climate change, we see a simultaneous fracturing of the global body politic, one fueled in part by competing claims for resources, both natural and human-made. We also witness persisting dynamics of domination by one political, economic, religious, racial, or ethnic group over others. Yet at the foundation of the global ethic Dr. Küng and others proposed is a spiritual vision of all human beings being united as members of a single human family, who care deeply about one another’s welfare and seek to build bonds of unity and cooperation with every other member of this vast global community. As the Declaration Towards a Global Ethic affirms, “We consider humankind our family,” and “opening our hearts to one another, we must sink our narrow differences for the cause of our world community, practicing a culture of solidarity and relatedness.”

At the foundation of the global ethic Dr. Küng and others proposed is a spiritual vision of all human beings being united as members of a single human family.

Finally, Dr. Küng was a leader in a grand ecumenical effort to bring together representatives of diverse faiths. Members of these faiths, and some of their leaders, have too often themselves been instigators of violence, social conflict, and claims of exclusive access to truth rather than peace, mutual cooperation, and open-minded consultation. One key principle of the declaration is that leaders and members of all religions must work together to realize on this earthly plane the transcendent teachings of the reality of human unity, the peaceful settlement of disputes, and the imperative of justice for the downtrodden that lie at the core of their own religious belief systems. Dr. Küng, in his life and work, sought to leave behind the rigid dogmas that have hindered some members of religious communities from becoming the sacred agents of justice and peace that their own faiths call them to be.

We need today a renewed commitment on the part of people with diverse beliefs to those timeless principles that have been promulgated by the founders of the world’s faiths. In the words of the declaration, “We affirm that a common set of core values is found in the teachings of the religions, and that these form the basis of a global ethic.” And among those values is belief in the principle, and reality, that we are members of a single, divinely created spiritual family.

We need today a renewed commitment on the part of people with diverse beliefs to those timeless principles that have been promulgated by the founders of the world’s faiths.

I would like to close this tribute to Dr. Küng with a quote from a recent document issued by the Bahá’í International Community, which represents the global community of members of the Bahá’í Faith, my own religion. The Bahá’í International Community has regularly sent representatives to the meetings of the Parliament of the World’s Religions, including the 1993 gathering at which the original declaration was unveiled. The document, A Governance Befitting, which was issued in 2020 on the occasion of the seventy-fifth anniversary of the founding of the United Nations, declares, in words with which Dr. Küng would no doubt concur:

“The human family is one. This is a truth that has been embraced by multitudes around the world. Its profound implications for our collective behavior must now give rise to a coordinated movement toward higher levels of social and political unity. As Bahá’u’lláh declared over a century ago, ‘True peace and tranquility will only be realized when every soul will have become the well-wisher of all mankind.’ The perils of a global community divided against itself are too great to countenance.” 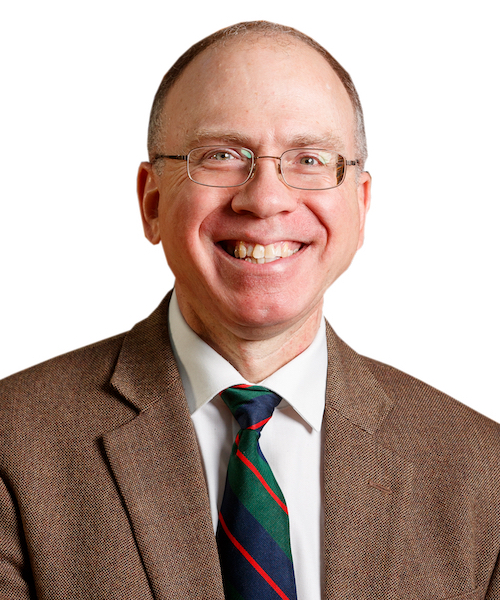 Brian Lepard is the Harold W. Conroy Distinguished Professor of Law at the University of Nebraska-Lincoln College of Law. He is the author of numerous books and articles on the Baha’i faith, world religions, human rights, ethics, and international law, including Hope for a Global Ethic: Shared Principles in Religious Scriptures (2005) and Customary International Law: A New Theory with Practical Applications (2010).