Religion and Nationalism in a Modern World

In the months leading up to the 2022 Beijing Olympics, the United States and many of its allies announced a diplomatic boycott of the games in response to Chinese treatment of Uyghurs and other Muslim minorities, which the United States described as “genocide and crimes against humanity.” One need not look far to find other examples of religion playing a prominent role in national identity and politics today. In just the past five years, the Hindu nationalist government of Narendra Modi changed Indian law to allow immigrants an avenue to citizenship, so long as they were not Muslim; the Buddhist nationalist government of Myanmar has targeted the predominantly Muslim Rohingya with acts of violence; and far-right populist parties have risen to prominence in Hungary, France, and Germany, largely in opposition to rising numbers of refugees; and the presidency of Donald Trump has reminded us of the continuing role of Christian nationalism in U.S. politics.

Given these examples and many others, religion’s powerful impact on modern politics may seem obvious, but for much of the nineteenth and twentieth centuries, there was an assumption among social scientists that religion was destined to wither away as societies modernized around the world. Scholars argued that science and reason would inevitably replace religion as a guiding and structuring force for both individuals and societies. This line of argument wasn’t necessarily so absurd. As Mark Juergensmeyer has pointed out, nationalism and religion are competing “ideologies of order.” They both play a similar role in our lives by helping us to make sense of the world, giving our lives a larger meaning, telling us who we are, and conferring legitimacy onto leaders.

Religion’s powerful impact on modern politics may seem obvious, but for much of the nineteenth and twentieth centuries, there was an assumption among social scientists that religion was destined to wither away.

So, as nationalism exploded in the nineteenth century, religion often played a smaller role in society as it gave way to newer and more secular notions of society. For example, in addition to replacing the monarchy with a republic, the humanist revolutionaries of the French Revolution also transformed Catholic churches into “Temples of Reason.” Both the monarchy and the Church became anachronisms. After all, who needs the Church when you have reason?

And yet, religion refused to go away. By the late-twentieth century, clear reminders of the importance of religion in the modern world were abundant. In Europe alone, the Troubles in Northern Ireland between Protestants and Catholics, the genocide in Srebrenica carried out by Orthodox Serbs against Muslim Bosniaks, and the Catholic-fueled Solidarity movement in Poland all showed the importance of religion in modern politics and modern nations. Scholars now recognize that modernity can in fact undermine religion, as was predicted for many years, but the very same modernization is also destabilizing. And as the pace of change accelerates in the world around us, that instability is disconcerting, and it can lead us to seek out those forces that provide us with a greater context and help us to feel more grounded. In that way, the chaos of the modern world can actually strengthen religion.

In order to understand the role of religion in modern nationalism, it’s important to first recognize that nationalism is, at its most fundamental level, a form of identity. It tells us who we are, and that in turn can impact our values, our purpose, and our sense of where we belong. And like all forms of identity, nationalism is inherently tied to the concept of “the other.” If you pause and think about your core identities—whether that be your national identity, ethnicity, gender, occupation, religion, or role in your family—each identity is shaped in response to what you are not. The identity of fathers is shaped in response to what sets them apart from both mothers and children. The identity of Protestants is shaped in response to what distinguishes them from Catholics. Similarly, American national identity is tied to those values and characteristics that distinguish it from other nations. Universal characteristics aren’t useful in group identification. As a result, national groups are always informed and shaped by the traits that distinguish them from other groups.

In order to understand the role of religion in modern nationalism, it’s important to first recognize that nationalism is, at its most fundamental level, a form of identity.

When we talk about the forces that shape national identity, the most powerful “others” are often those that are the most threatening to the nation. It is human to be powerfully shaped by the events in our life that bring us face-to-face with our own mortality. Nations are the same. Irish identity is forever shaped by those factors that set it apart from England, and so the Gaelic language and Catholicism become central to the Irish nation. American and Soviet identities profoundly impacted one another during the Cold War, and so their identities become wrapped up in what differentiates them. Once these identities are formed, they have a lasting impact. Long after the end of the Cold War, they continue to play a role in both American and Russian culture and politics.

This brings us back to the role of religion in modern nationalism. The places in the world where religion has bonded itself to nationalism most extensively are those places where national survival was threatened (or perceived to be threatened) by a “religious other.” To return to the Irish example, from the sixteenth century and the English Reformation onward, religion provided the most powerful tool in the Irish nation’s attempt to distinguish itself from the English. Likewise, Catholicism was the rallying force for the Polish nation during its partition among Russia, Prussia, and Austria, and it continued to unify the Polish people in opposition to a secular Soviet Union, as demonstrated by Pope John Paul II’s role as a national icon. Shia Islam plays a powerful role in differentiating Iran from both its Sunni neighbors and the non-Muslim Western world. In each of these instances, religion has become a powerful political tool for national mobilization.

The places in the world where religion has bonded itself to nationalism most extensively are those places where national survival was threatened (or perceived to be threatened) by a ‘religious other.’

It's worth noting that in each of these examples, the conflict in question is not necessarily about religion. Theological concerns are not at the heart of these political battles. Economic and political rights, national survival, and power are typically the driving forces of conflict, but religion provides the most powerful tool for mobilizing the nation in response. This link between a religious “threat” and national identity is still powerful today. The surge of refugees into Europe over the past decade has led to the resurgence of Christian nationalism in Europe, with anti-immigrant groups promising to “keep Europe Christian” while the linkage between religion and anti-immigrant attitudes has continued to grow. The same pattern was present in the United States after September 11, when anti-Muslim hate crimes and pro-Christian rhetoric both surged.

Once nationalism becomes fused to religion, it has lasting political impacts. Religiously defined nations often seek to elevate to role of religion in society. This may take the form of constitutional protections for a specific religion, government subsidies to religious groups and religious schools, or religiously influenced or inspired social legislation. Limits on reproductive rights and the LGBTQ community are prime examples. Immigration and minority rights are also often directly impacted. When religion is central to the definition of the nation, it’s a short leap to the idea that non-believers don’t belong or should be dehumanized, and that can quickly lead to disasters like those in Myanmar, Bosnia, and Xinjiang.

A pattern emerges in which the early stages of immigration often lead to a nationalist backlash, but with time, diversity—including religious diversity—can itself become part of what defines a nation.

There is also hope. As societies become more diverse, the usefulness of religion as a tool for national mobilization wanes. A pattern emerges in which the early stages of immigration often lead to a nationalist backlash, but with time, diversity—including religious diversity—can itself become part of what defines a nation. The task in the meantime is to protect minorities until the national self-concept can evolve to a more inclusive one that sees religious diversity as an asset and not a liability. 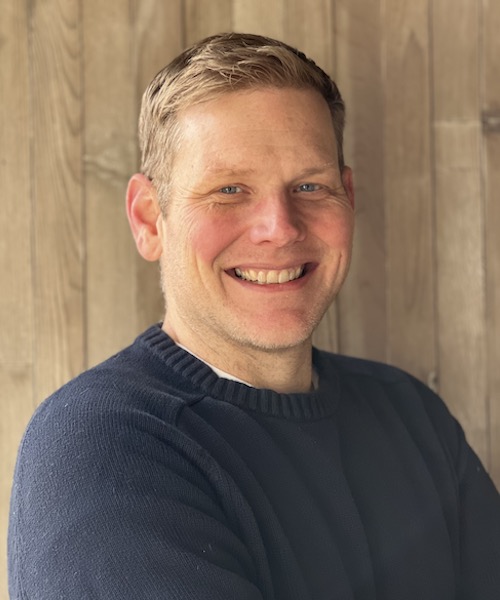 Philip W. Barker is associate professor of political science at Keene State College and host of The Politics Lab podcast. He is the author of Religious Nationalism in Modern Europe: If God Be For Us (2008). His research focuses on the causes and consequences of modern religious nationalism, with a particular interest in immigration and conflict.