In their early decades as independent states, India and Pakistan both sought to play down and even forget the violence of Partition. Their response was strategic: the leaders of both nations realized that any official recognition of these brutal events would not only detract from the achievement of freedom but would also run the risk of imperiling the religious minorities who might be held responsible for it in either country.

Without a single monument to mark it, Partition was, for many years, remembered only by two kinds of groups: religious ones on the far right which viewed the new states as being soft on belligerent minorities loyal to foreign powers, and those on the far left who saw these states as agents of a bourgeoisie loyal to international capitalism. Despite their vehement opposition to one another, it is striking how much these two movements shared in their conspiratorial visions of history.

Partition was a world-historical event immense in its destructive force, and so it is only right to remember it. Yet, forgetting is also a crucial virtue, both in moral and political terms.

Partition was a world-historical event immense in its destructive force, and so it is only right to remember it. Yet, forgetting is also a crucial virtue, both in moral and political terms; when paired with justice and forgiveness, forgetting is the only thing that stitches together societies divided by violence. As Gandhi had always said, European ideas of history and the national, communal, and other identities based upon it could only produce violence in attempts to either recover past glories or avenge past wrongs.

While Indian and Pakistani leaders in the period immediately following independence might not have been interested in justice and forgiveness, they understood the importance of forgetting. They also knew that to link their countries’ freedom with violence was a dangerous thing, if only for their own political futures. Not only could it delegitimize independence and threaten civil strife, but it also could make for an embittered and hysterical nationalism playing into the hands of their opponents on the right and left.

The first breach of this silence came neither in India nor in Pakistan and didn’t have Partition as its subject. It took the emergence of Bangladesh in 1971 out of a civil war to change the script of independence in the region. Bangladesh was created at a time when genocide and crimes against humanity had become viable legal categories internationally, and its nationalism was defined by these figures of horror. But having been unable to hold Pakistan or its army culpable for their crimes, its founders and their political heirs have focused on searching out traitors and collaborators from within.

When a history of violence overshadows ideas of freedom, the latter can either be sacrificed in its name or remain undeveloped, as seems to be the case in Bangladesh. Whereas 1947 is a meaningless number for Bangladeshis, despite the immense brutality it entailed for Hindus in the erstwhile East Pakistan, in India its violence became the subject of commentary and reflection only in the 1980s. This happened following the Sikh insurgency in Punjab, when it became clear that a great deal of unfinished business remained from Partition.

It took the emergence of Bangladesh in 1971 out of a civil war to change the script of independence in the region.

It was from this period that the formerly discreet references to Partition in art, cinema, and literature were transformed into academic studies and other, rather too obvious, invocations of freedom’s violence. Unlike the right- and left-wing emphasis on assigning responsibility for such violence to internal enemies, the liberal discovery of Partition entailed blaming both sides to acknowledge both their common humanity and inhumanity. The British could also be held responsible if required, and while they certainly deserved blame, such a move was meant only to exculpate one or another Indian group.

In Pakistan, Partition has only become a publicly debated issue quite recently. For unlike in India, where independence had always been a mixed blessing, given not its violence so much as loss of territory, in Pakistan it had signaled unalloyed victory following a brave struggle. To reflect on the violence of Partition in Pakistan, then, is to question the very legitimacy of the state. But have these recoveries of the region’s violent history given us a clearer idea of freedom or further obscured it?

The Surprising Failure of Communalism

Both scholarly and amateur explorations of Partition these days, especially those relying upon oral history, have come to displace traditional narratives about apportioning responsibility with more nuanced discussions of everyday life in 1947. Fascinating though they are, such stories stray even further from any inquiry into the idea of freedom. Indeed, they tend to reinforce long-standing accounts about communal or religious loyalties trumping nationalist ones at a time when the social and political order had broken down.

But did Partition in fact mark the triumph of communal loyalties if not outright hatreds? While historians have emphasized the importance of such violence, sometimes mitigated by the malign role of the colonial state, they have, for the most part, ignored the fundamental betrayal of religious allegiances that provided their context. For rather than demonstrating the power of communal loyalties, India’s partition illustrated the massive betrayal of those loyalties, as Hindus and Muslims willingly abandoned their coreligionists in both countries.

For rather than demonstrating the power of communal loyalties, India’s partition illustrated the massive betrayal of those loyalties, as Hindus and Muslims willingly abandoned their coreligionists in both countries.

Perhaps the trauma of Partition has little to do with the violence between Hindus, Muslims, and Sikhs. Instead, it is the still unspeakable memory and reality of betrayal—of treachery against one’s own religious community—which might inspire the rage of Partition in its own time as well as in our own. This was already clear in a number of the difficult conversations Gandhi had with refugees from Pakistan, and from literary and anecdotal evidence is certainly true of those who left India as well.

Maybe it is the imperial rather than the national character of these diverse societies that keeps them together, the mutual relations of citizens defined by neither love nor hatred but by indifference.

This means that the problem posed by Partition is not primarily an interreligious one, but something that needs to be addressed by each group internally. At the moment, such treachery is projected onto religious minorities in both countries. As far as Indo-Pakistani relations are concerned, Gandhi was surely right in saying that no peace between the two was possible until those who had been driven away were given rights to return and compensated for their losses of life and property by some form of contrition and restitution, incomplete as it would necessarily be.

And yet this betrayal was problematic not because it happened, but because it did so in such an incomplete way. For it has always been the unconcern of their citizens for each other that has kept India and Pakistan united. In other countries, insurgencies in places like Baluchistan or Punjab would have led to their fragmentation. But in South Asia, all this can happen in one province while others enjoy peaceable lives. Maybe it is the imperial rather than the national character of these diverse societies that keeps them together, the mutual relations of citizens defined by neither love nor hatred but by indifference. 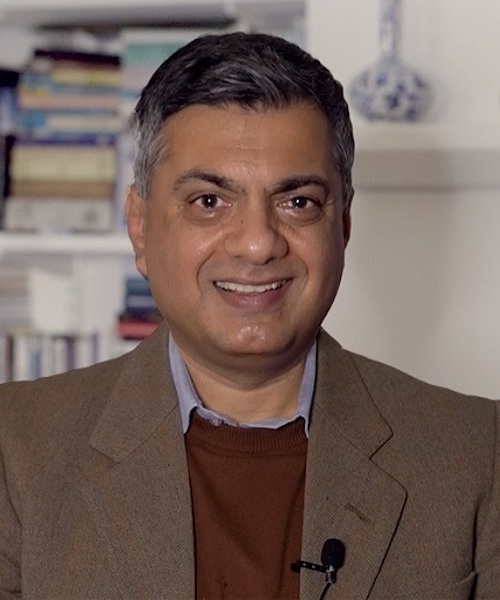 Faisal Devji is professor of Indian history at the University of Oxford, where he directs the Asian Studies Centre. His recent books include Muslim Zion: Pakistan as a Political Idea (2013) and The Impossible India: Gandhi and the Temptation of Violence (2012).