Observers of Russia and the Russian Orthodox Church often resort to speculation. As in the Soviet days, we’re always looking to see who is in the picture, and who has been whited out. With COVID-19 taking its greatest toll in Russia since the beginning of the pandemic, we may wonder whether we can finally unravel “the riddle wrapped in a mystery inside an enigma” (Winston Churchill). Perhaps not. But we are again learning that Russia’s Orthodoxy, despite the church’s closeness to the regime, is diverse and multifaceted. It influences the way Russians think about COVID in subtle and unexpected ways.

The Russian Federation, like many other Western nations, was slow to take the coronavirus seriously. Denial that it was all that dangerous was followed by debate about how best to control it. President Putin cancelled public appearances, conducted business via teleconferencing, and left it to regional governors to take specific hygienic measures. Sergei Sobianin, mayor of Moscow, assumed a particularly prominent role, ordering at different points masking and lockdowns.

Russia’s Orthodoxy, despite the church’s closeness to the regime, is diverse and multifaceted. It influences the way Russians think about COVID in subtle and unexpected ways.

When the virus began to spike in spring 2020 (during Orthodox Lent), Patriarch Kirill followed Putin’s lead. At first, he ordered that communion no longer be administered with a common spoon. Then, he appealed to the faithful to remain at home, although he allowed bishops to determine local policies for in-person worship.

In some dioceses, church and state authorities clashed. When the governor of St. Petersburg ordered churches to close, the bishop threatened to take him to court. There and elsewhere, some believers defied state restrictions in order to attend Holy Week and Easter services, the high point of the Orthodox year. Afterward, several monasteries suffered devastating outbreaks of COVID. The head of the Holy Trinity-St. Sergius Lavra, Russia’s most ancient and renowned monastery, later lamented that worshippers, by demanding to gather in-person, had sacrificed their priests to COVID.

As in the United States, response to the pandemic quickly became politicized. Members of the church’s small, more progressive wing accused church hierarchs of underreporting the number of deaths of bishops, priests, and monastics. At the opposite end of the spectrum were those who evoked the memory of Soviet persecution and accused the state of interfering in the church’s internal affairs (and scolded church hierarchs for yielding). Some believers denied that one could contract the virus in a holy place, such as a church, or by means of the Eucharist, Christ’s very body and blood.

Some believers denied that one could contract the virus in a holy place, such as a church, or by means of the Eucharist, Christ’s very body and blood.

Perhaps the greatest enigma—not limited to Russia—is why so many people have chosen not to get vaccinated. Although Russia’s scientists developed the first COVID-19 vaccine, Sputnik-V, few Russians (perhaps 25%) have taken it. Even as he touted its effectiveness and promoted exporting it abroad, President Putin waited for nearly nine months to be vaccinated. Only then did Patriarch Kirill follow suit, while emphasizing that the church had no official position on the matter. Vaccination continues to be so unpopular that Russian authorities are now contemplating coercive measures. In the meantime, the country has recorded hundreds of thousands of excess deaths.

One factor has been the government’s reluctance to acknowledge how deadly COVID-19 is. Millions of contractions have never been recorded because authorities did not demand that people get themselves tested. Tens of thousands of deaths that in the West would have been attributed to COVID have, in Russia, been assigned to secondary factors, such as heart attacks and pneumonia. Only recently, as yet another wave of infections has paralyzed Moscow, have officials finally acknowledged the severity of the situation.

Orthodoxy, too, has shaped Russians’ response, although the story here is complicated. On the one hand, religious observance, if measured by attendance and participation, is very low—by some estimates, less than 1% of Moscow and only 7 to 8% in the nation as a whole. On the other, Orthodoxy as part of Russian identity—and as part of Russian mentality—remains vital. Most ethnic Russians choose to baptize their children; they drop into churches to light candles before icons; they ask priests for blessings. Church and state leaders regard the Orthodox heritage as a source of national unity and pride.

Even many “secular,” non-churchgoing Russians believe that they enjoy the special favor of the Almighty when they honor the church and defend the nation. The protective veil of the divine may not make them or their country invincible or render a virus harmless, but when faced with adversity, they tend to wait, to put things into the hands of God (some would say “fate”), and to see how things turn out. Moreover, Russians, unlike Americans, are not used to annual flu shots or wellness exams, and self-medication (with alcohol) is more common than going straight to the doctor.

What all this adds up to is that Russians do not like to admit publicly to personal or national weakness, even when COVID is raging. They want to appear strong, and they want others (beware, President Biden) to acknowledge how strong they are.

Metropolitan Hilarion Alfeev, head of the Department of External Church Affairs and often the patriarch’s spokesman to the West and to more liberal Orthodox believers, was recently reported as saying that a refusal to get vaccinated constitutes a sin. Hilarion was vaccinated nearly a year ago, well before Putin and Kirill, and has consistently called for Russians to get vaccinated. His comments were, in fact, more subtle (what would be sinful, he asserted, is causing the death of another by transmitting COVID), but of particular interest was how he used national-nationalistic categories to make his case.

When we in the West focus on the church’s loyalty to the Putin administration, we easily miss the complexity of Orthodoxy in Russia.

When we in the West focus on the church’s loyalty to the Putin administration, we easily miss the complexity of Orthodoxy in Russia. For one thing, anti-liberal Orthodox forces are strong, and they are as suspicious of President Putin (and Patriarch Kirill) as they are of the West. But most Russians are religious in a more ambiguous way. We would do well to pay greater attention to the enigmas of their “everyday” Orthodoxy. 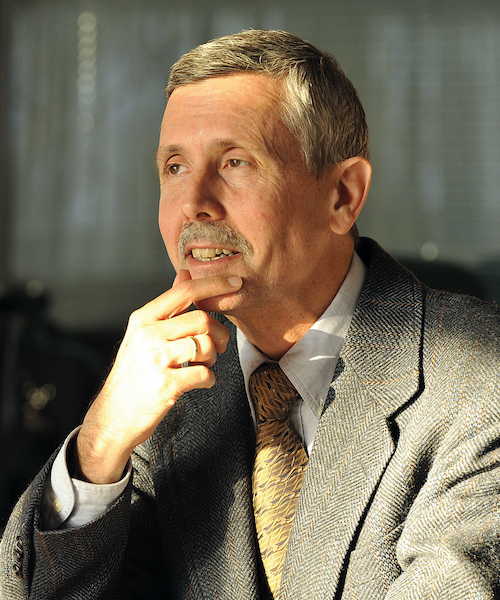 John P. Burgess is professor of theology at Pittsburgh Theological Seminary and the author of Holy Rus’: The Rebirth of Orthodoxy in the New Russia (2017). He has twice been a Fulbright Scholar to Russia (2011, 2018–2019).