Resurgent Stalinism and a Renegade Monk in the Urals

Since Russia’s illegal annexation of Crimea in 2014, the Russian Orthodox Church hierarchy has increasingly become the captive of its nationalist and fundamentalist wing. Nothing illustrates this more clearly than the remarkable career and dramatic downfall of the priest and monk Sergii (Nikolai Vasil’evich Romanov, b. 1955), a former policeman and convicted murderer who embraced Orthodoxy in the 1990s while serving his 13-year prison term in a colony near the city of Ekaterinburg in the Ural Mountains. Although his crime theoretically disqualified him from the priesthood, Romanov ultimately succeeded in entering one of the new monasteries founded after the dissolution of the USSR. The church’s desperate need for manpower and resources after 70 years of anti-religious persecution helped him to advance in his clerical calling. Riven by scandals at the end of the 1990s, the Ekaterinburg diocese was looking especially for men with Romanov’s organizational and networking skills, and he received a strong recommendation from his former prison warden. Moreover, Ekaterinburg, the site of the assassination of Nicholas II, Russia’s last emperor, gained new importance in August 2000 when a church council canonized the royal family.

Since Russia’s illegal annexation of Crimea in 2014, the Russian Orthodox Church hierarchy has increasingly become the captive of its nationalist and fundamentalist wing.

By the end of that year, the new monk had been tapped to serve as the abbot of the monastic complex that was being built at Ganya’s Pit, the mine shaft where Bolshevik assassins had initially tried to dispose of the remains of the imperial family. Sergii successfully found wealthy patrons to finance the immense costs of the new construction. Despite his criminal past and his complete lack of theological education, Sergii was ordained a priest in 2001 and oversaw an intense period of church-building while he was abbot. The cult of the newly canonized martyrs attracted pilgrims and donors from Russia and around the world. A special annual icon procession on July 17, commemorating the anniversary of the assassination, attracts thousands to the holy site.

Although devoted to the veneration of Nicholas II, Sergii was quietly removed from his position as abbot in 2005 because of his scandalous behavior. By all accounts an authoritarian leader, Sergii had exploded in anti-Semitic rage when he discovered that the prominent Russian Jewish singer Aleksandr Rozenbaum had contributed money for the construction of a bell tower. In addition, Sergii was expelled from seminary because he completely neglected his courses, which he was taking by correspondence. Nevertheless, his bishop assigned him the significant task of establishing a new convent near the town of Sredneuralsk.

Although devoted to the veneration of Nicholas II, Sergii was quietly removed from his position as abbot in 2005 because of his scandalous behavior.

As subsequent court cases showed, Sergii resorted to criminal tactics to succeed in his new position. Threatening neighboring farmers with violence, he cut off their access to water and transportation in order to gain possession of their land. By his own admission, he spent enormous sums to bribe government officials to bypass the tax system. He opened an unregulated orphanage on the convent grounds. Deep in the taiga, his followers built a network of hermitages whose exact locations were kept secret, even from diocesan officials. In a 2013 complaint to the local government, the Orthodox journalist Raisa Ilyina formally accused the priest of exploiting his vulnerable followers, especially the children in his care—accusations later confirmed by an investigative commission in 2020.

Despite increasing evidence of Sergii’s misdeeds, his ecclesiastical superiors closed ranks around him. In 2013, far from investigating Ilyina’s serious accusations, the Ekaterinburg diocese produced a film celebrating the new convent and lionizing its father confessor as a holy elder and master of prayer, like those of imperial Russia. In his striking black and white vestments, Sergii certainly played the holy man convincingly, and his new bishop, Metropolitan Kirill (Nakonechny), spoke in glowing terms of his devotion.

One year later, after the Crimean annexation, Sergii became an ever-more famous spokesman for Orthodox nationalism and for the growing cult of the royal family. Orthodox activists produced a second film, The Confessor, that further glorified Sergii as a clairvoyant ascetic. The right-wing Crimean prosecutor and politician Natalia Poklonskaya—a strong proponent of Russia’s illegal invasion of Ukraine—became one of Sergii’s fervent admirers and made pilgrimages to his convent. Sergii likewise traveled to Crimea at the invitation and expense of its new head, Sergei Aksyonov.

One year later, after the Crimean annexation, Sergii became an ever-more famous spokesman for Orthodox nationalism and for the growing cult of the royal family.

The monk’s increasingly radical sermons were broadcast via YouTube and VKontakte (a Russian version of Facebook). In 2017, Sergii helped lead the Orthodox effort to censor the film Matilda, which portrayed Emperor Nicholas II’s love affair with the ballerina Matilda Kshesinskaya. He was also performing exorcisms on young girls, freeing them from the demons of modern technology, including the “Prince of Darkness iPhone, the spirit of sorcerers.”

A great admirer of Joseph Stalin, whose portrait hung prominently in his cell, Sergii sought to whitewash the dictator’s bloody role in the persecution of the church. In this respect, Sergii perhaps was not so different from many of his countrymen. As of 2019, 70% of Russians believed that Stalin’s role in history was entirely or mostly positive. Stalin led the Soviet Union to victory in the Great Patriotic War (as most Russians call World War II), and 89% of Russians surveyed in 2020 picked victory in the war as the event that made them most proud. As the novelist Sergei Lebedev remarked to a New York Times reporter in 2018, the Putin regime is “trying to establish an unbroken link between the czars and Stalin’s Russia.”

Citing a fictional version of Stalin’s last will and testament that circulates widely among nationalist extremists, Sergii claimed that the Soviet dictator was secretly a devout Orthodox Christian. “I never was a genuine revolutionary,” Stalin declared in the fictional will. “My entire life has been a ceaseless struggle against Zionism, whose goal is the establishment of a new world order dominated by the Jewish bourgeoisie.” To reconcile his veneration of the imperial family with Stalinist achievements, Sergii turned to an ugly anti-Semitism and simply erased the history of Soviet anti-religious persecution.

Citing a fictional version of Stalin’s last will and testament that circulates widely among nationalist extremists, Sergii claimed that the Soviet dictator was secretly a devout Orthodox Christian.

Despite his increasingly controversial positions and the suspicions of child abuse that hung over his convent, Sergii’s extensive networks of support made the hierarchy reluctant to discipline him. Cossacks and veterans from the Donbas conflict in Ukraine arrived at the monastery to support their father confessor and to serve as his security guards. In January 2020, weeks before the coronavirus lockdown, Sergii declared that President Putin had been replaced by his body double, and that Jews had taken over the Russian government. Only after his repeated condemnation of public health measures against the pandemic was Sergii defrocked (in July) and excommunicated (in September). Yet even then, he remained in control of his convent until his arrest by special forces on December 29, 2020.

In aligning itself with Putin’s authoritarian regime, the church hierarchy has gained many benefits, from state subsidies to military chaplains to required religious education in public schools. However, this choice has also strengthened the kind of extremist nationalism, laced with virulent anti-Semitism and nostalgia for Stalinism, that Sergii represents. This rebel monk’s ability to defy his bishop and remain in control of an Orthodox holy site for many months shows the power of his hateful ideology. 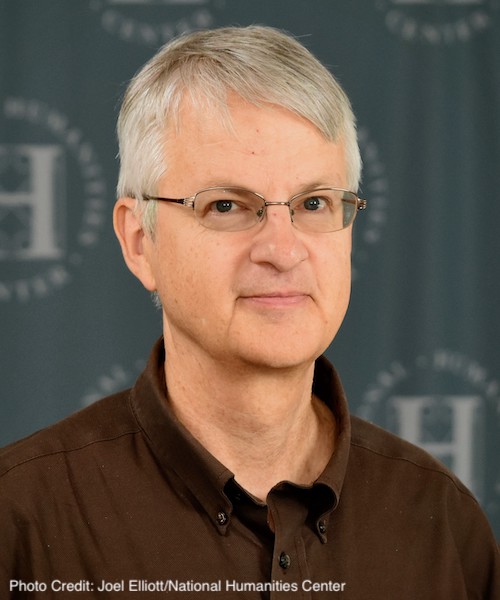 J. Eugene Clay is associate professor of religious studies at Arizona State University, where he writes and lectures about the history of Christianity and religious movements in Russia and Eurasia. His latest book is the edited volume Beasts, Humans, and Transhumans in the Middle Ages and the Renaissance (2020).