Orthodoxy 2.0: Practice of Faith and Performance of Social Distancing

Imagine a situation: the world rushes into dystopian chaos as the novel coronavirus spreads across the globe. Little is known about COVID-19 apart from the noticeable deadly effects on public health and general well-being. Governments enforce new practices of social distancing and compulsory sanitary regulations in parallel with draconian lockdowns and strict isolation rules. Face-to-face contact is reduced to an absolute minimum: #2020! Now zoom into (or Zoom into) the cultural spaces dominated by Orthodox Christianity. Orthodox churches full of parishioners and clergy locked in church buildings for an entire Easter night service proceed with communion from the same spoon while wearing masks, maintaining two-meter distancing, sanitizing hands, and wiping icon surfaces. People in need of empathy, solidarity, and care gather inside the churches to receive spiritual guidance and embrace faith in times of disorienting global crisis.

This “affective” side of such a religious atmosphere would not be necessarily distinctive if not for the counterintuitive and dichotomous character of the religious practices employed in the Russian Orthodox Church (ROC). And if one takes into consideration the fact that Orthodox Christianity accounts for approximately 260 million believers globally, more than three-quarters (77%) of them living in Europe, the significance of novel (whether temporary or recurring) practices should not be underestimated. On the one hand, the churches around both foreign and domestic eparchies of the ROC ensured that parishioners could embrace at least two of the Orthodox Christian faith’s seven foundational sacraments: confession and communion. The priests of the Ukrainian Orthodox Church of the Moscow Patriarchate (UOC-MP) at large spoon-fed the parishioners, overwhelmingly elderly people, with bread and wine taken from the chalice using the same spoon.

This 'affective' side of such a religious atmosphere would not be necessarily distinctive if not for the counterintuitive and dichotomous character of the religious practices employed in the Russian Orthodox Church.

Eparchies of the ROC organization engaged in what Tymofii Brik and I call “performative security.” What we observed in studying the ROC in Ukraine drawing on an analysis of official statements, media, in-depth interviews, and surveys, for example, was how such collective action in the form of performative security centers around the theme of potential threats to faith. Now let’s unpack this a little bit.

We find how threats to faith operate in the form of narrative practice. As the argument goes, faith, Christianity, and religious practice are in danger once parishioners do not “attest their loyalty to God” in turbulent times of crisis, manifesting itself in attending religious services, taking communion from the same spoon, and observing the mass. Therefore, parishioners must develop well-coordinated social action against the perceived threats to faith by performing adherence to the necessary public health security regulations. For example, while performing security, a priest could obey social distancing law (no more than ten people in a church) but also make sure that people pray and kiss the icon because otherwise, they will not be protected from the virus (the practice observed in the eparchies of the ROC in both Ukraine and Russia).

As the argument goes, faith, Christianity, and religious practice are in danger once parishioners do not 'attest their loyalty to God' in turbulent times of crisis.

Now, to what extent were these religious practices reflected in the lived religious experiences of priests and laypeople? In Nancy Ammerman’s conceptualization, lived religion can be considered a social practice which has such components as embodiment, materiality, emotional expressions, aesthetic symbols, moral judgments, miracles, and spiritual experiences. Our data of official statements and in-depth interviews with priests showed that the ROC in Ukraine indeed employed all of these layers of social practice while “doing security.” First of all, churches emphasized that religious commitment during the pandemic could improve physical health (embodiment). They also stressed the importance of communion in holy places to protect health (materiality). We also observed that priests addressed COVID-19 as merely a potential threat—not a well-established and manifest danger—that signifies “godly punishment for human sins.” According to this narrative, faith protects against the potential risk of the pandemic. Therefore, faithful people should attend masses and perform religious rituals with particular care and focus, since it is crucial for survival. Moreover, the state should allow religious worship, since this is the best way to ensure faithful people’s safety.

New rituals—for example, a prayer of protection against COVID-19, kissing the icons, and formal compliance with some of the state’s regulations such as sanitizing—were meant to ensure the fulfillment of security among congregations. Furthermore, specific emotional expressions and aesthetic symbols were employed to justify religious gatherings despite social distancing. For example, in Ukraine, some churches systematically stressed the value of asceticism and sacrifice as powerful altruistic emotions to control church attendance. Considering moral judgments, Orthodox churches insisted that the state was obliged to allow religious rituals to help people during the crisis and ensure collective security. Moreover, the UOC-MP appealed to the moral judgment against oppression. Finally, Orthodox clergy often issued reminders about miracles and spiritual experiences of communion as critical aspects of saving souls and bodies during the pandemic.

New rituals—for example, a prayer of protection against COVID-19, kissing the icons, and formal compliance with some of the state’s regulations such as sanitizing—were meant to ensure the fulfillment of security among congregations.

Priests on various levels of the ROC publicly emphasized that the pandemic is a major threat to individual, national, and state security. However, the ROC as an organization did not commit to this story entirely. While stressing the importance of social distancing, the ROC in Ukraine, for example, insisted that the churches could not be closed. They negotiated different church attendance options. Moreover, they often violated basic public health policies. “Doing security” helped them to challenge or confront political power, since it made them look like credible public institutions performing the legally enforced regulations. Moreover, performative security helped them to engage in teleological dualism and eschew eschatological determinism. Churches were able to adapt religious rituals and narratives using the issue of individual security of body and soul as a reasonable excuse.

The response of churches to the ongoing pandemic generates significant policy implications. Societies have become divided along the lines of three binary discourses: 1) adamant secularist discourses in favor of stricter centralization of power, portraying authoritarian regimes as a panacea to the global pandemic; 2) conservative religious discourses that portray COVID-19 as a test of faith, insisting that sacramental wine and bread, being holy, cannot transmit diseases; and 3) liberal discourses in favor of stricter secularist policies, yet not at the expense of rising authoritarian power consolidation and the sacrifice of privacy.

Knowledge about Orthodox churches worldwide and about cross-national variation in Orthodox conservatism are of paramount importance for regulating social issues in southern and eastern Europe.

Given the high popularity of churches in those societies where Orthodox Christianity is a majority religion, how churches respond to crises has an immense impact on public health. Therefore, knowledge about Orthodox churches worldwide and about cross-national variation in Orthodox conservatism are of paramount importance for regulating social issues in southern and eastern Europe, as well as other countries with Orthodox populations. Whether performative security provides a useful theoretical framework for analyzing religious behavior in other societies needs to be tested across a broader comparative-historical context beyond the ROC and its eparchies abroad. However, in the contexts where religion takes an organized form, performative security could reveal a novel form of communication of meaning in the context of broader macro-cultural repertoires. 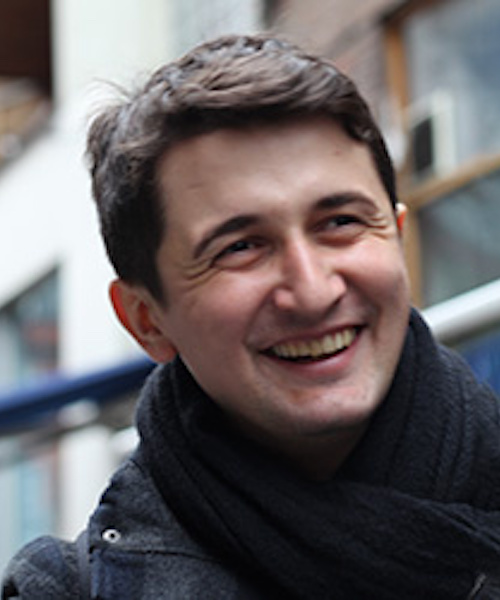