The global COVID-19 crisis has revealed divisions in Russian Orthodoxy that were latent and ready to be brought to light under the right circumstances. It is not a secret, for instance, that the positions of numerous clerics and a part of the laity in the Russian Orthodox Church (ROC) are radically different from the positions of the official church leadership. Many of the former venerate figures who are not recognized by the Russian Patriarchate, while they condemn as “heresy” the ecumenical movement in which ROC participates. This division between a large part of the faithful and the official church became even more evident during the current health crisis. An important element of this division is a grassroots church movement, a kind of “deep orthodoxy” that rejects all kinds of nationwide campaigns initiated by the state authorities.

In Russia the governmental authorities had until now a close cooperation with the ROC to such an extent that Metropolitan Hilarion, chair of the Department of External Church Relations, rebuked those who refused to get vaccinated, calling them “sinners who would have to atone for their guilt for the rest of their lives.” While the ROC is slow to react to changes that have to do with modernity and defends so-called traditional values both inside Russia and internationally, it acted surprisingly quickly and accepted willingly many of the government’s restrictive measures concerning the COVID-19 crisis, while it adopted a series of sanitary measures in the churches such as the disinfection of the spoon that is used for Holy Communion.

In Russia the governmental authorities had until now a close cooperation with the ROC to such an extent that Metropolitan Hilarion, chair of the Department of External Church Relations, rebuked those who refused to get vaccinated.

Nevertheless, a large part of the clergy and laity reactеd negatively to these restrictions despite the fact that the ROC is one of the social institutions in Russia that is most affected by COVID-19. According to some estimates, the virus has already infected about 7% of its clergy, and some prominent hierarchs have died. The virus has also hit hard many famous monastic complexes such as the Trinity Lavra of Saint Sergius, the Saint Seraphim-Diveyevo Monastery, the Pskovo-Pechersky Monastery, and others. Still, it seems that the reactions against the measures originate also from monastic circles who interpret the deaths from the virus “mystically,” blaming it on God’s wrath and apostasy. In this light, the revolt of the Sredneuralsk women’s monastery is not surprising. The rebels demand a return to the “purity of faith,” a typical slogan for Orthodox fundamentalists. They also demand a church trial for Patriarch Kirill and those hierarchs who have rejected the faith. Such allegations show the rather militant character of the rebels, and it is not a coincidence that these events took place in the backdrop of the pandemic.

Reactions of this kind are not the first in the history of the Orthodox world and the Russian church. Actually, churches became the source of the spread of infections due to mass gatherings even before the eighteenth century, as maintained by the text “The Russian Church in the Period of Epidemics: A Historical Outline,” which can be found on the official website of the Moscow Patriarchate. During those times churches were also closed, priests were punished due to the continuation of liturgical services, and there were also special instructions for performing the sacraments along with sanitary precautions. Similar examples can be also found in the Greek Orthodox tradition as witnessed by the Rudder (one of the most authoritative Orthodox canonical collections, first published in Leipzig in 1800), or by the cases of the islands of Egina (1828) and Syros (1854). However, it seems that all of this is absent from the memory of many of the contemporary Orthodox Christians.

Reactions of this kind are not the first in the history of the Orthodox world and the Russian church. Actually, churches became the source of the spread of infections due to mass gatherings even before the eighteenth century.

During the current situation two trends have emerged among large groups of clergy and laity. The first is a new kind of conspiratorial fundamentalism which maintains that the ultimate goal of vaccination is the establishment of a world government led by the antichrist, who will be able to control the behavior of people. Such preposterous views are heard not only in sermons of radical Orthodox but are also propagated through some official church documents. For example, the synod of the Orthodox Church of Moldova, which is a semi-autonomous part of the ROC, issued on June 30, 2021, a statement maintaining that the COVID-19 vaccine allows “the global antichrist system to inject microchips into people’s bodies in order to control them using 5G technology.” Similar views are disseminated in other countries of Orthodox majority such as Greece, Serbia, Bulgaria, Romania, etc.

Although the Moldovan document has been posted on some of the official websites of the ROC, the prosecutor general of the Russian Federation considers it “unreliable information disseminated under the guise of reliable one.” The issue is that for many believers, such statements are much more authoritative than the position of the prosecutor of the Russian Federation. Of course, the leadership of the ROC is also responsible for the emergence of such preposterous and unreasonable statements. For years now, the ROC has adopted the discourse of a traditional religious worldview that, according to Alexander Verkhovsky, encourages a “utopian project of partial return to pre-modern society.” Simultaneously, it opposes the “secular West,” questioning or rejecting outright liberal civic and political values. If we take into account that the scientific method is mostly an achievement of modernity, we can understand the reasoning behind these excessive reactions against the health measures during the COVID-19 crisis.

If we take into account that the scientific method is mostly an achievement of modernity, we can understand the reasoning behind these excessive reactions against the health measures during the COVID-19 crisis.

The second trend that emerged is a martyrdom mentality that promotes resistance to the “godless authorities,” which supposedly require the renunciation of Christ. This kind of discourse is very common in sermons and church pedagogy and is embedded in the social teaching of the church. Probably the closing of the churches, the sanitary restrictions, and the image of powerful authorities who impose their positions on the ROC have influenced the collective consciousness of many believers, reminding them of the past Soviet restrictions and the imposition of government authority onto the church. Suddenly, bishops who obey the government precepts fall into the archetypal image of the apostates, while monks and clergy who oppose the governmental and official church authorities are considered “true Orthodox” believers.

In addition, the COVID-19 crisis might also impact the resilience of the “Russian world” theory (Russkiy mir), an ideological and political invention serving Russian national interests, as well as its cultural and ecclesiastical hegemony over the former Soviet countries, including Ukraine. This model—which is related to what Alexander Verkhovsky terms Russian “civilizational nationalism”—has been officially adopted and openly promoted by the Russian Orthodox Church and Patriarch Kirill. The “Russian world” ideology represents a peculiar case of symphonia, or mutual cooperation and interest, between church and state—this always bears the possibility of a confrontation that can result in conflict and division. This kind of symphonia between the ROC and the Russian state was played well for many years, but it was based on a kind of Machiavellian model—as Rev. Dr. John Chryssavgis states, “the state uses the Church to advance its revisionist and revanchist agenda, while the Church uses the state to fulfill its own hegemonic ambitions.” Undoubtedly, the coronavirus crisis has brought forth an awkward moment that points out the strong alignment of the ROC and the Russian state, along with the many drawbacks that such an alignment entails especially for the church, which is indebted to the state and must act as its strong ideological arm.

The coronavirus crisis has brought forth an awkward moment that points out the strong alignment of the ROC and the Russian state, along with the many drawbacks that such an alignment entails especially for the church.

During the pandemic, Patriarch Kirill has lost his influence over a significant part of the church and his authority is greatly shaken. Probably the COVID-19 pandemic marks a new stage in the life of the ROC that will be even more problematic than before. Until now, the ROC was exclusively an ally of the Russian state in its struggle against external modernist or Western “threats,” but the propaganda for traditional pre-modern values generated forces that have turned against the Russian state itself, considering it a godless destroyer of ancient traditional ways. Many believers are suspicious of the state, and this is an essential feature of popular religiosity in Russia that can undermine the existing system of church-state relations. It is difficult to predict how quickly these changes will emerge and what will change in the relations between church and state in Russia. However, one is sure that two different trends have emerged in the ROC in the wake of the pandemic: a group of church leaders and bishops that is loyal to the state and another group of various believers and church figures that is disloyal both to the state and to the official church authorities. 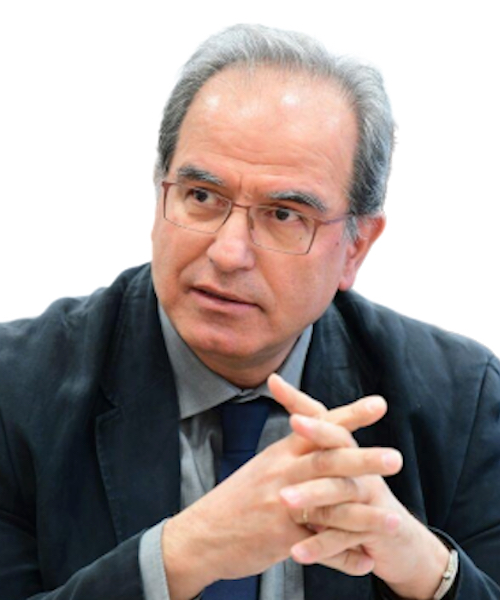 Dr. Pantelis Kalaitzidis is director of the Volos Academy for Theological Studies (Volos, Greece), and member of the Executive Committee of the European Academy of Religion (Bologna, Italy).