After months of speculation, in late September 2019 the Trump administration announced the refugee ceiling for the 2020 fiscal year. A maximum of 18,000 refugees will be allowed into the United States, the lowest number since the creation of the modern refugee resettlement program in 1980. The new ceiling represents a marked decrease from the limit of 30,000 refugees during the previous fiscal year and an even further decline from the 110,000 refugees allowed into the country by President Barack Obama in 2016. Alongside the new ceiling, President Donald Trump also signed an executive order allowing state and local governments to block refugee resettlement in their jurisdictions.

Leaders of faith communities and humanitarian organizations from both sides of the political aisle have been quick to critique the new policies. Church World Service President and CEO Rev. John L. McCullough called the recent decision “nothing short of a refugee ban.” Bishop Joe S. Vásquez, chair of the Committee on Migration of the United States Conference of Catholic Bishops, criticized the executive order for “creating a confusing patchwork across America of some jurisdictions where refugees are welcomed and others where they are not.” And conservative activist Tony Perkins, chair of the U.S. Commission on International Religious Freedom, urged the administration to extend its commitment to advancing religious freedom to its refugee resettlement policy.

The Trump administration, however, has cited the increasing number of asylum seekers from Central America as justification for the change, arguing in a State Department press release that the “current burdens on the U.S. immigration system must be alleviated before it is again possible to resettle large numbers of refugees.” The lowered refugee resettlement ceiling is likely to spur continued debate over the number and role of refugees in American society, particularly as the 2020 presidential election fast approaches.

This week the Berkley Forum asks: How will the recently lowered refugee ceiling impact the work of faith-inspired organizations and religious communities, which play leading roles in the U.S. refugee resettlement process? How might the decision affect the global refugee crisis? With these limits in place, what kind of ethical and legal principles should guide decisions regarding refugee admission? How can faith-inspired actors make their voices heard in a highly polarized, partisan environment? 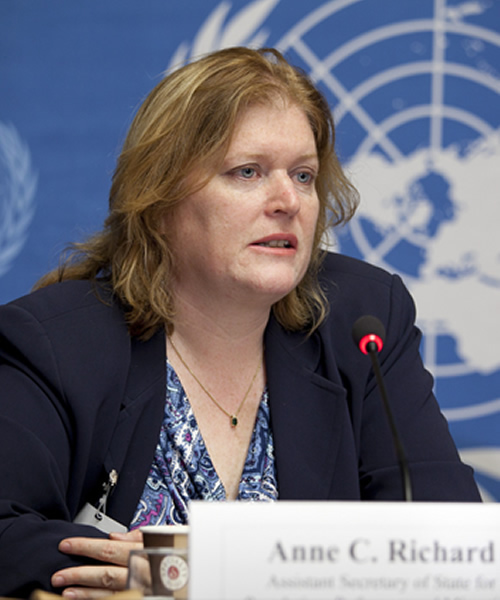